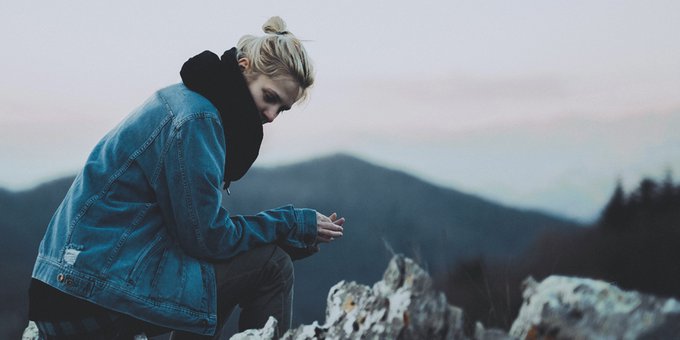 The Character of God: Rest Your Head on His Sovereignty

Erin Davis | God & Truth | Comments
Editor’s Note: Special thanks to Sarah Walton for sharing with us this series on the character of God (Visit us every Wednesday for more!) from her blog. We think you’ll see quite a few familiar faces among the writers! —Laura Elliott

“You planned evil against me; God planned it for good
to bring about the present result—the survival of many people.” (Gen. 50:20)

There is a mysterious hiding place, a cave of sorts that only Christ’s followers know where to find. It is a space visible only on the topography of our hearts. We can run there when that chaos of a sin-filled world overwhelms us. It’s a cleft we tuck ourselves into when more personal sorrows and struggles make us weary and weak, a deep space of knowing that which no one can ever take from us. What is it? The absolute sovereignty of God.

To say God is sovereign is actually redundant. Of course He is, or He would not be God. Still, it’s good to remember what God meant when He declared,

Remember what happened long ago,
for I am God, and there is no other;
I am God, and no one is like me.
I declare the end from the beginning,
and from long ago what is not yet done,
saying: my plan will take place,
and I will do all my will.
(Isa. 46:9–10, emphasis added)

God has supreme authority. He’s in charge. Period. Initially this might not feel like a comforting quality. Perhaps talk of God’s sovereignty causes you to picture a stern disciplinarian or political tyrant who demands absolute obedience. In truth, the sovereignty of God is a pillow we can peacefully rest our heads on at night.

God’s supreme authority is our supreme comfort because if God is in control, we need not be. If God is in control then the forces that seem to be manipulating our destiny: our health, our relationships, our political landscape, our government, our sin patterns, our weaknesses, our heartache . . . all other forces must submit to the sovereignty of God. Their reach in our lives goes only as far as our sovereign God allows them to go.

Sovereign in Every Pit

Consider Joseph. The book of Genesis tells us that he was thrown into a pit by his jealous brothers (37:24). As he sat in the dark, rejected by his family and helpless to escape, what comfort could he possibly hold on to? He could cling to the sovereignty of God knowing that his accusers were ultimately not in control of his life. God was in control, and there is no pit outside God’s jurisdiction.

Later Joseph was falsely accused of sexual misconduct and thrown into another pit (39:19–20). This one had bars. Once his reputation had been stripped away along with all of his earthly possessions, where did Joseph find his rest? No jailer could reach into the place of true hope that existed inside of him. No accusation could erase what Joseph seemed to know in the marrow of His bones—in every circumstance, no matter how seemingly desperate, God is in control.

God’s sovereign hand is often easier to trace in hindsight. Through a lifetime of highs and lows, triumphs and tragedies, at the end of Joseph’s story he declared what had always been true: God was at the helm. In an epic speech to the brothers that cast him out, Joseph showed his hand.

But Joseph said to them, “Don’t be afraid. Am I in the place of God? You planned evil against me; God planned it for good to bring about the present result—the survival of many people.” (Gen. 50:19–20)

Joseph could let go of judgment because of the sovereignty of God. What else could he let go of?

Each amounted to nothing in light of God’s ultimate control. In the pit and in prison, Joseph didn’t lean against cold, stone walls. He leaned against the sovereignty of God. Knowing that God is on the throne and cannot be deposed transforms every hard place.

His Sovereignty, Your Shelter

The character trait that we can cling to is the sovereignty of God. He has always been in control. He is in control today. He will be in control forever. Child of God, run toward that beautiful truth and find shelter.

Jesus, Yours, “is the greatness and the power and the glory and the victory and the majesty, for all that is in the heavens and in the earth is yours. Yours is the kingdom, O LORD, and you are exalted as head above all” (1 Chron. 29:11). Amen.

Previous Post Truth Still Sings When Memories Sting
Next Post When You’re in Distress, Ask Yourself This Question

The Character of God: Two Anchors for the Storms of Life

The Character of God: Wisdom in the Garden

The Character of God: An Anchor Unshifting

The Character of God: Resting in His Power

The Character of God: The Lord Is My Helper