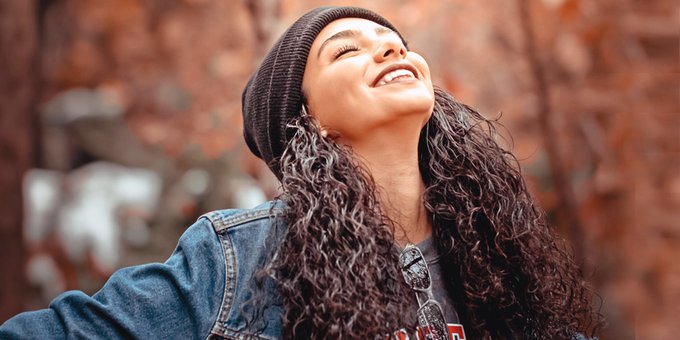 41% 41%
Give Today Give Today
Editor’s note: Special thanks to Sarah Walton for sharing with us this series on the character of God (Visit us every Wednesday for more!) from her blog. We think you’ll see quite a few familiar faces among the writers! —Laura Elliott

The kitchen table is strewn with stray cornflakes, dribbles of milk, and precariously positioned cups. Small hands hold firmly to spoons and bowls, and there’s a constant flow of chatter while cereal is shoveled into mouths that are attempting to multitask eating and talking.

The debate is about power and which superhero would win a fight. My two sons have fully embraced the world of superheroes. A cape often flutters behind my youngest as we traipse around the grocery store, and my eldest is always looking for an opportunity to practice his Batman-style ninja kicks. My youngest is dressed as Spiderman now, and as a result is taking any knocking of his skills to be a personal affront. His brother disparaging our web-throwing friend means that we soon find ourselves in the very un-superhero-like situation of free-flowing tears from a Spiderman who needs a consoling cuddle.

Does It Really Matter?

Sometimes the debate spills into the spiritual realm, and the question comes as to whether God could do it . . . is He powerful enough to move a tree? Rescue someone? Climb to the top of a building? As imaginary worlds collide with the reality of our living God, the question is real and pertinent. Is God omnipotent? Is He all-powerful? Does He really have unlimited power when it looks like His name, people, and world are being battered? And does it matter? Does it have any bearing on my busy day?

It does matter because we need to be sure that God is able to deliver on all that He says He has done, is doing and will do. If there’s any doubt as to whether He can deliver, then we have every reason to hedge our bets and hesitate to throw our lot in with Jesus. Unless we know that God will win any power debate, we’ll be tempted to look around rather than up in order to figure out who or what to follow. We’ll be at the mercy of circumstances that are constantly changing, and following Jesus will seem like one of many possible options that may or may not land us in the right place.

As We Know God’s Power, We Trust His Words

Paul’s letter to the Ephesians is packed full of mind-blowing statements about God and what He is always doing. The first chapter is like a firehose of blessings and is intended to reassure and reorientate its readers. The underlying assumption is that God is powerful enough to guarantee and follow through on all that is being said. Given that the blessings stretch into “the heavenly places,” start before the foundation of the world, and sweep through into the end of time, we need rock-solid certainty that God is omnipotent if we’re going to trust Paul’s words and be reassured of who we are in Christ and what God is doing in and with the world.

From the other side of the blessings firehose, Paul prays that his readers would know God’s “immeasurable greatness” of power. He wants them to know the power that is at work in them, but the evidence for that power is seen in the raising of Christ from death to life. While that reveals astounding, unique power, Paul goes further, and speaks of the fact that God not only raised Christ but “seated him at his right hand in the heavenly places, far above all rule and authority and power and dominion.” God’s power reaches beyond this place, this age, and even this cosmos. As He seats Christ on the throne, “putting all things under his feet,” we know Him to be omnipotent. He’s the one who has unlimited power, and the one who is more than able to deliver on what He has said.

As we know God’s power, so we can trust his words. The blessings described in Ephesians 1:3–14 are real because they are declared by our omnipotent God. When loneliness hits and I don’t feel like I’m in God’s family, I am because He says I have been adopted. When my sin seems to knock the possibility of forgiveness away, I know I’m forgiven because of Jesus. When I begin to doubt whether throwing my lot in with Jesus was the right move, when the cost feels too great or other paths seem more sensible, I know that I’m running the right way because my omnipotent God is bringing all things together to sit under Christ’s rule. He has history in his hands and is powerfully working out His cosmic, magnificent plan. Again and again, Paul says that God is working it all out according to His purposes, unsurpassed in power and completely able to follow through on those grace-filled, love-driven purposes.

Amidst it all, the poignant words of verse 13 that declare “you also were sealed with the promised Holy Spirit when you heard the word of truth, the gospel of your salvation, and when you believed.” Our omnipotent, loving, pursuing God included us in these glorious realities when we heard and believed. It seems too simple, too lacking in effort, too gracious. But it is true, so we can trust that what’s said in Ephesians 1 is true of us as well as Paul—and anyone who is in Christ.

Cereal-scattering debates, cynical family members, the mocking media, and even our own doubting inner monologue fades into the background as we are amazed and delighted by the reality that our God is omnipotent and that these words are trustworthy and true.

The Character of God: Two Anchors for the Storms of Life

The Character of God: Wisdom in the Garden

The Character of God: An Anchor Unshifting

The Character of God: Rest Your Head on His Sovereignty

The Character of God: The Lord Is My Helper