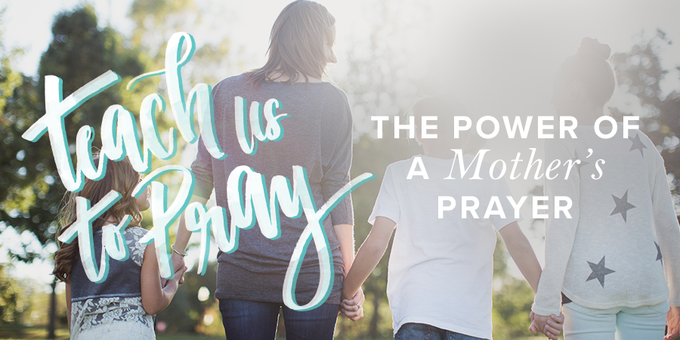 People all over the world have been impacted by the deeply moving hymn “Amazing Grace” written by John Newton. As I read about his life in The One Year Book of Christian History, I was so encouraged by the power of a mother's prayer.

John Newton's mother wasn’t able to raise him or see the fruit of her prayers in his life. She died when he was only six, but her parting gift to him was the prayer, uttered before she died, that John would become a minister.

Over the next thirty-three years, it looked as though her prayer was nothing more than a pathetic plea that made a mockery of her faith and trust in God. John followed his father to sea and eventually began working for slave traders. His heart was cold and hard and his life profane. He spiraled downward out of control until, like the prodigal son, he was hungry and destitute. He became the servant of a slave trader who brutally abused him and made him the slave of his mistress on one of the Plantain Islands off the Sierra Leone coast. He finally escaped and was rescued by a sea captain who had known his father. John again returned to the slave trade.

On the night of March 20, 1748, a terrific storm came upon his ship while they were at sea—as if God's wrath was blowing out of His mouth—and it continued into the following day. Newton was summoned to the helm, where he had time to reflect. He realized the wickedness of his sins and felt they were too great and too many to be forgiven.

His journal records the deliverance from the storm that day, as well as his spiritual deliverance. On March 21, 1748, God saved John Newton. He later wrote:

This is a day much to be remembered by me, and I have never suffered it to pass wholly unnoticed since the year 1748. On that day the Lord sent from on high and delivered me out of the deep waters.

It was another sixteen years before the final prayer of John Newton's mother was answered. In 1764, at the age of thirty-nine, John began a new life as a minister in the Church of England. It took thirty-three years for an answer, but clearly what God had placed on her heart and led her to pray was His purpose for her son.

We don't wait well, and many of us struggle with impatience over God's timing. Has God given you a burden for a child, a grandchild, a spouse, a sibling, or a friend? Does it look more impossible today than it did when you first began to pray? I wonder, if John Newton's mother had lived those thirty-three years, would she have lost all hope that her wayward son would ever become a Christian, much less a minister? Those years would have certainly tested her faith!

And I wonder if I have the faith to pray for thirty-three years or forty-nine years and not give up. God's ways are not our ways. He often puts a prayer on our heart, and we begin to pray with great hope and expectancy. Then things appear to get worse, and the years go by with no evidence that our prayers have even been heard.

Yet that prayer is like a seed, hiding in the rich, fertile earth, silently growing undetected. God will tend it, and we can be certain that if He called us to plant that seed, though He may water it with our tears and fertilize it with the sweat of our struggle, it will take root and grow and bear fruit on the earth!

So today I am encouraged to join with so many women through the ages who have prayed and waited for a loved one to be plucked out of the waters of their sin and delivered like John Newton.

We may reap on earth or we may reap only in heaven, but we will reap the harvest He calls us to pray for.

This encourages me (and I hope you, too) to pull out some old, worn prayers from my mental prayer box. Some of my prayers are twenty years old, some thirty or even close to forty. I confess to my Father that I have grown weary. It’s been too painful to pray, too hard to believe. The prayers seem to mock my zeal and the earnest faith with which I began praying.

Forgive me, Lord. My faith is small. Today I reach into my prayer box and bring these prayers before Your throne of grace. They are tattered and worn and have been soaked by my tears over the years. Yet they are precious. They are a part of me, a piece of the story You are unfolding in my life. I thank You today for each one as I dust them off and lovingly lay them before You.

I think each of you most likely have those worn prayers . . . or you will have them one day. I join my prayer with yours knowing that the One who calls us to pray is faithful.

Newton's mother prayed that her son would become a minister. But could she have even imagined the influence he would have and the lives that would be impacted as a result of God’s answer? How does her prayer—and the life of John Newton—encourage you to keep praying faithfully?