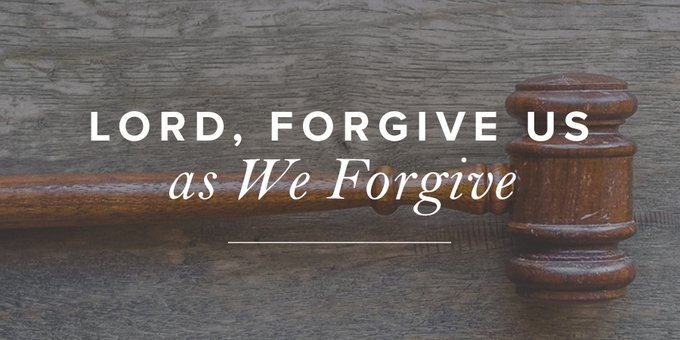 Lord, Forgive Us as We Forgive

Amber Guyger, a former Dallas police officer, was sentenced on Wednesday, October 2, 2019, to serve ten years for fatally shooting an innocent man when she mistakenly entered his apartment. The victim, Botham Jean, had an eighteen-year-old brother, Brandt, who took the stand to testify.

Though he has and will suffer unimaginable grief, Brandt extended forgiveness, offered the hope of the gospel of Christ, and, taking it further, asked for permission to give Amber Guyger a hug. The mercy he extended might appear to a watching world as if his actions were irrational, even foolish, and hard to understand. But Brandt Jean forgave as his Father had forgiven him.

In another courtroom years ago my husband was found guilty of a DUI. The judge delivered justice, laying out my husband’s obligation for community service that would be necessary in order to “pay his dues.” That judge had the authority to set for restitution whatever he deemed as fitting.

For over two decades I had been praying, waiting, hoping. God used what seemed to be a devastating blow to bring my beloved to a place of brokenness and crying out for mercy. I then had a choice. I could measure all that had been done to me with my own guilt-stained hands and deliver a resentful sentence upon my husband, or I could invite God into my wounds, trusting that He could heal our hearts and mess. I realized how vast my own sins were, and I asked for the grace to forgive as my Father had forgiven me.

A God of Justice in an Unjust World

It can be daunting to trust that any man or institution of man will always rightly serve justice to the oppressed and the guilty. After all, man’s imperfections surely penetrate every piece of our society. Man has always strived against God. But God made a way and a covering for us in our sinful state. It began with the blood of animals, sacrificed in an attempt to satisfy the wrath of a holy God. But there came a day when God in the flesh gave Himself to be the final and perfect atonement.

In our society we are obligated to pay a price if a law is broken. In the same way, the law of God gives us a moral compass that we often stray from. Slander, gossip, jealousy, sexual immorality, anger, idols . . . we are all guilty and deserve due punishment and a subsequent separation from Him. Our works, our striving, and our attempts to appease a righteous God fall like driving rain on hard soil. If not for grace, who then could stand before a righteous judge? Not just any judge but the Judge?

But equally, God is a God of grace. He will right every wrong, and He took it upon Himself to right us to Him. Even when we did not know Him, He drew us to Himself with His compassion and mercy.

Relying on Our Forgiving God to Help Us

Just as we are to pray for our daily bread, with each rising of the sun, we are to ask God to freshly search our wandering hearts and to also give us the grace to bestow mercy to those who have sinned against us. We are invited to receive His grace and His help as we seek to forgive others. There is a vast difference between the forgiveness that has been bestowed upon us from a holy God and the mercy we will show another person for their offense against us. Yet Jesus saw both as so important that it is a two-fold petition in the pattern He gave for prayer: “forgive just as we were forgiven.”

We accept and we give. Without doing both, our service and ability to be effective for the kingdom of God is vastly compromised. How blessed is the Church when men and women, in humility, admit when they are wrong and ask for forgiveness. How many ministries and churches have caused deep wounds by being too prideful to admit (or even willing to consider) how they might have caused any offense? Imagine the powerful effect if we, so overcome by the eternal pardon we have received, would, in true humility, speak of hope, grace, and the gospel of a crucified, resurrected, and living Savior.

Every believer of Christ will, at some point, need to forgive others. It’s not always easy. Sometimes the scars from an offense last a lifetime. But one thing is certain. There has been a greater rendering for each of us. Only Christ was completely innocent, and He willingly surrendered Himself in order that we might be saved by grace. How great is our debt and how great is His grace.

I am writing to you, little children, because your sins are forgiven for his name's sake. (I John 2:9–12)

Praying “Deliver Us from Evil”

Understanding “Lead Us Not into Temptation”

When You Don’t Want This Daily Bread

What It Means to Pray God’s Will Be Done

What It Means to Pray “Your Kingdom Come”

Praying “Hallowed Be Your Name” 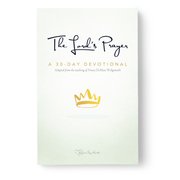