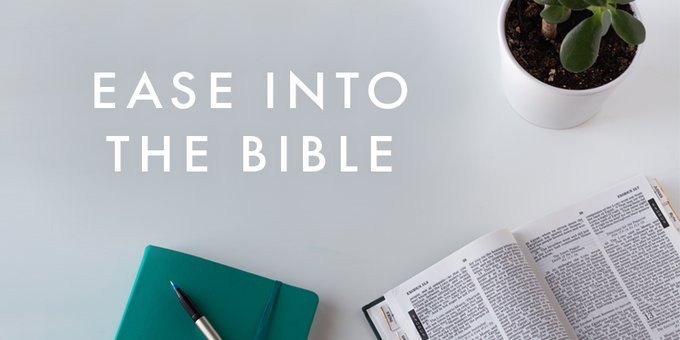 Everything has a point. Consider the sconce on my stairwell. The green, four-foot mango leaf creates a wow factor on an otherwise boring wall. But that’s not the main reason we bought it. We bought it for its light. Similarly, the Bible helps to make a beautiful society out of any nation governed by it. But that’s not the main reason God gave us the Bible. Jesus Christ, the Light of the World is the point. For everything the Bible accomplishes, let’s not miss this. Let’s not miss Jesus.

But these [the works of Jesus recorded in the gospel of John] are written so that you may believe that Jesus is the Messiah, the Son of God, and that by believing you may have life in his name. (John 20:30–31)

Why Do We Need 66 Books to Know about One Man?

The Bible contains thirty-nine books in the Old Testament and twenty-seven in the New. Do we really need sixty-six books to tell us about one man?

The short answer is yes. The long answer fills 1,189 chapters in—you guessed it—sixty-six books. God wove the story of Jesus Christ through every book, and it’s a story we must understand. Our eternal lives depend on what we know and believe about Jesus. “There is salvation in no one else, for there is no other name under heaven given to people by which we must be saved” (Acts 4:12).

What Exactly Is Christ’s Story?

Christ’s story is called the gospel—the good news of salvation found only in Jesus Christ.

To appreciate the good news, though, we must first understand the bad news.

In the beginning, God created the first man and woman. Innocent and free of sin, Adam and Eve enjoyed friendship with God. Clearly, this is not bad news. In fact, stop and savor the beauty of this picture before we move on, because almost as fast as you can say, “I will be like God,” Adam and Eve’s innocence vanished.

God told Adam and Eve they could eat the fruit from every tree in the Garden of Eden except one—the Tree of the Knowledge of Good and Evil. Satan, God’s enemy, challenged and twisted God’s Words—as he always does. God said if they ate from the forbidden tree, they would die. Satan said they wouldn’t.

As usual, Satan presented God as a liar who was withholding good. He said God didn’t want them to eat the fruit of the tree because they would become like Him. They would be like God.

Doubt of God’s goodness filled their minds. The intoxicating taste of self-exaltation and self-determination tempted Adam and Eve. Thoughts of rebellion swirled in their heads.

We can decide for ourselves what is good and right to do.
We can do as we please.
We will be like God.

Adam and Eve succumbed to temptation and rebelled against their Maker and Provider. They took the fruit and ate it—and ushered sin and death into the world.

The Tyranny of Sin

Before the taste of the fruit left Adam and Eve’s tongues, they discovered Satan is a liar. Sin—breaking God’s law—now ruled Adam and Eve’s hearts (Rom. 3:9; Gal. 3:22; 1 John 3:4). They weren’t free to rule themselves. They’d traded God’s benevolent rule for sin’s tyranny.

Since their rebellion, every generation has lived with a distorted nature, twisted by the sin we inherited from Adam. We’re born imprisoned by sin and spiritually dead, hopeless in our own strength. Dead people can’t even free themselves from a cobweb, much less from the grip of sin and its penalty of hell.

No matter how low our culture’s level of morality sinks, the evil in our hearts will sink lower still. We’ll break even the simplest law just because someone tells us not to.

Don’t step on the grass.
Wet Paint—Don’t touch.
Eat every fruit in the whole world, but not this one.

The darkness in our hearts is beyond recovery and will only get worse as the days grow closer to Christ’s return. This is worse than tsunami-level news. But the Bible gives us a hope that doesn’t disappoint. It gives us the rest of the story—the Good News of the gospel of Jesus Christ.

For the wages of sin is death,
but
the free gift of God is
eternal life
in Christ Jesus our Lord.(Rom. 6:23, emphasis added)

At the appointed time, God sent His sinless Son, Jesus Christ, into the world. He humbled Himself and took on the form of man—a baby boy, born by the Holy Spirit (Matt. 1:20). Through the Holy Spirit working within Mary’s body (Luke 1:35), Jesus received His humanness (Gal. 4:4). But because Joseph wasn’t His father, He didn’t inherit a sin nature.

At His birth, Jesus was, is, and will always be fully God and fully man. As God, He remains divine, free of any desire or inclination to sin. As man, He experienced every temptation we face but never sinned.

Like all men, Jesus grew into manhood. He lived, learned, and suffered as we do. But unlike Adam (and us), He lived in perfect obedience to God the Father. Not once did Jesus sound like me. “No, God. I don’t want to do what You say.”

Instead, Jesus said, “My food is to do the will of him who sent me and to finish his work” (John 4:34). Jesus’ deepest longing was always to do His Father’s will.

This is more good news because Jesus’ sinless perfection qualified Him to pay the penalty for our sin. And He did.

Someone’s Got to Pay

Sin brings with it the horrifying penalty of death—eternal death. And we each must pay. We can’t escape it—unless someone who had no sin offered to pay sin’s penalty for us. That someone can only be Jesus Christ, the God-Man. Only He qualifies.

Long before Adam rebelled, God chose to send His Son. To let the punishment we deserve fall on Him (Isa. 53; 2 Cor. 5:21). Jesus chose to come and to take the punishment for us as the Good Shepherd who “lays down his life for the sheep” (John 10:11).

He humbled Himself on a cross like a guilty criminal to pay our penalty. His sacrifice wiped out our record of sin—past, present, and even future sin.

Christ Jesus, who, existing in the form of God, did not consider equality with God as something to be exploited.Instead, he emptied himself by assuming the form of a servant, taking on the likeness of humanity. And when he had come as a man, he humbled himself by becoming obedient to the point of death—even to death on a cross. (Phil. 2:5–8)

All Hope Was Lost

Jesus’ followers didn’t understand what He did on the cross as He suffered and died. They laid His body in the tomb, rolled a stone in front of the grave, and went home. All hope was lost. Jesus was dead.

The Jewish leaders feared the disciples would steal Jesus’ body and declare to the world that He rose from the dead. So, they ordered soldiers to guard the tomb to ensure Jesus stayed in the grave. They failed. On the third day, Jesus overcame death, rose again, and walked out of the tomb. (The guards fainted and over five hundred people saw him later.)

His resurrection and ascension (rising from the dead and into heaven) proved to the world that God had accepted His sacrifice. He had paid the full and final payment for sin and purchased the salvation of all who believe in Him.

Just as surely as we’ll fall on our knees and worship Christ in heaven out of adoration, all who believe will worship and obey Him now to express our gratitude for our salvation, not to earn it.

Is There Something We Must Do to Receive Salvation?

Salvation entered the world through Jesus (Rom. 5:12–21). But how do we receive it? Is there something we must do?

Ah, the good news doesn’t stop. We don’t do anything. We can’t. Salvation is a gift of God (Eph. 2:8–9). It’s something we receive from God, not something we do or inherit.

Christian parents pass on their sin nature, but they can’t pass on their salvation. (If we could, oh, how we would.) Not even the disciples’ kids or Jesus’ siblings could get into heaven by their works, heritage, or family name.

Because of the sin in our hearts, we won’t even care about salvation unless God gives us the desire. The Bible is clear—no one seeks after God (Psalm 53:2; Rom. 3:11).

Even if we could care, no amount of good works could earn us salvation or erase even one sin. (And we’re all guilty of a multitude.)

Does it sound hopeless? Like all is lost? Ah, but God!

Out of His amazing grace and perfect love, Jesus seeks and saves the lost.

How Does God Save Us?

When God saves a soul, He takes out their “heart of stone” and gives them a new heart. A heart that’s truly sorry for its sin and wants to know Christ and His salvation. He then gives us the faith we need to believe.

To all who believe, God gives the right to become His children and co-heirs in eternity with Christ. And He seals us for eternity with His Holy Spirit (Eph. 1:13).

After Christ saves us, the old us is dead and gone. If only our habits were, too. Our sin nature hangs on after salvation, but we aren’t left to fight it alone. Christ puts “a new spirit”—His Spirit—in us. His Spirit gives us power over sin and brand-new desires—desires that please God and fill us with joy. (Ezek. 36:26–27; 2 Cor. 5:17; Phil. 2:13).

Tragedy struck when Adam and Eve rebelled in the garden, and sin imprisoned us. But Jesus frees us from sin’s tyranny so we can live—truly live—under His benevolent rule. When we read the Bible, let’s not miss the Light of the World and the main point of the Bible. Let’s not miss Jesus.

“Everyone the Father gives me will come to me, and the one who comes to me I will never cast out. For this is the will of my Father: that everyone who sees the Sonand believes in him will have eternal life, and I will raise him up on the last day.” (John 6:37, 40)

The short answer to the question, “What’s the point of the Bible?,” reveals our much-needed hope in Christ and the glorious answer in Jesus. The long answer fills sixty-six books and lifts the souls of His children in worship to God. To understand this glorious Bible, though, we need something we lack—something indispensable. That is the topic of our next article.

"The Truth About Sin" by Mary Kassian

"An Encounter with Jesus" by Janet Parshall

“The Gospel Story” by Janet Parshall

“Of Wise Men, Kings and Providence” by Nancy DeMoss Wolgemuth

“Jesus, What a Wonderful Name!” by Nancy DeMoss Wolgemuth

Previous Post A Letter to Mentors
Next Post Ministry Leader: Will You Take the Radical Love Test?

How Were the Books of the Bible Chosen?

The Best and Easiest Way to Learn God’s Glorious Attributes