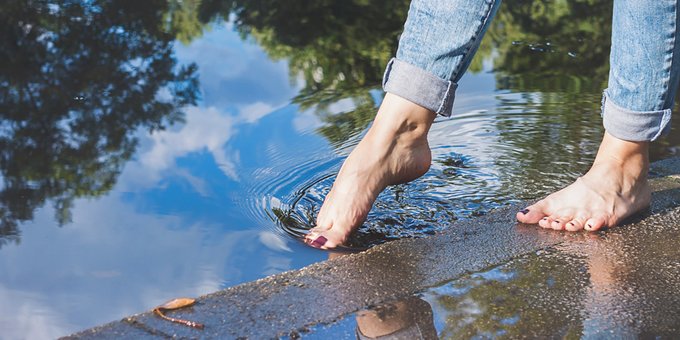 How Were the Books of the Bible Chosen?

“You can’t trust that the Bible is God’s Word,” the lady said. “The men who wrote it only wanted to see their names preserved in history. Over the years, other men met and decided what they did and didn’t like and changed it. You can’t trust it.”

I just stood and stared. I didn’t agree with her, but she made me think. How did we get the books of the Bible? Who chose them?

The apostle Paul said all Scripture is inspired by God (2 Tim. 3:16). But what about the selection committee? Were its members inspired when they chose the books that are now published in our Bible? How did the sixty-six books of the Bible make the final cut?

I decided to find out so that next time someone says we can’t trust the Bible to be God’s Word, I’ll have a better answer.

Did a Selection Committee Choose the Books of the Bible?

Before even two people could convene to discuss the matter, God had already chosen which books would be included in the Bible. He determined the books before they were written.

God picked the authors and inspired them to write His message to specific audiences. As messages circulated and the people read them, they recognized which books had God’s thumbprint on them and which did not.

No selection committee came together to vote on their favorite books. If they had, I imagine Leviticus wouldn’t be around today. But, yes, at some point, church leaders needed to know which books and letters to copy so they could consolidate them into one volume. They needed to know which would be in the canon.

The term canon comes from the Greek word for “measuring rod” and means the rule or standard. It describes the books that measured up to the standard of Holy Scripture and were thus recognized—not chosen—as the divinely inspired Word of God.

Inspired Scripture Was Recognized, Not Chosen

Genuine works by prolific artists such as Monet and Degas hang in museums because art experts have recognized them to be authentic pieces, not forgeries. They didn’t choose any of the paintings to be a Monet or a Degas. They scrutinized them for the unique signs of the artist’s imprint and recognized them as genuine.

By AD 397, the New Testament took its form. At the Council of Carthage, council members confirmed what earlier scholars had already recognized as God’s inspired Word. They threw out any books that didn’t measure up to the standard. This ultimately led to the completed Bible we treasure today. There are no new revelations. God is no longer giving men prophecies of what is to come. The canon is perfect, sufficient, and closed.

Long ago God spoke to our ancestors by the prophets at different times and in different ways. In these last days, he has spoken to us by his Son. God has appointed him heir of all things and made the universe through him. (Heb. 1:1–2, italics mine)

God wrote the Ten Commandments with His own finger and gave it to Moses on Mount Sinai (Ex. 32:16). No one could say we can’t trust it. Unfortunately, He didn’t write a list of the books to include in the Bible and then give it to John on the island of Patmos. But He did give the promise of wisdom to those who ask and the promise that He will preserve His Word: “The grass withers, the flowers fade, but the word of our God remains forever” (Isa. 40:8).

The biblical scholars used overriding principles to guide them as they accepted the inspired books that would be bound into one volume, the Holy Bible. They didn’t record their guidelines, but modern scholars agree on the general standards they would have required a book to fulfill to be recognized as inspired, such as the three below.

1. Did a recognized spokesman of God write the book?

God’s spokesmen included men like His prophets such as Moses and Isaiah, apostles such as Paul and Peter, and Doctor Luke, who interviewed eyewitnesses to Jesus’ life, death, and resurrection.

2. Does the book agree with the true revealed nature, character, and works of God?

If the book contradicted what God had already revealed through His spokesmen, they tossed it out as not inspired. Even if it contained excellent historical content or matched most of what God had revealed, if it contradicted any of God’s revealed and accepted Word, it could not be recognized as inspired.

3. Did the people of God embrace the book as the Word of God and subject themselves to its authority?

If the church at large received a book and embraced it by submitting to its teachings as an authority in their lives, they recognized the book as inspired.

None of the men involved in the process of recognizing the canon of Scripture were infallible. But God is.

None of the men involved in the process of recognizing the canon of Scripture were infallible. But God is. By His power through the Holy Spirit at work in these men, God gave us the Bible—His everlasting Word (Matt. 24:35).

If you ever begin a conversation about the Bible, you’re now better prepared than I was to answer the claim that men wrote the Bible simply to preserve their name. I wish that, at the time, I’d had the presence of mind to mention that if this was the case, they did a terrible job of promoting themselves. Who would want to be preserved in history as the Bible portrays them—unvarnished and unimpressive except in their ability to sin? Except Jesus, perfect in all ways. Only in the Lord did our biblical heroes shine.

God inspired the Bible, but what about the Bible’s chapters and verses? We’ll look at their origin and especially the benefits and challenges they bring. Some may surprise you and change the way you read the Bible.