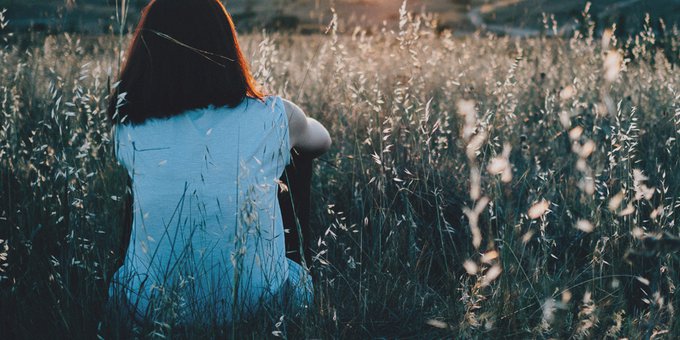 Hermann Goering, Hitler’s right-hand man, had a penchant for collecting fine art. One painting in particular, Christ with the Adulteress, supposedly by the Dutch painter Johannes Vermeer, was his prized piece. He desired it so much that he traded 137 Dutch masterpieces for this one painting.

The art dealer who sold him the Vermeer? Turns out he was the artist.

Hans van Meegeren had made a fortune off of forgeries and original paintings that he claimed were by the masters. He had produced such convincing counterfeits that when the Allies tracked him down for selling a Dutch masterpiece to Goering, he had to prove to them that he had forged it by producing another!

The beauty of van Meegeren’s painting was just dazzling enough that Goering had relinquished a fortune in paintings for a mere copy of a masterpiece. He traded greater glory for a mere shadow.

This is the exact problem that the author of Hebrews addresses. There’s a greater glory, a more excellent ministry, and a greater covenant in Jesus (check out chapter 8!). But we often pursue shadows—copies—of glory rather than the heavenly glory they represent.

How? There are many ways, but I see three for us to consider.

The difference between these can be subtle to an outward observer. You may be a Bible scholar, a philanthropist, and a generally well-liked person but still be missing Jesus.

Missing the Point of It All

Jesus said to the religious leaders of His day:

“You search the Scriptures because you think that in them you have eternal life; and it is they that bear witness about me, yet you refuse to come to me that you may have life” (John 5:39–40).

These folks knew their Bibles. They spent hours studying and debating the finer points of the Mosaic Law. They could quote it and apply it and externally obey it until the day was long. But in the end, they missed the point. They missed Jesus.

It’s as if they read the story of Cinderella and their only takeaway was how beautiful her glass slipper was. The slipper is not the point!The prince that Cinderella meets through the glass slipper—and the romance that follows—that is the point.

We too can miss the point of the Bible, if we read it in a way that:

All of the Scriptures, even the Old Testament ones, are meant to point us to Jesus. He is the prince who is the point of the Story. He is the glorious “high priest . . . who is seated at the right hand of the throne of the Majesty in heaven” (Heb. 8:1). He is the God who wants to be our God and desires us to be His people (v. 10). He wants you to know Him and His covenant love, not just words about Him and His love. So, ask Him humbly to not only put His law into your mind but to write it on your heart (v. 10).

We can also miss the point of obedience to the Word if it is done:

These are all deep issues, yes, but really, they are symptoms of a deeper issue. Even if we say we know Jesus as Savior, we may still be focusing on serving “a copy and shadow of the heavenly things” (Heb. 8:5), just as the readers of Hebrews did. We’re serving for the sake of keeping outward rules (which aren’t always bad!) rather than pursuing intimacy with the risen Christ. When we do, we unwittingly live as if we are in the old covenant rather than the new.

I’d like to invite you today, with the author of Hebrews, into the better covenant—the reality that the shadows point to.

But first, let’s ask, What’s a covenant? It’s a promise, yes, but it’s more than a promise. Mark Jones writes:

At its most basic level, a covenant is an oath-bound relationship between two or more parties. Thus, human covenants (for example, marriage) fall under this general definition. In divine covenants, God sovereignly establishes the relationship with His creatures. There are other nuances, but a divine covenant given after the fall is, fundamentally, one in which God binds Himself by His own oath to keep His promises.

And along with that, we’re not in the old covenant age of sacrifices and bulls and goats, praise God (see Hebrews 10)! Instead, if we know Jesus, we are called to something so much better.

In Hebrews 8, God explains what the new, better covenant—that’s now come in Jesus—looks like.

"Behold, the days are coming, declares the Lord, when I will establish a new covenant with the house of Israel and with the house of Judah, not like the covenant that I made with their fathers on the day when I took them by the hand to bring them out of the land of Egypt. For they did not continue in my covenant, and so I showed no concern for them, declares the Lord." (vv. 8–9)

(A quick note: Romans 11:17 and following tells us that we who have believed in Christ have been grafted into the house of Israel. So, this new covenant is for us, too.)

“For this is the covenant that I will make with the house of Israel after those days, declares the Lord: I will put my laws into their minds, and write them on their hearts, and I will be their God, and they shall be my people. And they shall not teach, each one his neighbor and each one his brother, saying, ‘Know the Lord,’ for they shall all know me, from the least of them to the greatest. For I will be merciful toward their iniquities, and I will remember their sins no more.” (Heb. 8:10–12)

Real, full intimacy with the Father; transformed hearts by the Holy Spirit; and full forgiveness through Christ—this is what Jesus, our high priest has obtained for us. This is the better covenant. This is the glory to which the shadows point.

Did you see how many times God says “I” in that passage?

Like we read in our definition of covenant earlier, this new covenant is not dependent on us. Praise God! It’s all Him! It’s a gift!

So today, let’s stop striving in our own strength and instead repent and run to Jesus in our weakness. Let’s stop obeying out of the idea that we need to earn God’s covenant love. Let’s cease from simply filling our heads with Bible facts at the expense of knowing Him intimately through the Word.

Instead, let’s acknowledge that our works fall short, but He graciously accepts them through Christ. Let’s humbly ask Him to move us in small steps toward being completely His glorious masterpieces, full reflections of His glorious image.

Let’s rest in the new covenant and live in obedience, simply because He loves us.

Previous Post The Necessity of a Forever High Priest: Hebrews 7
Next Post When You Don’t Let Yourself off the Hook: Hebrews 9

A Benediction for the New Year: Hebrews 13

Have Faith, God Is Doing Something: Hebrews 11

When You Don’t Let Yourself off the Hook: Hebrews 9

The Necessity of a Forever High Priest: Hebrews 7

A Steadfast Anchor for Your Insecurities: Hebrews 6

Serving Well During the Holidays: Hebrews 5

Searching for a Better Builder: Hebrews 3

Reclaiming the Wonder of Christmas: Hebrews 2

He Is above All Things, and He Remains Forever: Hebrews 1