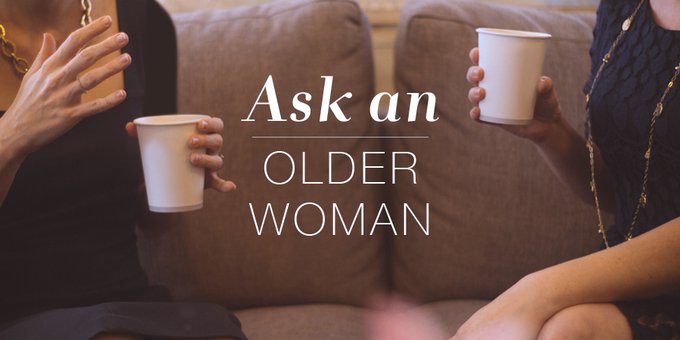 Q: How can I show respect to my nine-year-old son?

A: The other day as I was running and my kids were riding their bikes, my oldest son, a teenager now, was not exactly a happy camper that we’d chosen to bike to grandma’s house instead of drive.

While I wanted to chide him for being a grump, I knew it would just make things worse, causing him to retreat more into himself. So halfway there when I noticed his grandpa’s truck at the grain bins I yelled up to him, “Hey, if you want to stop and hang out with Poppy, I trust you to ride the rest of the way to Gran’s by yourself when you’re ready.”

He instantly sat up straighter. His attitude had been wrong, but it wasn’t my nagging that was going to help him snap out of it—it was my respect.

I trust you. Those were the words that got through to him. I could have spoken down to him with phrases like, “Why can’t you be more like your little brothers,” or “Why do you have to be such a grump while the rest of us are having fun?” Instead, I told him I trust him and his attitude instantly changed.

Respect is not just something our husbands crave, it’s something our sons crave too. The desire for respect isn’t something that happens suddenly when a man gets married; it’s the way a man is wired, even as a boy.

We moms are hard bent on making sure our kids know we love them, and it’s important to make sure they understand this. But where we tend to go wrong is assuming that our boys feel love and acceptance through the same methods we do. While we girls like to hear words of love, boys like to hear words of respect.

For example, my boys know I don’t like spiders, making every spider an opportunity to show me how brave they are. And every time they save me, it makes me want to smooch their cute little cheeks and tell them how much I love them. But when that’s my reaction they tend to shrink into themselves as though nothing heroic has just happened. They may even walk away irritated.

But when I follow their heroic victory with something like, “You are so brave,” or “I’m so proud to be your mom,” or “Wow, I really respect how you took on that scary spider,” they grow six inches taller in a matter of seconds and walk away with a swagger because I just communicated how much I love them.

A simple change in language may not mean much to us but it means the world to our boys. My boys don’t need to hear me say “I love you” sixty times a day like my daughter does. My boys need to hear me say I respect them. When I say out loud how brave they are, I speak straight to the heart of how God made them—with a desire to be championed and esteemed.

Champion His Spirit and His Ideas

Recently our family went hiking, and one of my boys got a blister on the back of his ankle. I didn’t have any Band-Aids, and we were already too far from our car to go back. Inside, I panicked a little. My poor baby, his foot must hurt so bad!

I wanted to coddle him and tell him mommy would make it all better, but then I heard my husband. “Son, it’s time to man-up.” Like a soldier receiving orders my son stood up straighter, looked at his dad for a few seconds, nodded, then turned around, and walked the rest of the hike without one complaint.

Already, there is a man inside my little boys. A man craving respect and the dignity of strength, with a desire to be seen as a leader. A man who wants to help solve my problems. A man who longs for his ideas to be heard. Yet what do I tend to do as a mother? Treat them like little boys.

One of the best ways a mom can build a relationship with her son is to let him be a man. Tell him you have a problem and aren’t sure what to do, and then watch him come alive. Listen to him when he has an idea. Tell him he has great thoughts and dream along with him. Don’t shoot him down—build him up. Offer him opportunities to man-up and I think you’ll be amazed at his ability to do so.

Show Him You Believe in Him

While dads are good at pushing their sons to the next level, mom is often the stepping-stone that gets him there. This is why so many professional athletes thank their moms. Yes, dad may have been the one in the yard throwing baseballs but it was mom who was watching from the kitchen window. And as a carpet salesman once told me, “A man can do anything when a woman’s behind him.” Even if that man is just a boy.

As moms we play a crucial role in the godly development of our sons. If we believe in them, they will believe in themselves. If we encourage them to rise to the occasion, they will—especially when they sense our respect. But when we criticize who they are, they will pull away.

Proverbs 21:19 says, “It is better to live in a desert land than with a quarrelsome and fretful woman.” This is true for a married man and it’s true for a son. In 1 Peter 3:2 the apostle Paul points out that it’s respectful behavior that wins a husband over; it’s also what wins over a son.

Our sons are not always going to do what’s right and we need to respect them enough to teach them what the Bible says. But we can teach without criticizing. We can encourage without casting down or placing doubt in their manhood, their abilities, or their God-given desires.

As moms, we have the opportunity to love our boys into godly men and an important step is teaching them respect by respecting them. It may feel awkward to use words like “respect” or “honor” or “admire” in conversation with our sons, but this is the kind of language that opens the door of their hearts.

If you have boys, I highly recommend the book Mother & Son: The Respect Effect by Emmerson Eggerichs.1 In his book, Dr. Eggerichs gives multiple tools and examples that have helped me be a better mom to my boys, including the concepts written in this post.

Moms, it’s not easy to let go and trust and surrender our sons to the Lord. But remember, inside every little boy lives a man who desires respect.

Ask an Older Woman: #28 Dying Dreams and a Living Savior

Ask an Older Woman #27: How to Handle a Woman Who Flirts

Ask an Older Woman #26: Singleness: When Jesus Doesn’t Seem to Be Enough

Ask an Older Woman #22: Battling Weariness When Your Husband Is Ill

Ask an Older Woman #20: How Do I Fight for My Marriage?

Ask an Older Woman #19: 4 Mantras for Back to School

Ask An Older Woman #18: Scriptures to Pray for All Occasions

Ask an Older Woman #17: Speaking Up When a Friend Goes Wrong

Ask an Older Woman #14: The Impact of Being in God’s Word

Ask an Older Woman #13: Becoming a Strong Woman of Prayer

Ask an Older Woman #12: How to Walk with Jesus When Your Kids Are Little

Ask an Older Woman #10: When God Fear’n Women Get the Blues

Ask an Older Woman #9: How Do I Deal with Grief?

Ask an Older Woman #7: My Husband, My Kids, and Entertainment Choices

Ask an Older Woman #6: How Do I Find Joy in Hard Things?

Ask an Older Woman #5: How Can I Focus on Jesus in the Chaos?

Ask an Older Woman #4: How Do I Develop Friendships When I Keep Moving?

Ask an Older Woman #3: Advice for a Twenty-Something

Ask an Older Woman #2: How Do I Overcome Comparison?

Ask an Older Woman #1: How to Disciple Long-Distance Grandchildren