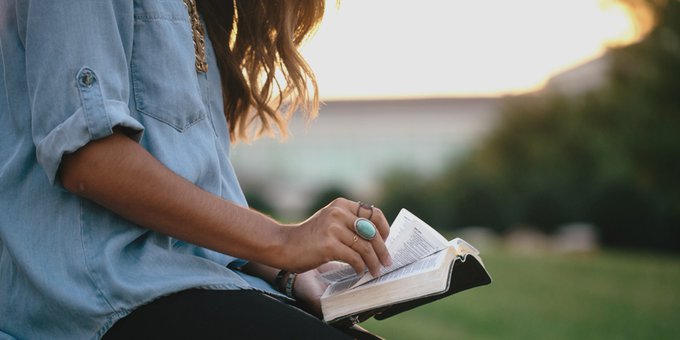 With Jesus as Center, Redemption Is Near

My son Benjamin, now fourteen, has an autism spectrum disorder and significant ADHD. Though we don’t view him as “afflicted” (at least not any more than we’re all afflicted by our flesh in different ways), when he was first diagnosed around age three, one of the most heart-wrenching things for me was watching him struggle to do things that for most children his age were easy, natural, and seemingly effortless.

While his peers were speaking in clear, complete sentences, Benjamin spoke a language only those closest to him could understand. A friendly, smiley tot, he tried so hard to communicate with some adults and a few kids. But their smiles, shadowed by furrowed brows and compassionate eyes glancing desperately in my direction, told me they couldn’t understand what he was trying so hard to say. How could tasks that were so simple for everyone else—speaking, chewing, swallowing, hopping, running, throwing a ball—be so extremely difficult for my little boy?

We’re human. We’re frail. And we’re different. According to our age, our physical stature, our cognitive abilities, and our giftings, things that are very easy for some of us are extremely difficult—even impossible—for others. We are so very finite, so limited.

But, praise the Lord, God is not. When it comes to His power to save, renew, and transform, He has no limits. He can do whatever He pleases. More than that, with Jesus seated firmly at the center of all things (Col. 1:17; Heb. 10:11–14; John 1:1–5), no person, situation, crisis, or evil this world has to offer is any easier or any harder for Him to redeem.

I zeroed in on this recently when reading a meditation by A. W. Tozer titled, “At the Center.” Tozer said,

Go to Tibet or Afghanistan, to the Indians of South America, the Mohammedans of Arabia, the Englishmen of London, or the Scots of Glasgow and preach Jesus. If there is faith and willingness to follow, He will bring them all into His fellowship. They are all in the rim. They are all as near and all as far. (emphasis mine)1

What a glorious truth! Whether we’re thinking about missions, specifically, or just the work of redemption in every heart, it’s true: No sin, no situation, no lost cause, no Pharisee, nothing and nobody is any easier—or any harder—for Christ to save.

Power to Redeem Sinners: What’s It to Him?

When God instructed Jeremiah to buy a plot of land during a siege, the possibility of redemption seemed grim. Trust in God’s salvation caused the prophet to cry: “‘Ah, Lord GOD! It is you who have made the heavens and the earth by your great power and by your outstretched arm! Nothing is too hard for you’” (Jer. 32:17). But as firm as his confidence sounds, he follows this statement with a recollection of what God has done in Israel’s past, both to protect them and to afflict them. He notes their past and present disobedience and begins to waver, perhaps to wonder, How in the world can you redeem these people, Lord? How can you work this out for good?

God’s reply must have sent a sonic shockwave through Jeremiah’s heart: “‘Behold, I am the LORD, the God of all flesh. Is anything too hard for me?’” (Jer. 32:27).

No. No, Lord. With Your Son at the center and Your faithfulness at the helm, no case and no one is any harder—or any easier—for You to redeem. You simply speak or act or think and it is so.

Charles Spurgeon preached an amazing sermon around this text. The title asked the question, “Is Anything Too Hard for the Lord?” And of course, the answer came from God Himself, “Is anything too hard for Me?” Among many applications, Spurgeon asked that his audience consider “any case of great sin.”

Select anyone whom you know to be especially hard-hearted, and pray for him earnestly and hopefully. Choose out some glaring sinner, or special heretic, or fierce hater of religion, and pray for him. You say to yourself, “I will choose an easier case.” Do not do so. “Is anything too hard for the Lord?” Will you, in your judgment, set anyone beyond the reach of mercy, and out of the bounds of grace? Make an application of our text to the most desperate and loathsome sinner, and believe that nothing is too hard for the Lord. Oh chief of sinners, if you are here this morning, blasphemer, swearer, thief, drunkard, fornicator, prostitute, take home this question to yourself — “Thus says the Lord, ‘Is anything too hard for me?’”2

Chief of sinners, are you reading today? Do you feel your sin is beyond the reach of Jesus’ ability to forgive and to redeem? It’s not so! You are as near and as far from Him as every other. He only asks that you repent. He will make the change. He will do the impossible. He will cause your heart to turn toward Him. You only need to believe He died for you.

Power to Redeem This Time: Impossible for You, Effortless for Him

Beyond the power of Christ to redeem fallen people, we often forget His power to redeem our time. The days in which we’re living are complicated, confusing, tainted with the consequences of sin. When we look around and everything seems to be in distress and disarray, who among us doesn’t think, There’s just no way! This mess will never be cleaned up. Evil is winning! Nobody can turn this around! We hit the panic button.

This reminds me of the people’s reaction when Jesus answered the question of the rich ruler in Luke 18: 18–30. The ruler asked, “‘Good Teacher, what must I do to inherit eternal life?’” Jesus answered by repeating the essence of all of the commandments, and adding to them that the ruler would need to sell all he had and give it to the poor. Then Jesus plopped a cherry on top by saying it would be “easier for a camel to go through the eye of a needle than for a rich person to enter the kingdom of God.” (No big deal, right?)

Can’t you just hear the panic in the observers’ voices as they ask, “Then who can be saved?” They’ve just been given an assignment that was impossible to master. A test designed for failure. But Jesus wants them to see that they can never pass the test in their own strength and power. They cannot conquer evil and sin on their own. They can’t right the wrongs. But He can. Because “What is impossible with man is possible with God” (Luke 18:27).

I have to admit that when I look out at the world around me today, I can pretty quickly move from Is anything too hard for you?! to Wait! God! How are you going to redeem this mess? How can this situation possibly be righted?! I panic.

In those moments, I forget:

Friends, God is not running out of redemptive resources. Jesus’ power to redeem sinners and situations is static, unchanging, and as free and easy today as it was yesterday and will be tomorrow. Though we are running low on patience, though we struggle to understand what seems from a human perspective to be impossible, Jesus draws from an infinite well. When it seems that our days are a lost cause, a difficult case, so much harder and worse than any generation before, we must remember: “Thus says the Lord, ‘Is anything too hard for me?’”

As the hymn writer said,

When we have exhausted our store of endurance,
When our strength has failed ere the day is half-done,
When we reach the end of our hoarded resources,
Our Father’s full giving is only begun.

No limit. No measure. No boundary. With man, redemption is impossible, but with God’s Son at the center of all things . . . it’s as good as done.

2Charles H. Spurgeon, “Is Anything Too Hard For The Lord?,” Answers in Genesis, August 11, 2016, https://answersingenesis.org/education/spurgeon-sermons/2020-is-anything-too-hard-for-the-lord/.