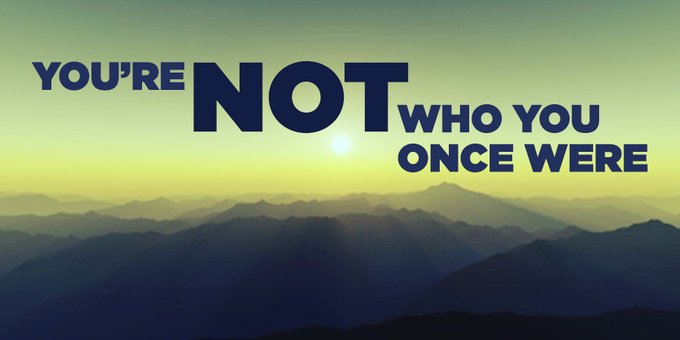 There have been times when my wife Mary Ann and I have asked each other that question, when one of us has done something so uncharacteristic that it causes us to ask, “Who are you?”

For example, if I came home and said, “Why don’t we go to Trios for a salad and quiche and then work together in the garden or go on a walk,” Mary Ann would undoubtedly say, “Who are you and what have you done with my real husband?”

This is one of the central questions addressed in Ephesians—the question of our identity. Over and over the author Paul asks his readers, “Do you realize who you are?”

Throughout the book, Paul contrasts two kinds of people, two ways of living, two domains: the dead and the living. For example, in Ephesians 2 he juxtaposes those who are dead in their trespasses and sins with those who are made alive in Christ.

He says to his readers, “If you are in Christ, this is who you were—you were the dead people, unresponsive to God, caught up in sin and self. But in Jesus, God has made you alive. This is now who you are. You are the living people. You are God’s workmanship, created in Christ Jesus for good works that you should walk in them.”

Then he says, “This is who you were—the far off people—estranged, alienated, separated. But now this is who you are—the brought near people, reconciled, redeemed, united. People brought together in Christ—one faith, one hope, one baptism, one God and Father of all.

Walk the way of Christ instead, because you are alive in Him! Live like who you are. Put off the old dead self and put on the new self, made alive in Christ.

This isn’t the first time this theme shows up in the Bible. Genesis two presents us with the domain of the Garden where the first man and woman walked with God and in harmony with one another, naked and unashamed. That’s what we were made for.

But that didn’t last long. By the next chapter, the man and his wife are no longer walking in harmony with each other. They are hiding from God, blaming each other, and denying any personal responsibility for their actions. Their rebellion has transferred them from the domain of the Garden and the domain of God to the domain of death and alienation—alienated from God, from each other, from all of creation, and from themselves.

The message of Ephesians, the message of the Bible, is so wonderfully illustrated in The Lion, the Witch and the Wardrobe. We—by our own making—live in the dark, cold dead of a winter that never ends. But Someone has come to bring us back to life and light and springtime and the thaw.

We who have been redeemed and are now adopted sons and daughters of the King need to put off the cold, dark, death of our old way of living and live in the light.

Who are you? Are you living like who you once were instead of who you now are?