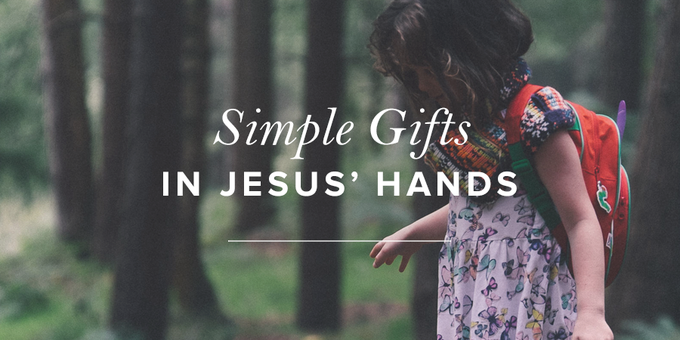 “You give them something to eat,” Jesus said (Luke 9:13). But the disciples had nothing to give.

They were in a desolate place, away from civilization. Five thousand men (not counting women and children) had followed them out and congregated, while Jesus spent the day healing and teaching. Now, evening had come and the people were hungry.

Jesus singled out Philip and asked, “Where can we buy enough food for them?” The answer was obvious: They couldn’t. There were no stores in sight, and even if there were, it would take eight months’ wages just to buy this massive crowd a snack (John 6:5–7).

So why did Jesus ask? He already knew what He was planning to do (v. 6). Why press Philip to problem-solve?

Perhaps it was more of an invitation than request for help. And isn’t that always the case, when Jesus asks us to do something?

In stark contrast, a little boy, undeterred by the impossibility of the situation, stepped forward with his five barley loaves and two fish, saying, “Jesus can have my lunch!” I can almost see the disciples rolling their eyes. Thanks, kid. Now scat.

But Jesus wasn’t rolling His eyes. I picture Him grinning. He took that little lunch and multiplied it enough to feed thousands of people.

I put myself in this story and wonder what my response would be if Jesus said, “You give them something to eat.” I especially wonder how I would respond if I did have a lunch packed in my satchel. Would I have pulled it out, like the boy did, or come up with reasons not to? Reasons like:

Often I let my doubts, insecurities, and even logic get in the way of offering what I do have to Jesus. The need seems so great. And I have so little. I don’t have all the answers, and it seems preposterous to extend my simple gifts in the face of vast need.

But Jesus doesn’t ask me to give more than I have. When He exposes to me a need that is overwhelming, it’s often His invitation to participate in a miracle—one that He’s already planning to do. He invites me to place my small gifts of time and meager service in His hands and see what He will do.

Decades ago, I had a little girl named “Mindy” in my Sunday school class. She had dark hair and big blue eyes and always came to church dressed up in darling dresses from her grandma. Mindy was rather shy and didn’t talk much. But Mindy’s grandma (who brought her to church) had mentioned that things were rough at home for Mindy, so I tried to give her extra love and encouragement.

One day, I had the girls from my little class over to my house on a Saturday afternoon. We had treats and played games, and then I called the girls down to the basement for a story. As they sat in a circle, I shared again the story of Jesus. I invited my girls to put their faith and hope in Him, and Mindy responded. She wanted Jesus to forgive her of her sin and to be with her always.

I lost touch with Mindy until just a few years ago. That’s when she told me more about her home life as a child. Her mom’s boyfriend, who was an alcoholic, lived with them, and would sometimes come looking for Mindy and her sister in the night. They would hide in the closet, trying not to make any noise. Those were horrible years. They thought about running away, but couldn’t stand the thought of leaving their baby sister behind.

All of this had an effect on Mindy. As a teen, she turned from Jesus and looked to men to fill her emptiness. By the time Mindy contacted me, she already had three babies and had just gotten married. Her new husband wasn’t a Christian and her fourth baby (on the way) wasn’t his. He was furious and vowed he would never forgive her. She was on her own to have and raise this baby. It was a mess, and Mindy felt alone, afraid, and desperate.

Yet in her brokenness, Mindy had turned back to Jesus and she wanted me to know. She was surrendering her life to Him and turning to God with her emptiness. She was also begging Jesus to do the impossible—to change her husband’s heart.

Amazingly, He did! The night before Mindy’s baby was born, her husband gave his heart to Christ. He not only went with her for the delivery, he held Mindy’s little girl and fed her, and welcomed her as his own. Six months later, Mindy wrote to me, amazed at all God had done. She said, “We live for God now. My husband now leads our family. He is the man I dreamed about as a little girl.” One of her favorite verses is, “My flesh and my heart may fail, but God is the strength of my heart and my portion forever” (Ps. 73:26).

What a beautiful verse to remember as we face widespread need!

When the little boy gave Jesus his lunch, Luke 9:16 says, “Then he broke the loaves and gave them to the disciples to set before the crowd.” So Jesus tore the loaves and handed the pieces to His disciples, who then tore the loaves again. The bread just kept multiplying as it passed from hand to hand, and the people all got to experience the miracle together.

That’s how I feel about Mindy’s story. Twenty years ago, I gave Jesus a rather simple, ordinary gift. I tore off a piece of my Saturday and said, “Here, Jesus. I’d like to share this with some hungry kids.” I was just an ordinary woman offering up an ordinary Saturday, but God supernaturally multiplied my gift in Mindy’s life. Then God multiplied the gift again and did something supernatural in Mindy’s husband. We all got to experience the miracle together as truth and hope were passed from one person to another. And perhaps it will keep multiplying! That’s up to Jesus, not me.

Is Jesus pressing you—like He did with Philip—to consider the physical, emotional, or spiritual hunger in a person or group of people? Are you overwhelmed by the ravenous brokenness you see? Jesus doesn’t ask you to provide brilliant solutions or extraordinary gifts. He just wants you to come like a child. Offer what you have. Give Him the equivalent of a packed lunch, and watch to see what He will do.

Jesus can take your ordinary gifts and multiply them in the lives of hungry people. What will you put into the hands of your miracle-working Lord today?

The Struggle and Sweetness of Surrender 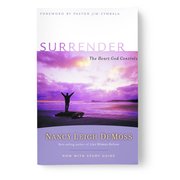