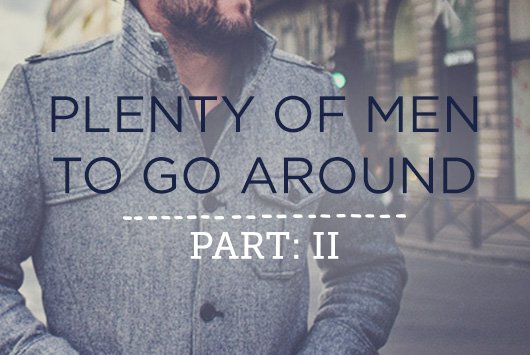 Plenty of Men to Go Around, Part 2

Editor’s Note: This article originally appeared on Boundless.org in 2006. Check out Part 1 here.

It's not enough to know the numbers are in your favor. The real question is, where are the marriageable men and how do you find them?

In Part 1 of this article I reported the promising news that single Christian men outnumber single Christian women. Still, I did concede that more single women than single men are in church, leaving us wondering how to find them. Now to answer the cliffhanger, "If all these Christian men aren't in church on Sunday morning, where are they?"

The short answer is Bozeman, Montana. You might also consider Cullman, Alabama or Ames, Iowa. According to the Census Bureau they're among the cities with the biggest gap between single men and women.

OK, realistically, without the prospect of a new job, the lure of some extreme hobby, or the draw of relatives or close friends, would a single woman really uproot and move cross-country to improve her chances of finding a husband?

Thankfully, in almost every region of the U.S. there are more never married men than women. The overall national ratio of men to women (unmarried, ages 15 to 44 years) is 108.7 men to 100 women. You can see from the chart below that only two states—Mississippi and Louisiana—have more unmarried women than men. And even in those two states, the numbers are close (with 98 men for every 100 women). The District of Columbia ranks pretty low at 93.4 men for every 100 women, but even that area favors men (105.7 men to 100 women) when you add in the metro area around the city.

While you may increase your odds of marrying by casting around for men in some male-dominated regions of the country, the point I made in Part 1 stands—there are plenty of men to go around right where you are.

Where the Men Are

Never married Christian men who want to marry are closer to home than you may think. Historically, we've looked to bars, school, work, church, and friends or family as reliable places to meet or be introduced to future spouses. Add to that the Internet, and you've got a fairly complete picture of where couples meet.

Let's take each in turn. I've talked before about pitfalls of meeting someone in a bar. Obviously, for the Christ-follower, it's a less-than-ideal setting; the odds of finding someone with whom you could be equally yoked are slim.

School holds a lot of potential for readers who happen to still be in that setting. In fact, it's one of the best places you can meet a like-minded, spiritually compatible mate simply because of the volume of candidates and opportunities. Yes, the cultural stigma against going for your MRS. degree along with your B.A. is deeply ingrained. But that's no reason to despise the possibility. Lots of college grads look back now and realize how good the college setting was for finding and getting to know potential mates and wish they could relive those days with an open mind.

If school's no longer an option, your next most likely place to look is work. While many are finding spouses over the cubicle wall, it's not without its drawbacks; most notably the H.R. cautions about office politics and policies that get in the way.

What about church? The upside is that if you meet someone there, you can be fairly confident he shares your faith. The problem, as I mentioned in part one, is that churches aren't doing a very good job of retaining their single male members, especially mainline denominations. You could certainly consider moving to a body where the Word is pre-eminent. Those churches have a better record at attracting young men, and they are more likely to have a biblical view of marriage that encourages male initiative. But few are comfortable hopping from church to church on a mate hunt (rightly so).

In view of the shortcomings of the above options, many singles are turning to the Internet for help. The most obvious draw there is the vast pool of singles. Feel like your town is the problem? Too small? No one very interesting? Go to a place with no geographic boundaries and virtually endless possibilities. Maybe too many.

Then there's the age-old tradition of getting help from your parents. This goes all the way back to Genesis where patriarch after patriarch went out himself, or sent a surrogate, to find a wife for his son. And it's enjoying a vital resurgence. The recent New York Times article, "Spouse Courtesy of Mom the Matchmaker," reported it as one more facet of "helicopter" parents. Writes journalist Stephanie Rosenbloom, "Parents say they attempt to make matches because of the joy in helping someone find love, particularly for those who have happy marriages of their own." "Spouse Courtesy of Mom the Matchmaker," New York Times, p. E1. July 27, 2006.

While interviewing men for his book Voice Male, Neil Chethik found that "husbands who were introduced to their future wives by friends and family members were most likely to pronounce themselves happy in their marriages later on. . . . Those who know us best may know what—and who—is best for us."

Still, not everyone has parents who are willing or able to help them find a mate.

If none of the above options are for you, what's left to do? Who knows all these supposedly single Christian men who desire marriage? Someone must. I'll wager it's the older women in their lives. These are the women who taught little boys in Sunday School, gave them piano and art lessons, and loved them as sons, nephews, grandsons, and neighbors. Some still have their pictures in photo albums or on their fridge. Many are still praying for them.

Not surprisingly, the Bible instructs us to go to them for help. In Titus 2, Paul instructs the older women to teach the younger women how to live godly lives. Specifically "to love their husbands, to love their children, to be sensible, pure, workers at home, kind, being subject to their own husbands, so that the word of God will not be dishonored." It only makes sense that if the young women are having trouble finding husbands in the first place, that the older have a vital role to play in helping them marry well.

I was reading a little brochure by Nancy Leigh DeMoss called "The Truth That Sets Us Free: 22 Liberating Truths for Today's Woman." Truth number seventeen reads, "In the will of God, there is no higher, holier calling than to be a wife and mother." She gives as evidence Titus 2:4–5.

Ask yourself, am I taking advantage of this rich resource? This wealth of life wisdom and spiritual guidance? Is an older Christian woman mentoring me?

There was a time when the older women's role as mentor was honored. Their gray hair was a sign of glory. But recent history finds their efforts scorned, their advice belittled. It's far trendier, and less awkward, to simply seek the advice and help of your peers. But as great as peer friendships are, when it comes to finding a mate, older women have a lot more to offer.

Not only do they have wisdom, and possibly even names to suggest, they also have a wealth of life experience to share about everything from education and career choices, church involvement, cultural discernment and political activity to candid advice about health and beauty. It's like having a mom who's dispassionate (not a bad thing when you're talking about your eating habits and hairstyle).

The woman who mentored me when I was hoping to find a husband helped me by mentioning things I needed to work on and areas where I could grow in a very non-threatening, almost off-topic sort of way. If my mom had said them, I would have ended up in tears. For some reason, hearing from Mary was easier.

And I wasn't the only woman she'd helped. As a college professor's wife, she spent seventeen years informally relating to students in their home, and three years doing so formally as a women's chaplain at a Christian university. She found the college years to be a pivotal time for mentoring because they are "years of fast maturing and foundation building for life. It is also a time for those who want to have children in their twenties to find mates."

What's the best way to find a mentor? And to get her to agree to spend time with you? I asked two of the women who've mentored me for their thoughts on the subject. Check back for Part 3 next week.

Copyright © 2006 by Candice Watters. Reprinted by permission of the author.

A Guide to Praying for a Future Husband