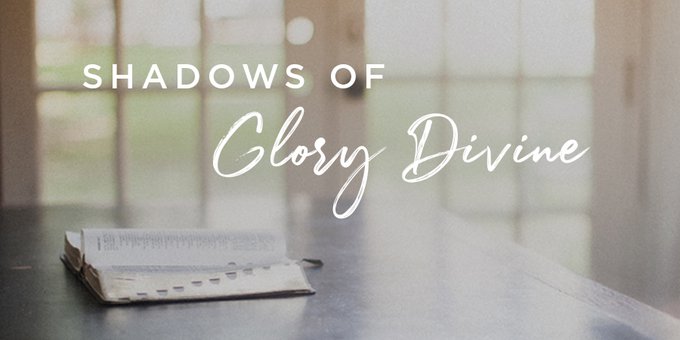 Stacey Salsbery | God & Truth | Comments
Editor’s note: In this new series, Stacey Salsbery explores “shadows of glory divine”—glimpses of Jesus as found in the Old Testament. We hope you’ll be blessed as we remember that the image of Christ is imprinted on every page of Scripture, from the first words of Genesis to Revelation 22. —Laura Elliott, Managing Editor

He was a simple shepherd boy. Not the biggest, not the most handsome. He probably wouldn’t have been the first kid selected for any team. The last among many sons, David was an unlikely king, to say the least. But beyond his stature and family position, to study David is to realize other unique qualities that distinguish him from the kings of surrounding nations in his time. Perhaps most notable is David’s willingness to passionately and publicly worship the Lord so others might do the same (2 Sam. 6:14). David was not embarrassed by his love for God but cared more about God’s reputation than his own.

Does that remind you of anyone? I hope so. In many ways, David’s unique qualities represent Christ, our true King of kings.

While other kings exploited the poor for personal gain, David reigned with justice and equity (2 Sam. 8:15), just as Christ one day will. As a man after God’s heart, David’s deepest desire included the hope of blessing for his people. (Sounds like another parallel to me.) In one particular celebration, David equally distributed “a cake of bread, a portion of meat, and a cake of raisins” to all, both man and woman, rich and poor, without finding fault (2 Sam. 6:19).

But David wasn’t soft either. Though many nations tried, no one could stand against him because nothing could stop God and His anointed. Therefore, David’s reign expanded north, south, east, and west, foreshadowing Christ’s future reign. At the same time, mighty King David continued to show kindness to others. He even ate with the shamed and the crippled, and for a good reason: to offer another splendid picture of the true King of kings, Jesus Christ.

A Man with Nothing to Offer

In 2 Samuel 9, David seeks to make good on his promise to Jonathan and Saul (unlike other kings) not to cut off their descendants once God cut off David’s enemies (1 Sam. 20:15). So after securing the kingdom, David inquires after Saul’s remaining descendants and learns of Jonathan’s son—Mephibosheth—who is crippled in both feet.

Mephibosheth lived in Lo-debar, a name that literally means “nothing.” Also, bosheth in Hebrew means shame, giving us the impression that Mephibosheth was a man of shame from a place of nothing. As a cripple in an agricultural and military society, he probably felt it, too. According to society, Mephibosheth had nothing to offer with two messed-up feet.

We may not feel like we have much to offer, and in reality, we don’t. But friends, it’s not about us; it’s about the Lord and His kingdom and kindness and willingness to lift even the lowly and despised to a place of honor. He gifts us with purpose and value and perhaps most incredibly, a permanent seat at His table.

A King with Everything to Offer

David could have honored his promise not to cut off Saul and Jonathan’s descendants by simply allowing Mephibosheth to keep his life. But David goes far beyond the basics of his commitment by not only offering Mephibosheth land, protection, and provision but a personal relationship with him.

Sit at my table with me.
Eat my food.
Delight yourself in my presence.
Talk with me.
Be a part of my family.

Ephesians 2:6–7 says God has “raised us up with him and seated us with him in the heavenly places in Christ Jesus, so that in the coming ages he might show the immeasurable riches of his grace in kindness toward us.”

I love the visual that we’ve been seated. We aren’t waiting in line. We aren’t holding a buzzer. We’re seated with Christ, who’s invited us to partake of His table—the cup and the bread—and to do so in remembrance of Him.

God does not merely tolerate us for our faith in Christ—God’s invited us into a relationship of intimacy and friendship with Him. Just as David did not just fulfill the basics of his promise in order to check the box and move on, neither has Jesus simply checked the box—He has gone far beyond what we could hope for.

David took a nobody and turned him into a somebody for no other reason than a promise he had made. And that, my friends, is the gospel. Mephibosheth may have walked into David’s presence a man of shame, but because he never left, he became a man of honor.

Mephibosheth could have said, “No thanks.” He could have said, “I don’t deserve this,” and walked right back to his position of nothingness. But he didn’t. He accepted David’s kindness, and in doing so, he enjoyed a seat at the king’s table the rest of his days.

Like David, Jesus is the King who brings honor out of shame. Unlike any other King, He’s called us into His presence and laid the decrees of His vast kindness before us. Christ invites us to stay and enjoy His company, delighting in the blessings He has to offer. But are we content to stay? Or do we long to go back to our place of nothing, carrying our shame as though we have no other option?

To stay is to leave behind our life of shame, exchanging it for an underserved place of honor as one of God’s children.

To stay is to experience the joy of grace and forgiveness through a relationship with Him.

To stay is to take a seat at the King’s table as Mephibosheth did. And I don’t know about you, but I think that’s an incredible invitation.

Jesus Christ is indeed a King like no other. Without hesitation, He’s invited the lowly, the shamed, the sinfully crippled to find respite and friendship and acceptance at His royal table in this life and the one to come. So sit down, my friend, and stay awhile in the presence of the King of kings.