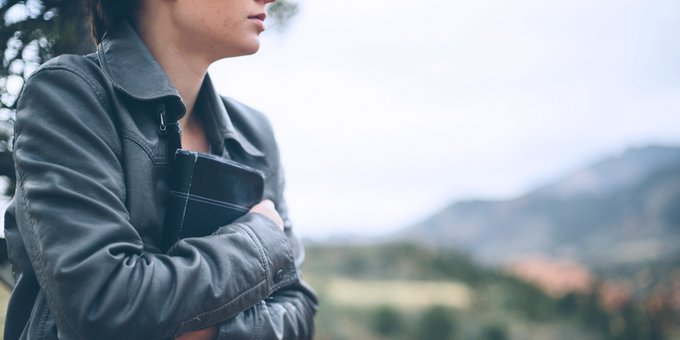 It came out of nowhere—words she carefully crafted with the intent to tear down and tarnish my identity in Christ. It wasn’t what I expected to read when I pulled up my email, but it became all I could think about throughout the day. Her poisonous words began to corrode the many truths I’d read in Scripture. I felt labeled, useless, and shattered—all from one email at the start of the day.

Learning to receive criticism has the potential to make us or break us in life. When I received that early morning email full of criticism and accusation, I immediately began to do “critic’s math.” Critic’s math occurs when we hear a negative word and we allow it to cancel out the Truth we know from God's Word. In other words, one negative word has the power to overshadow all the promises of God we have stored up in our hearts. Solomon described the power of negative words by saying, “A gentle tongue is a tree of life, but perverseness in it breaks the spirit” (Prov. 15:4).

It is possible to receive words of affirmation, encouragement, and truth from those around us but only hear and believe the one negative criticism. However, Christ has not left us without hope in our war against the flesh. As redeemed children of God, we have the Holy Spirit, who helps us discern the validity of every criticism and humble ourselves under the wisdom of God’s Word.

The Curse and Criticism

According to the New Oxford American Dictionary, criticism is “the expression of disapproval of someone or something based on perceived faults or mistakes.” Criticism is a matter of perception, and perception isn’t always completely correct. We see this unfold in the fall of man in Genesis chapter three. After God created the world using the power of His life-giving words, He looked at all He made and saw that it was good. Perfection was the standard of creation. Adam and Eve were created by God and placed in the garden to enjoy unhindered fellowship with Him—which is exactly what they did until the day the serpent slithered into the garden with one simple question: “Did God actually say . . . ?” (Gen. 3:1–2).

Satan used words of deception to alter Eve’s perception of God. After Adam and Eve both disobeyed God by eating of the forbidden fruit, the perfection of creation became marred by sin, held captive beneath a curse that could only be lifted by God Himself. This is exactly what God did in sending His own Son as the perfect sacrifice for our sins (John 3:16). He lifted the curse from us through His sinless life, His substitutionary death, and His triumphant resurrection. The Cross of Christ is the means God used to redeem us from the curse that originated in the Garden of Eden.

The brokenness we experience on earth is only healed by confessing our sins to God and believing in Jesus for salvation (Rom. 10:9). As followers of Jesus who have been covered by His spotless blood, the curse no longer binds our broken souls. We are no longer held captive by our past sins, our present shortcomings, or our future stumbling because we are under the perfect work of Christ. We have been redeemed from the curse, set free from slavery to sin and shame, and made whole (Gal. 3:13; 5:1). With our standing in Christ as redeemed children secure, how do we respond to earthly criticism according to Christ’s method for freedom?

Jesus is not unfamiliar with criticism. During the years of His earthly ministry, He was criticized for whom He ate with and spent time around, for the words He taught, for where He came from, and for breaking cultural barriers (Mark 6:3; 7:5; 11:27–28; Luke 15:1–2). Although Jesus was above reproach, He still responded to criticism with grace and truth. He wasn’t crushed by the harmful words people spoke to Him or about Him. Jesus, the Living Word, lived by the Word of God and for the will of God in every situation He encountered (John 1:1, 13–14). He knew His mission, and no word of man could deter Him from fulfilling what God sent Him to do. Jesus’ mission was not to be liked by all but to be obedient to His Father.

Christ’s first method for freedom from the prison of critic’s math is total abandonment to the call of God. His vision was clear, His focus was set, and no word of criticism detoured His direction. As Christ-followers, we have the Holy Spirit dwelling inside of us, guiding us into all Truth (John 16:13). When we are rooted deeply in God’s Word, the Holy Spirit brings to mind what is true so we can hold critiques up against the mirror of God’s Word. There are some critics whose words can serve as a blessing to us, showing us holes in our holiness where confession, repentance, and change are needed. But sometimes criticism only distracts, discourages, and deters us from following Jesus. The Holy Spirit gives us wisdom as to what words to listen to and what words to leave behind.

Christ’s second method for freedom is to call to mind who we are in him. No longer are we defined by our brokenness, our missteps, or our failures. We are defined by His righteousness (Rom. 3:22). In Him, we are redeemed, called, and equipped to do good works for His glory. At the same time, we are also being transformed into His likeness day by day, and this transformation process comes through conviction and even loving correction (2 Cor. 3:18; 2 Tim. 3:16). Receiving correction is different from receiving criticism. We are to receive correction with humility and to stand against harmful criticism knowing that “there is therefore now no condemnation for those who are in Christ Jesus” (Rom. 8:1; see also Heb. 12:11).

Lastly, Christ models for us how to entrust our souls to God when criticism comes our way. 1 Peter 2:23 says, “When he was reviled, he did not revile in return; when he suffered; he did not threaten, but continued entrusting himself to him who judges justly.” Jesus understands the pain our hearts and minds experience when we are criticized because He also felt the sting of criticism. Our comfort comes from His example. When He was reviled, He loved in return and entrusted Himself to His Father. Ultimately, we are called not to retaliate when harsh words are spoken over us or about us but to give it all back to God, entrusting our souls to Him who cares for us.

When our souls are wounded by harsh words or criticism, we look to Jesus who hung on a tree in our place, and we remember that by His wounds we are healed (1 Pet. 2:24). His wounding brought forth our healing. The temptation to do critic’s math will still come as we seek to follow Jesus, but because of the cross, and by the power of His life-giving Word, we can move forward in freedom, knowing that nothing can “separate us from the love of God in Christ Jesus our Lord” (Rom. 8:39).