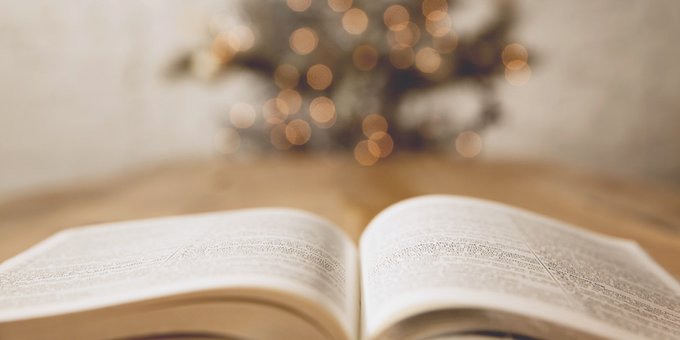 I used to think that I had to do something extraordinary. That doing giant, difficult things and making a name for myself was the only way to life—that I needed to change the world.

But recently God has challenged me to instead seek His kingdom in the ordinary things of life. It’s meant saying “no” to many things but saying “yes” to the needs that are nearest to me. It’s meant focusing on loving God and loving people rather than doing something awesome. It means trusting Him with each step and trusting His leading and His Word more than my best attempts at figuring it all out. And often that’s not the easy route.

I’m sure you get this. It’s a hard thing to say, Because You love me, I’ll obey You, Lord, no matter the cost. It’s countercultural to live a life that speaks, I’ll serve others, even when I’m misunderstood or mistreated or unrecognized. It’s hard to be faithful when questions overwhelm you. Does this small thing that I’m doing really matter? Is it worth it?

God says it does matter. Don’t despise “the day of small things” (Zech. 4:10). Your small choices of obedience matter for eternity.

The people we’ll meet were connected to Christ’s birth and were willing to be used by God. Amazingly, He wrote the story of redemption through them—just as He graciously does through us.

Today, I get to introduce you to the first one: Joseph.

Joseph has become one of my favorite characters in the nativity account. He is the epitome of someone whose obedience was fairly ordinary. When we read or retell this story, often Joseph’s faithfulness fades into the background behind Mary’s miraculous pregnancy, the shepherds’ exuberant joy, and the glory of Jesus Himself.

Though Jesus always needs to be our main focus, Joseph did play a key role in God’s redemption story that is worth paying attention to.

Let me show you what I mean. Let’s follow Joseph’s road of obedience and God’s Providence in it step-by-step.

Step 1: Joseph was willing to do the hard but right thing—without cruelty.

Now the birth of Jesus Christ took place in this way. When his mother Mary had been betrothed to Joseph, before they came together she was found to be with child from the Holy Spirit. And her husband Joseph, being a just man and unwilling to put her to shame, resolved to divorce her quietly. (Matt. 1:18–19)

I recently learned that Joseph was actually doing the right thing according to God’s Law here. If indeed Mary had been unfaithful, it would be wrong (and adulterous) for him to take her as his wife (see Deut. 22:13–29). But Joseph didn’t just seek to do the right thing, he sought to do the loving and right thing. He had full rights to make a public spectacle of Mary—“to put her to shame.” He could have been cruel in meting out justice, and no one in the town would have blamed him. But instead he purposed in his heart to do what had to be done quietly. He was willing to take a hard, uncelebrated step that showed his costly loyalty to God’s direction. He was ready to obey, at great cost to himself, in the best way he knew how.

Step 2: Joseph trusted and obeyed when God redirected him.

But as he considered these things [divorcing Mary], behold, an angel of the Lord appeared to him in a dream, saying, “Joseph, son of David, do not fear to take Mary as your wife, for that which is conceived in her is from the Holy Spirit. She will bear a son, and you shall call his name Jesus, for he will save his people from their sins.” All this took place to fulfill what the Lord had spoken by the prophet:

“Behold, the virgin shall conceive and bear a son, and they shall call his name Immanuel” (which means, God with us). When Joseph woke from sleep, he did as the angel of the Lord commanded him. (Matt. 1:20–24)

Yes, Joseph tried to obey. He took what he knew of God’s Law and was willing to put feet to it. The problem was he didn’t have all the pieces of the puzzle! Mary hadn’t committed adultery—God had miraculously intervened in her life! So, the Lord did the same for Joseph. He intervened. And Joseph listened and obeyed. Here’s the crazy part: Joseph’s obedience was key to fulfilling God’s promises. See the quotation from Isaiah in the passage? This all took place (including Joseph’s obedience) to make God’s foretold Providence become reality. God used Joseph’s small “yes” to do a great thing.

Step 3: Joseph took and provided for Mary out of faith and was willing to wait.

Joseph didn’t get to have his honeymoon. Why? Because he trusted the Lord. He took on the responsibility of being a husband—caring for his wife, providing for the household—without the immediate conjugal benefits. He was willing to set aside his desires so that the baby would be clearly the Lord’s. There’s no doubt that Joseph wasn’t Jesus’ biological father, because he trusted the Lord in having self-control and choosing self-denial.

Step 4: Joseph obeyed the emperor’s decree to go to Bethlehem.

In those days a decree went out from Caesar Augustus that all the world should be registered. This was the first registration when Quirinius was governor of Syria. And all when to be registered, each to his own town. And Joseph also went up from Galilee, from the town of Nazareth, to Judea, to the city of David, which is called Bethlehem, because he was of the house and lineage of David, to be registered with Mary, his betrothed, who was with child. (Luke 2:1–5)

Joseph not only obeyed God, he obeyed the earthly authorities over him. Because of this, Jesus was born in Bethlehem, fulfilling Micah’s prophecy:

But you, O Bethlehem Ephrathah,who are too little to be among the clans of Judah, from you shall come forth for me one who is to be ruler in Israel, whose coming forth is from of old, from ancient days. (5:2)

The step of obedience Joseph took here was the equivalent of paying his taxes. Yet God had a huge, redemption-story purpose in it.

He was called Jesus, the name given by the angel before he was conceived in the womb. (Luke 2:21)

Not only was Joseph the one who named Jesus—which means he adopted him as his own son—he was also the one who bestowed upon Jesus the kingly heritage of David. Mary was also a descendent of David, but not through the main kingly line of Solomon. (We see this in Matthew 1:1–17 and Luke 3:23–38.) If Joseph had not adopted Jesus, the promise to David—of a ruler to come that would be eternal—would not have been fulfilled.

And at the end of eight days, when he was circumcised, he was called Jesus . . . And when the time came for their purification according to the law of Moses, they brought him up to Jerusalem to present him to the Lord (as it is written in the Law of the Lord, “Every male who first opens the womb shall be called holy to the Lord”) and to offer a sacrifice according to what is said in the Law of the Lord, “a pair of turtledoves, or two young pigeons” . . . Now his parents went to Jerusalem every year at the Feast of the Passover. (Luke 2:21–24, 41)

Jesus obeyed and fulfilled the Law perfectly—from birth. Even when He didn’t have the ability to choose to go to the temple Himself, Joseph and Mary took Him. When He could not go out to purchase two turtle doves for His redemption, Joseph and Mary bought them. When He couldn’t decide to be circumcised, they made sure that it was done. He attended Passover with them. He was obedient—in part because they were obedient. Joseph, as the head of the household, made sure that his family followed God’s Word. And we are the beneficiaries. Because of Joseph, we had a Savior who did everything we could not do to gain our redemption. He was a perfect high priest and a perfect Israelite and a perfect sacrifice.

Step 7: Joseph fled with Mary and Jesus to Egypt.

Behold, an angel of the Lord appeared to Joseph in a dream and said, “Rise, take the child and his mother, and flee to Egypt, and remain there until I tell you, for Herod is about to search for the child, to destroy him.” And he rose and took the child and his mother by night and departed to Egypt and remained there until the death of Herod. This was to fulfill what the Lord had spoken by the prophet, “Out of Egypt I called my son.” (Matt. 2:13–15)

No Joseph taking Mary and Jesus to Egypt, no Jesus. Full stop. Herod’s wrath was fierce, but Joseph obeyed and rose up as a protector for our Savior and His mom. Joseph left his community, his work, and his comfort to sacrifice for a kid that was not biologically his. He stands as a picture of true adoptive love and unselfishness by just doing what God told him to do. (And did you catch the prophecy fulfillment again?)

Step 8: Joseph continued to orient his life around protecting Jesus and Mary.

But when Herod died, behold, an angel of the Lord appeared in a dream to Joseph in Egypt, saying, “Rise, take the child and his mother and go to the land of Israel, for those who sought the child’s life are dead.” And he rose and took the child and his mother and went to the land of Israel. But when he heard that Archelaus was reigning over Judea in place of his father Herod, he was afraid to go there, and being warned in a dream he withdrew to the district of Galilee. And he went and lived in a city called Nazareth, so that what was spoken by the prophets might be fulfilled, that he would be called a Nazarene. (Matt. 2:19–23)

Finally, after they came back from Egypt, Joseph didn’t move right back where they were. He didn’t return to where he had been established. Instead, he made his decision around what was best for his family—for Jesus. He again laid down his rights, did what God was asking of him, preserved the Savior’s life, and fulfilled prophecy.

I doubt Joseph knew the long-term results of his obedience. His adopted Son would do miracles, preach the gospel, die for the sins of His people, be buried, and rise again. He would save the world. He would do what no man could do. He would bring life where life was impossible.

All Joseph knew was what God had said and what he needed to do to obey. And he did it.

Consider this: Joseph’s obedience was ordinary, but God used him to preserve life, fulfill His promises, and ultimately, bring salvation to His people. As you obey the Lord faithfully, step-by-step, He can and will use you to do the same. Be encouraged. Your small, everyday obedience, in the hand of God’s Providence, can make a difference for eternity. Following your Lord’s leading each step of the way—that’s the way to change the world.

When You Feel Forgotten, Take a Look at Joseph