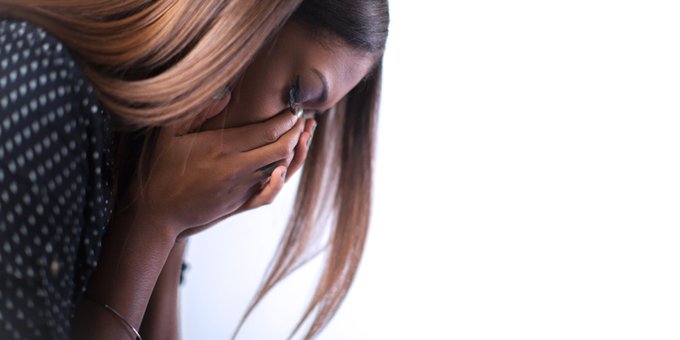 Jesus Came to Take Care of That

From a young age, David loved the Lord. His exuberance for God is evident in the songs he wrote, like this one:

In many ways, David is a biblical hero. His victory over Goliath never gets old, and his psalms give my heart a voice when I don’t know what else to pray. David’s pursuit of God is inspiring. Yet, David messed up big time, falling to temptation when he slept with Bathsheba, the wife of Uriah whom David proceeded to murder.

As a result, David’s household experienced some intense consequences—not because David didn’t repent but because the fallout of sin is real. Our choices have consequences. God fully restored David into fellowship, forgiving and cleansing David when he sought restoration, but that didn’t stop the residual effects. Namely, that sexual sin and murder would plague David’s family.

And David watched it all happen. First, David’s son Amnon raped his daughter Tamar, stealing Tamar’s virginity and any hope for a future. 2 Samuel 13:20 says Tamar lived the rest of her days thereafter as a “desolate woman in her brother Absalom’s house.”

Two years later, Absalom murders Amnon to avenge the wrong done to his sister, and David’s household is left weeping again. Absalom flees, estranged from the family, only to return three years later to conspire against David for the throne.

As a result, it’s David’s turn to flee. He takes everyone with him except for ten concubines whom Absalom sleeps with on the roof of the palace to fulfill the word of the Lord spoken to David due to his sin with Bathsheba.

Thus says the LORD, “Behold, I will raise up evil against you out of your own house. And I will take your wives before your eyes and give them to your neighbor, and he shall lie with your wives in the sight of this sun.” (2 Sam. 12:11)

A Beautiful Headdress in Exchange for Ashes

Even after God fully forgave and restored David, the residual effects of David’s sin broke him and wrecked Tamar and divided the kingdom and destroyed relationships. David’s family was a mess.

Sometimes we equate the hard things in our lives with God not fully forgiving us, but God’s forgiveness is always complete and final. However, just because we experience God’s grace doesn’t mean we won’t experience the aftermath of our sinful choices or the aftermath of others’ wrong decisions.

And so, we weep for our loved ones and apologize for the messy. We pray for God’s merciful intercession. We fall on our knees in desperation and, like Tamar, carry the agony of painful experiences. Heartbroken, we endure, but not without regret and shame attacking us along the way.

When Amnon bolted the door behind Tamar, essentially sealing her future as a rejected, destroyed woman, Tamar put ashes on her head, tore her long robe, and ran away weeping (2 Sam. 13:19). We wonder, How could God allow something like that to happen?

Do you know what I think? I think God was heartbroken, too. I think Jesus longed to go to Tamar and wrap His everlasting love around her. How do I know? Fast forward with me about a thousand years to the beginning of Jesus’ public ministry. Jesus is back in Nazareth, his hometown, at the synagogue. And out of all the Scriptures Jesus could have read before the people, He chose Isaiah 61.

The Spirit of the Lord GOD is upon me,
because the LORD has anointed me
to bring good news to the poor;
he has sent me to bind up the brokenhearted,
to proclaim liberty to the captives,
and the opening of the prison to those who are bound . . .
to grant to those who mourn in Zion—
to give them a beautiful headdress instead of ashes,
the oil of gladness instead of mourning,
the garment of praise instead of a faint spirit;
that they may be called oaks of righteousness,
the planting of the LORD, that he may be glorified.
They shall build up the ancient ruins;
they shall raise up the former devastations;
they shall repair the ruined cities,
the devastations of many generations. (Isa. 61:1–4, emphasis added)

A Beautiful Dwelling Place in Exchange for Rubble

Out of all the things Jesus could have proclaimed, He chose to begin his ministry with a declaration of reversals:

The brokenhearted, renewed.
The mournful, filled with gladness.
The covering of ashes, replaced with a beautiful headdress.
The ruined, rebuilt.
The devastated, repaired.

And that, my friends, is the power of the gospel for all who believe! Christ alone can take that which is forsaken and desolate and turn it into a beautiful garden full of spiritual fruit. God’s grace can cover anything, turning the devastated into the delighted by giving them a new story to tell, one of redemption and celebration and praise in the marvelous works of God.

It doesn’t matter how sordid your past. Jesus says, “I can take care of that. Come to me and let me replace your mourning with gladness and your ashes with a beautiful headdress and your ruined garments with robes of righteousness.”

The same path David took as he fled Jerusalem due to the consequences of his sin (and because there was nothing else David could do to save his family) is the same path Jesus took in route to the triumphal entry. While David left because he could do nothing more, David’s greater Son, Jesus Christ, came in because He could do so much more. And our Lord wasn’t leaving until He finished.

The Lord looked upon the wrong done to David, and He looked upon David’s wrongs. He saw Tamar, too (and so many others). He looked and He saw and still He said, “I can take care of that.”

He’s looked upon our wrongs, too—the ones we’re responsible for and the ones that belong to others. And still, He says, “Let me take care of that.” At the cross, Jesus took care of both the wrong we’ve done and the wrong done to us. Nothing gets past the cross.

We may not know how to fix the mess, but Jesus does. Whatever it is, Jesus came so He could take care of it. It doesn’t matter how deep the ruins are. Even the most chopped-up rubble—the most messed up lives—can be a beautiful dwelling place in God’s presence.

Beloved of God, Jesus came so He could take care of that, whatever that might be for you.