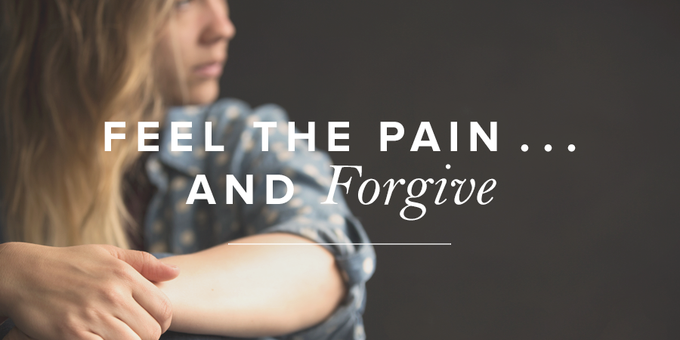 It was a pain beyond what I had ever felt before. The betrayal. The deception. The abuse. In one moment, it was all unmasked, and I was left breathless and flattened with the immensity of it.

A Christian leader I had trusted, followed, served with, and personally confided in was revealed to be a sexual predator. This pastor had taken advantage of the vulnerable, manipulated them and others into keeping silent, and twisted the Word of God to his own gain. The effects were (and still are) far-reaching and destructive, not only to those who served with him but also to those we served.

Though I wasn’t one of the victims of sexual abuse myself, I still feel the effects of months of spiritual and emotional abuse—they have their tentacles in my relationship to ministry, people in leadership, and men in general. But by the grace of God and with help from wise counselors, I’m healing.

I read the headlines today about priests abusing children, pastors raping women, and large organizations covering up the evils of their leaders, and I get angry. My anger is both for the atrocities happening today, and still, at times, for what happened in the organization I worked in.

Is the pain real? Yes. But the forgiveness is also real.

Before you click away from this post and say that I have a misunderstanding of forgiveness, consider this: Biblical forgiveness doesn’t mean not feeling the pain.

So many of us have been conditioned to believe that forgiveness means pretending that something didn’t happen. And connected to that—we think that forgiveness means never getting angry or feeling pain again about the situation. When we act out of this belief, we may seem “Jesus-like” on the outside, with our smiling faces and pretend “I’m fines,” but really, this sort of life is not biblical forgiveness. And it’s not healing.

As anyone who has attended a soul-winning class or evangelism seminar knows, you have to deliver the bad news before the gospel is good news. Sin has to be acknowledged, the depth of our wickedness before God has to be seen, before the truth of God’s mercy and grace means anything to us. It’s the same with our forgiveness.

Rather honesty about evil done to us (and the pain attached to it) is irrevocably intertwined with forgiveness and healing. To forgive rightly, we cannot ignore what God does not ignore, and we cannot sweep away emotions that we should feel. Our good God has made us in His image—and part of that image is having emotions, feeling pain, and getting angry about what is wrong in the world, as He does.

A familiar verse in Romans 1 reminds us that God is angry about our sin:

When we are ungodly and unrighteous, God is rightfully angry, because sin has made us other than we should be. He created us for goodness and godliness, but because of our first father’s choice, we are anything but. So God gets angry.

In his book Good and Angry, counselor David Powlison defines anger as “active displeasure toward something that’s important enough to care about.” In the case of my personal example above, my anger is displeasure that some men have behaved evilly in the name of Jesus. I’m angry that atrocities have been done and injustice allowed to run rampant. Because . . . it’s important that women and children who have been traumatized are not receiving justice, and it’s important that the name of Jesus has been abused by Christian leaders in covering up sin. And in the case of Romans 1, God is angry because godliness, righteousness, and the Truth matter.

What I am not saying is that the actions our anger fuels are always right. That’s not the case. We can be angry over the right things and act wrongly. Yet it is important to recognize that anger in itself, as an emotion, is not a wrong thing.

In my anger, I do forgive the man who abused me. How can this be? I think Powlison explains this dichotomy well farther into his book:

Forgiveness . . . looks wrong in the eye. By definition, it names wrong for what it is and feels the sting. . . . You choose not to give back what only seems fair, just, equitable, or reasonable.

Forgiveness means we don’t ignore. We don’t excuse. But we do release the right of vengeance to God without pretending vengeance isn’t right. It means saying, “This person has sinned against me, and deserves to pay, but I will not take God’s place as judge and executioner in this matter.” You choose to let Him deal with the person and walk in freedom, knowing He will serve justice in His time. (Even if it means the person truly repents and in grace, God serves justice through His wrath poured out on Jesus. The gospel is good news for the repentant wrongdoer—that’s why it’s good news!)

So if anger reflects the wrath of God toward sin, and forgiveness reflects the good news of the gospel, then having a biblically forgiving heart means being amiable to reconciling if repentance happens. Remember, in His mercy, God is “not wishing that any should perish, but that all should reach repentance” (2 Peter 3:9). Yet as you know, He doesn’t actually reconcile with sinners and have a restored relationship with them (with us!) until we believe the good news of the gospel.

God has a forgiving heart before actual reconciliation happens. Too often we collapse these two things: forgiveness and reconciliation. We skip the step of repentance of the wrongdoer and try to make everything “fine” without it.

But just as God does, we can have an attitude of forgiveness in our hearts without the relationship being restored. Some situations (especially abusive ones like the one I was in), require separation for safety and/or for the perpetrator to experience the consequences of their sin.

In my case, I’ve never seen that leader again, and he is serving a prison sentence for his crimes. And right now, it would be irresponsible and unwise for me to seek out a relationship with him. I do pray for this man and ask God to work in his heart, but unless he is repentant and willing to turn away from his abusive ways, he would still be a danger to me and others he had power over. And it would be wrong for him to return to his position in ministry without the fruit of repentance.

As I say all this, I feel the anger of the wrong done, and yet I forgive him. I’m willing to see reconciliation happen if God wills it. Every time something triggers the pain and trauma of that event, I turn to the Lord. I pour out my pain to Him in lament, and I ask Him for His heart on it.

But I don’t stay there. I move into the world around me out of my experience. I write about the pain (as I am here) or speak to someone wise that I trust. I serve others in my community and church that are walking through trauma with the healing God is giving me. And all of this is by grace.

I rest in the gospel—I have been forgiven much. And because of His merciful yet wrathful heart, God was patient to wait for reconciliation. He held out His hands in love until I repented. Friend, in your pain today, don’t ignore what happened, don’t stuff down the pain. Take it to God, and ask Him to give you His angry yet forgiving heart.

Previous Post The Precious Gift of Seconds, Minutes, and Hours
Next Post 4 Keys for Investing in Your Grandchildren