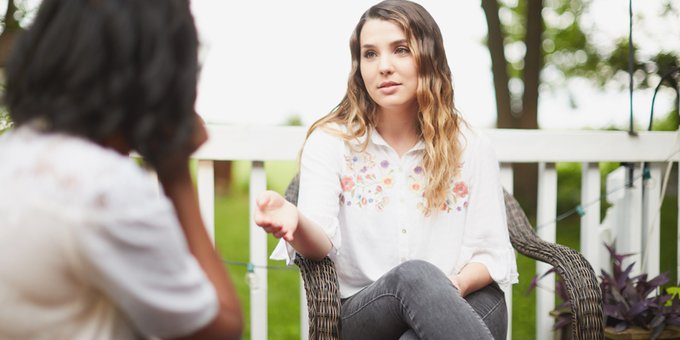 Are You Seeking Counsel or Gossiping?

Several years ago, I asked for someone’s help (we’ll call her Susan*) in reconciling with a friend.

“I’m not sure that’s a good idea,” she answered. “Sometimes it’s best to leave things alone.”

I persisted. “We are all in the same study where two people aren’t on speaking terms. I don’t think God is honored by that.”

Unbeknownst to me, Susan had already taken some steps to sort out the mess. Instead of bringing us two women who had a disagreement together, she opted to poll the other women in the study. After compiling all their input, she made a conclusion: it was my fault. Perhaps Susan meant to spare me pain, but her actions only highlighted my blindness and intensified my shame when it was finally brought to light.

The entire group had been apprised of the disagreement, and they found me wanting. I was the last to know because no one confronted me directly.

Confrontation is difficult, and the enemy of our souls makes will make certain that the timing for it is never quite right. If the ladies in the study had directly and honestly confronted me, it would have been a courageous act of love. Instead, I was left wondering if the entire group just preferred I go away. Crushed, I left the group.

The shame of that experience lingers with me today.

The entire episode might have turned out differently if we (myself included) had kept a wise rule of thumb: talk to a person not about them.

Talk to That Person and Limit Your Words

Too often we delude ourselves into thinking we need to pull others into our disagreements for their wisdom and prayers. There are some occasions that call for this (Prov. 11:14), but many of our encounters have less to do with acquiring wisdom and prayer support, and more to do with gossip and slander. While slander usually involves spreading a false report, it can also involve spreading harmful (but true) information about another person.

There are many warnings in God’s Word to limit what we say to others.

For lack of wood the fire goes out, and where there is no whisperer, quarreling ceases. (Prov. 26:20)

Whoever covers an offense seeks love, but he who repeats a matter separates close friends.

Questions to Consider in Dealing with Conflict

Pastor Stephen Witmer offers some helpful questions to consider before “seeking counsel and prayer” of another to help with a conflict:

To be clear, the disagreement in my case was my fault, and the less than helpful solution could have also been avoided if I had chosen to speak with my adversary directly and quickly. Proverbs 25:9 says,

Argue your case with your neighbor himself, and do not reveal another’s secret.

Therefore, having put away falsehood, let each one of you speak the truth with his neighbor, for we are members one of another. Be angry and do not sin; do not let the sun go down on your anger and give no opportunity to the devil. (4:25–27)

To have a successful resolution to a horizontal conflict, you must first respond to a vertical one. Our sins against one another are ultimately an offense to God. In Psalm 51, David confesses to the Lord,

For I know my transgressions, and my sin is ever before me. Against you, you only, have I sinned and done what is evil in your sight. (vv. 3–4)

Christ is the great reconciler. In His presence there is no excuse, no “yeah buts,” no coloring our actions in a more acceptable light. It is here that our sins are properly identified and seen for what they are. And yet, Christ still pays our debt and calls us to Himself. When Christ lifts the burden of sin and shame from our hearts, we gain both the courage and the desire to reconcile with our sisters.

Through the finished work of the cross, we can talk to someone instead of about them.

I found this to be true, and I finally spoke directly to the woman with whom I had a conflict. She graciously forgave me. Although I was not invited back to the group, all is not lost. God does not waste our suffering, and I have gained a valuable lesson through this crucible of pain.

*name and details have been changed for confidentiality

3 Ways to Fight a Gossip-Enticed Heart