Even as a child, Margaret hoped to write a book, but God put her in the waiting room on that for six decades. In the meantime, she married her college sweetheart and raised seven children with him. As they were approaching their 40th anniversary, her husband passed away suddenly in 2009. It was during Margaret’s adjustment to widowhood that God said, “Okay, now. Write a book to encourage widows,” which she did. When she isn’t writing on GettingThroughThis.com, she’s having fun doing life with her children and grandchildren. 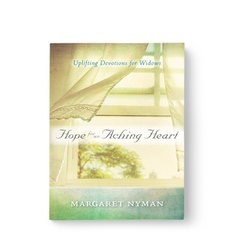 Hope for an Aching Heart 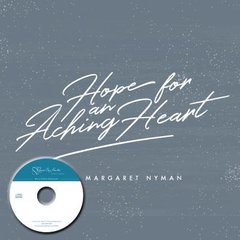 Hope for an Aching Heart, with Margaret Nyman - CD