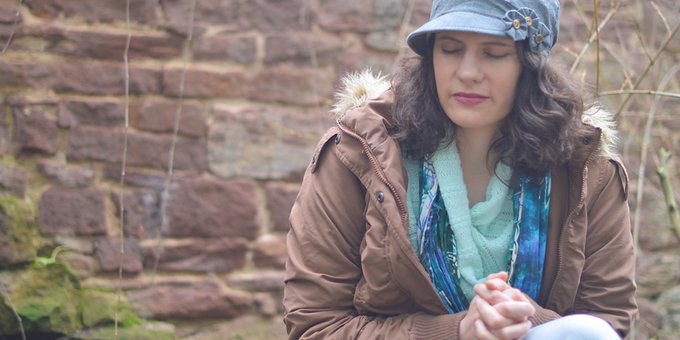 The name Ebenezer Scrooge has become synonymous with the concept of stinginess. The protagonist in the Dickens novella A Christmas Carol, Ebenezer Scrooge, though a wealthy man, refuses to share his wealth or to enjoy it. He scoffs at the notion of donating to charity and rations his coal so that his employee Bob Cratchit nearly freezes while working long hours for little pay, and Scrooge turns a blind eye to the life-threatening condition of Cratchit’s youngest son. Instead, Scrooge lovingly counts his money time and again, replacing human relationships with cold, lifeless coins.

While Dickens draws an extreme caricature of a miser and his money, he depicts a tragically accurate portrayal of my heart—perhaps yours, too—and my skinflint ways when it comes to extending forgiveness.1 Though I’m sure we could come up with a few more ways to fill in the blank, I’ve drawn upon my own shortcomings to help you see you might be a stingy forgiver if . . .

. . . You Withhold Forgiveness in Order to Stew in Your Anger

Sometimes anger just feels so good, doesn’t it? In the moment when we’re letting the other person finally get their comeuppance, we find pleasure, just as we do in all sins (Heb. 11:25). If we didn’t enjoy our pet offenses, we’d surely be better at avoiding them. In the moment when the other party feels bad and apologizes for whatever transgression he has committed, I should be ready to forgive; but sometimes I’d rather sit in my anger a while longer. Often I feel that I’ve not quite marinated in my righteous indignation long enough, so I withhold forgiveness until I’m good and ready. Now I have control in the situation, which is exactly what I want. No longer am I the weak, injured party; I’m the strong party with the power to forgive (or not).

What I’ve just described sounds a lot like the sins that I should be discarding, not wallowing in: “But now, put away all the following: anger, wrath, malice, slander, and filthy language from your mouth” (Col. 3:8, emphasis added).

As a blood-bought follower of Christ, I must put to death my fleshly anger and walk in step with the character of God, who stands ready to forgive the moment His people call.

Consider His promise to Israel:

If I shut the sky so there is no rain, or if I command the grasshopper to consume the land, or if I send pestilence on my people, and my people, who bear my name, humble themselves, pray and seek my face, and turn from their evil ways, then I will hear from heaven, forgive their sin, and heal their land. (2 Chron. 7:13–14, emphasis added)

Or His response to the wicked, pagan city of Nineveh:

God saw their actions—that they had turned from their evil ways—so God relented from the disaster he had threatened them with. And he did not do it. (Jonah 3:10, emphasis added)

Finally, bask in this sweet promise of the character of God:

For you, Lord, are kind and ready to forgive, abounding in faithful love to all who call on you. (Psalm 86:5, emphasis added)

Our heavenly Father, though righteously angry at every sin that affronts His holy character, never wallows in that anger for His own pleasure. He stands ready, willing, and hoping to forgive the very moment a sinner calls on His name.

How can I stingily withhold forgiveness, when every time I call upon the Lord, I receive His lavish, opulent compassion?

How can I stingily withhold forgiveness, when every time I call upon the Lord, I receive His lavish, opulent compassion?

After I’ve allowed my anger to brew a sufficient length of time, I’m ready to forgive. But that doesn’t mean I’m not stingy about it. The next sign that you might be a stingy forgiver is that you attach very specific strings to your forgiveness.

We all know that there are good apologies and bad apologies: proper, godly ways to ask forgiveness, and improper, flippant ways to ask. While the content of an apology does matter, I should not allow a poorly worded, albeit sincere, apology to condone my grudging forgiveness. When I demand that the offender name his transgressions exactly as I experienced them, I’m again vying for power, not exemplifying Christ.

Consider the example of the father in Jesus’ parable of the Lost Son. After his son comes to his senses and walks the long, dusty trail home, the father runs to his boy and embraces him before the plea for forgiveness can even leave the young man’s tongue:

So he got up and went to his father. But while the son was still a long way off, his father saw him and was filled with compassion. He ran, threw his arms around his neck, and kissed him. The son said to him, “Father, I have sinned against heaven and in your sight. I’m no longer worthy to be called your son.” (Luke 15:20–21)

My heart has changed from a stingy to a generous forgiver when it stops editing an apology or withholding forgiveness until one comes, and looks to restore the relationship anyway.

. . . You Forgive with Your Fingers Crossed

Perhaps when you were a child you thought that crossing your fingers when making a promise completely absolved you from following through.

While I haven’t used the “had my fingers crossed” trick in many a year, I have done much the same thing with false forgiveness.

Forgiveness is fundamentally a threefold promise. When I forgive, I promise not to bring that offense up to . . .

Breaking any of these promises is basically akin to saying, “I forgive you. Just kidding. Had my fingers crossed!”

Praise God He doesn’t forgive like we do. Think on these promises of the eternality of His forgiveness:

Who is a God like you,
forgiving iniquity and passing over rebellion
for the remnant of his inheritance?
He does not hold on to his anger forever
because he delights in faithful love.
He will again have compassion on us;
he will vanquish our iniquities.
You will cast all our sins
into the depths of the sea. (Mic. 7:18-19)

“No longer will one teach his neighbor or his brother, saying, ‘Know the LORD,’ for they will all know me, from the least to the greatest of them”—this is the LORD’s declaration. “For I will forgive their iniquity and never again remember their sin.” (Jer. 31:34)

We don’t need to be visited by the Ghost of Christmas Past or Jacob Marley to change us from miserly forgivers to generous ones. We simply must remember the gospel.

And be kind and compassionate to one another, forgiving one another, just as God also forgave you in Christ. (Eph. 4:32)

1The situations which I have in mind are day-to-day, garden-variety scenarios in which I should readily extend forgiveness to my neighbor. You may have been sinned against greatly and are struggling to forgive your offender; while the forgiveness extended to you through the gospel must motivate you to forgive that person, please don’t read what follows as my belief that forgiveness in such a circumstance is easily given. However, all that I will say does apply to your situation, but I do realize that some situations come with more baggage than the ones I have in mind here.

Previous Post Ease into the Bible: How Prayer Helps Us Understand the Bible
Next Post Bible Reading Blues? Study Your Stop