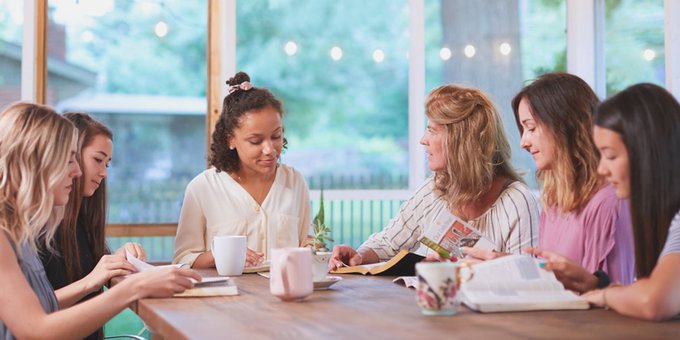 Perhaps she looked at the fruit and wondered what she was missing. What sort of insight would she gain if she took a bite? Then, as she “saw that the tree was . . . desirable for obtaining wisdom . . . she took some of its fruit and ate it” (Gen. 3:6).

Like Eve, we all have tried to obtain wisdom by indulging the lusts of our flesh and caving to temptation. Ironically, Eve’s bite had just the opposite effect of what she was hoping for.

In their case, the god of this age has blinded the minds of the unbelievers to keep them from seeing the light of the gospel of the glory of Christ, who is the image of God. (2 Cor. 4:4)

For though they knew God, they did not glorify him as God or show gratitude. Instead, their thinking became worthless, and their senseless hearts were darkened. Claiming to be wise, they became fools. (Rom. 1:21–22)

Nothing has changed, of course. We still long for insight, and we live in a great age to find it—or the iron pyrite equivalent of it. The internet has allowed us all to become “experts” on any given hobbyhorse and to share our opinions with whomever will listen through a blog, social media post, podcast, or even (heaven help us) a TikTok video. Influencers gain huge followings of people who are looking to glean a teaspoon of wisdom from listening to a thirty-minute lecture or watching a ten-minute (or ten-second) video. We think that if we align ourselves with the right thinkers we will be well thought-of now and well-remembered in the future.

Scripture has lots of names for those who follow Christ: believers, brethren, overcomers, disciples, saints. But did you know that it also calls us “those who have insight”? This idea pops up four times near the end of the book of Daniel:

"Those who have insight among the people will give understanding to many, yet they will fall by the sword and flame, and be captured and plundered for a time.”

"Some of those who have insight will fall so that they may be refined, purified, and cleansed until the time of the end, for it will still come at the appointed time.”

“Those who have insight will shine like the bright expanse of the heavens, and those who lead many to righteousness, like the stars forever and ever.”

This does not mean that we have arrived in wisdom; but it does mean that the blindness benighting our hearts has been removed:

For God who said, "Let light shine out of darkness," has shone in our hearts to give the light of the knowledge of God's glory in the face of Jesus Christ. (2 Cor. 4:6)

In Christ we have received exactly the insight that Eve thought she would receive by taking a bite of the forbidden fruit—the same wisdom the world still desperately wants.

If we’re going to show the world the wisdom we’ve received—and that they’re clamoring after—we must put it on display. James’ blueprint is a good place to start.

But the wisdom from above is first pure, then peace-loving, gentle, compliant, full of mercy and good fruits, unwavering, without pretense. (James 3:17–18)

Those who have insight aren’t adulterated by the world. They don’t mind turning off an offensive movie, returning a library book unfinished, or deleting an app from their phones if it’s causing them to stumble. They’re also pure in thought and speech. Taking Paul’s warning to the Ephesians to heart, those who have insight steer clear of “corrupt communication” with others: lewd jokes, coarse language, biting sarcasm, or belittling gossip (Eph. 4:29). Likewise, they jettison such things from their minds. Purity isn’t just about cleaning up the outside; it’s about an unpolluted heart as well.

Finally, those who have insight are “pure” in philosophy and worldview. They believe that insight comes from meditating on God’s Word (Psalm 119:99) and that the Word of God contains all that they need for life and godliness (2 Pet. 1:3). They don’t attempt to mix Scripture with the world’s philosophies and then convince themselves it’s an improvement. They hold fast to the pure, unadulterated truth of God’s Word (Psalm 19:9).

Next, those who have insight are peacemakers. They don’t pick fights, in person or online. They don’t disguise a critical spirit with a veil of “discernment.” They’re more concerned about forgiveness and reconciliation than with vindication. They eagerly cover offenses in love. However, when a conflict erupts, they don’t hurry to sweep the problem under the rug and then ignore it until it goes to sleep, just waiting to be poked again. Having searched out their own eye for any planks, they suck up their anxious feelings about confrontation and go about the business of humble peacemaking. They call sin “sin,” but don’t use it as a club to browbeat their friend or spouse. As followers of the Prince of Peace, they boldly use the Word of God to help point the other person to the gospel and urge them to repent. They also don’t give in to the temptation to become bitter. Instead, they keep their heart poised to forgive. And when forgiveness is granted, the offense is gone. They’ll never use it as ammunition against the offender.

Those who have insight also demonstrate gentleness. They don’t strike back when they’re ruffled. Instead, they entrust even unforeseen, irksome circumstances to the Lord, recognizing Him as sovereign over their schedule, goals, plans, body, and talents. Gentleness shows up in their responses to small annoyances every day: a missing cell phone or set of keys, spilled coffee on an already overdue library book, a positive COVID test and two weeks in quarantine, or a dead battery on a cold morning. Gentleness will also show itself in the big moments: a life-changing middle-of-the-night phone call or devastating biopsy results; another tragedy in your family or neighborhood; or a 401(k) that’s going the wrong direction. Those who have insight express frustration, sorrow, and confusion. But they trust God. What sloshes out of their cup when it gets bumped is Spirit-filled hope.

Those who have insight also don’t insist on getting their own way. They are willing to obey, and they don’t make a scene. They know that there may be times when man’s laws directly contradict God’s laws; and when that happens, they’ll take a stand. Otherwise, they’ll obey. They don’t question authority or react with passive aggression. Their superiors know that when they ask a “person with insight” to do a job, that job will get done just as it was assigned.

Those who have insight also have compassion. Like the Good Samaritan, they will come to the aid of a person in need, regardless of their personal feelings about that person. They remember that all humans are created in the image of God and have eternal souls. They don’t demonize their enemies but look on them with compassion and pray for their repentance. They don’t shy away from a suffering brother or sister, but move toward them to offer hope, comfort, or a Walmart gift card. They remember the mercy that God demonstrated toward them at the cross and look for ways to give it to others.

Without Partiality or Pretense

Finally, those who have insight are the genuine article. They don’t play favorites or put on a show in order to get ahead with the right crowd. They say what they mean and they do what they say. They’re honest and upfront in their dealings, and their character doesn’t change, no matter who is (or isn’t) watching. They treat everyone the same way, regardless of social status, political party, or personal preferences; and they never gossip about a neighbor. What you see is what you get with those who have insight.

James sets the bar high! If it were up to any of us to attain true wisdom, we’d never get there. (No wonder Eve went for the fruit!) Thankfully, we are called “those who have insight” because we are united to Christ. His perfect peaceable, merciful, gentle wisdom is now ours. Though we are called to grow in wisdom, we can rest confident in the fact that Christ’s wisdom already belongs to us and that God will generously give us wisdom when we ask (James 1:5).

We don’t need the fruit from a tree. We just need the gospel.