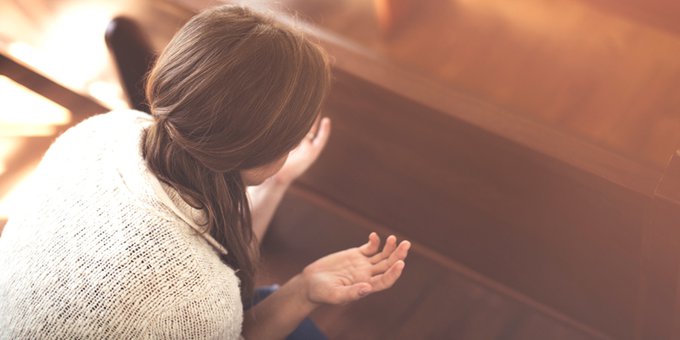 Why Some Prayers for Healing Fail

The 2019 movie Breakthrough told the true story of one mother’s love and prayers in the face of impossible odds. The teaser read, “When Joyce Smith’s adopted son John falls through an icy Missouri lake, all hope seems lost.” The film captured a mother’s relentless prayers of desperation for her son to live. The skin-chilling answer to those petitions left viewers drowning in tears of joy.

But what if her son had died? How would that story play out on the big screen? Would we still call it “inspirational”?

In September 2013, three days after my husband Jim’s open-heart surgery, I watched in horror as his heart rate plummeted from sixty to zero in less than a minute. As nurses rushed in, I began to pray, “No, God. No. Not now, not him.”

The subsequent emergency surgery did not go well. Jim’s sparkly blue eyes darkened, and his hands swelled so much I could barely clasp them in mine. In my twenty-five years as a cardiac nurse, I’d only seen two patients survive similar circumstances. When they recovered, their family members reminded us of our gloomy predictions. Delighted to be wrong, I hugged them and rejoiced at the goodness of God.

Those happy moments haunted my brain as I stared at the machines keeping Jim alive. Would he be the third patient I’d see survive the odds? The medical part of my brain planned for a funeral, while the faith part of my brain prayed for a miracle. I never believed God’s plan after Jim’s cardiac arrest was to heal him, but I also never doubted the Lord’s ability to do so. God’s saving power did not depend on my faith, nor the substance of my feeble prayers. But as I soon learned, not everyone saw my circumstances as I did.

Word of Jim’s cardiac arrest reached many people within hours of his surgery. Most friends texted me with assurances of love and offered Bible verses of comfort. Others came to the hospital. But some had a peculiar angst and asked that I take a “step of faith” in order to save my husband.

“Go home,” one email read. “Make ready for Jim’s return. God will see your faith and heal him.”

A friend texted, “Get as many as you can to pray for total healing. Prayer changes things, but it’s up to you.”

My faith mingled with confusion. When it became clear that my “No, God,” prayer wasn’t having the results I had hoped for, I turned to interrogation. “God, what in the world are you doing? How can any of this give you glory?”

We filled the waiting room and prayed. But despite all the prayers and faith we mustered, Jim died. My friend’s words rattled in my brain: prayer changes things, but it’s up to you. Did we not have enough faith in God for Him to work?

It seemed possible, especially as I played back my conversations with God over the past few days. In darker moments, my friends’ well-intentioned advice to have more faith left me with a boatload of guilt as crushing as the grief itself.

Before Jim’s surgery I would have confidently told you that no one in my Christian circles believed in the prosperity gospel. Most of my friends would easily recognize the false teaching of the wealth aspect of the prosperity gospel. Even so, the exhortations to believe that God’s will for Jim must be physical healing and the subtle inference that my faith could change His providence sounded painfully familiar.

Heresies are a distortion of truth. Although we can categorically reject them as false, we sometimes embrace them emotionally because they appeal to our desire for comfort and control. Deception is at the core of heresy. The Word tells us we are easily deceived. This can be especially true when we are facing a fatal diagnosis or staring at a husband’s heart monitor.

Let me be clear: the prayers of the righteous avail much (James 5:16). But, for reasons known only to a holy God, many die even as those earnest prayers ascend to heaven’s throne. So why does one person live and another die?

This question is pondered in Breakthrough, which wisely offers no clear answers. After all, aren’t there some questions that are bigger than our minds can fathom?

Job confessed to God, “Surely I spoke about things I did not understand, things too wondrous for me to know.” (Job 42:3). God never offers Job an explanation for his suffering. Instead of an answer to why, God offered who: Himself.

When Nebuchadnezzar threatened to place Daniel and his friends in a fiery furnace if they didn’t bow down to his carved image, Daniel replied,

“If the God we serve exists, then he can rescue us from the furnace of blazing fire, and he can[a] rescue us from the power of you, the king. But even if he does not rescue us, we want you as king to know that we will not serve your gods or worship the gold statue you set up.” (Dan. 3:17–18)

But if not. Full stop. Daniel acknowledged the Lord’s will isn’t always deliverance—be it from an angry king or a life-threatening illness. We pray in faith, trusting God regardless of the outcome.

Elisabeth Elliot said, “[To pray] Thy will be done, I must be willing, if the answer requires it, that my will be undone.”Prayers are not designed to change the heart of God, but they will change ours. It took some time, but I did transition from praying “No, not him,” to “Thy will be done.”

There is another kind of faith God sees and honors. It’s the kind that can say “I believe in the resurrection of the body and the life everlasting,” while looking at my husband’s gravestone.

Until we meet again, my love.

1Further reading: Duke Divinity School assistant professor Kate Bowler’s book, Blessed: A History of the American Prosperity Gospel, is the best text for understanding both the prosperity gospel’s roots and its theological dangers.

Previous Post Ease into the Bible: Is It Really Worth the Bother?
Next Post You Have Something the World Wants: Insight