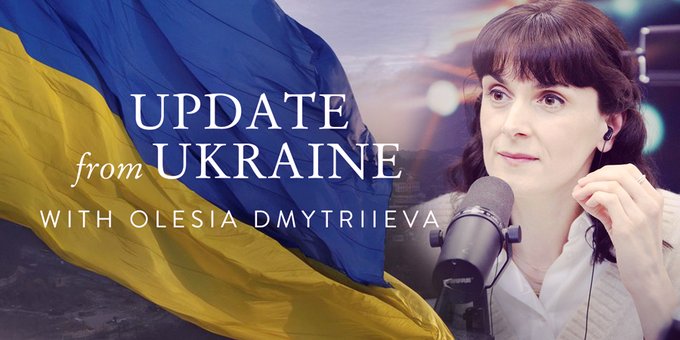 Words Fail, God Does Not: Gospel Hope in Ukraine

Olesia described conditions on the ground and her own family’s experience fleeing the dangers of the Russian invasion to Dannah Gresh on a special edition of Revive Our Hearts, preempting regular programming. Olesia said, “I speak five languages, and I was thinking, What is the best word to describe what is going on in Ukraine? I didn’t find any.”

As the death toll rises and images of families fleeing war-torn neighborhoods continue to stream into our hearts and homes, what can we say about the devastation that is unfolding? When words fail us, God does not.

“I know that the Lord is with you,” Nancy told Olesia. “His presence never leaves you. He will never forsake you and your precious family and these other brothers and sisters that we love so dearly and consider partners in the gospel.”

Nancy and Olesia’s friendship was forged last fall, as they gathered in a Zoom room with more than sixty Christian women from the former Soviet republics to pray and dream about how God could use Revive Our Hearts to impact women in Eastern Europe. It’s a region where tragedy is not a new addition to the headlines. In 2014, four volunteers working to broadcast true hope through a Christian broadcast company were martyred for their faith. Witnesses reported they sang Christian hymns as they were tortured. Two of the martyrs were Olesia’s cousins.

Despite widespread unrest and uncertainty, our brothers and sisters in Ukraine continue to send out the beacon of gospel hope

Despite widespread unrest and uncertainty, our brothers and sisters in Ukraine continue to send out the beacon of gospel hope (though they aren’t sure how much longer that will be possible). Plans to launch additional stations and reach more people with God’s truth continue. There is clearly a need as the majority of those listening to Christian programming are women, and yet, there are virtually no female voices broadcasting biblical content for women. Could it be that God has a plan to use Nancy’s trusted teaching for such a time as this?

A Global Call to Freedom, Fullness, and Fruitfulness

As the Revive Our Hearts team observed Nancy’s initial interaction with Olesia and the other women via Zoom, there was a collective sense that God was doing something remarkable. As their countries descend into political, military, and economic crises, that excitement has been paired with a growing sense of urgency.

Here at Revive Our Hearts we are watching. We are praying. And we continue to be amazed at the doors God is opening for us to be a part of His work around the world. Join us! Pray for Olesia and the many women like her who are seizing the opportunity to tell others about Christ, even as they flee for their lives. As you do, take time to listen to and share these timely resources from Revive Our Hearts.

On the Revive Our Hearts Podcast

Don’t miss Dannah Gresh’s interview with Olesia as she describes conditions in Ukraine and how God is using this crisis to draw people to Himself. You’ll also receive specific instructions about how you can pray for the people of Ukraine and Russia.

On the Grounded Videocast

Episode: “Hope & Perspective for the Crisis in Ukraine, with Joel Rosenberg and Karen Ellis”

War rages, people flee for survival, threats of the unknown fill the headlines . . . How do Christians respond to times like these? Esteemed guests Joel Rosenberg and Karen Ellis give insight on how to pray and reminders about where help ultimately comes from in this unique edition of the Grounded videocast.

Join Us in Running the Marathon of Hope

God is at work in every corner of the globe, including Ukraine and Russia. Olesia told Dannah:

The miracle of God is that we have a studio in this town where we are staying, and our team is trying to come to this town and go on the air every day. That’s what we do. We already have five members of our team, and every day we have a “marathon of hope.” We just go and we pray for people. We try to ask questions like, “What will you do when the war is over?”

This is not the question to know their plans, this is the question of hope. The war will be over. We have a future. We have hope in God. People are responding with so many comments that my colleagues and I don’t have time to respond.

About twenty-two teenagers were listening to our broadcaster, Egert, and he was talking from a bomb shelter. He was talking about God. Where the bombing is so intense, it is called “hell on earth.” So Egert was preaching, and he was almost crying to the young people, saying, “Jesus is your help.” Twenty-two teenagers accepted Christ as their Savior. This is amazing, what God is doing!

Though you may struggle to find the words to express the cry of your heart for the people of Eastern Europe, through His Word, His Spirit, and His Church, God is still speaking. Join us in praying for revival and for wisdom to steward the opportunities He has placed in our hands.