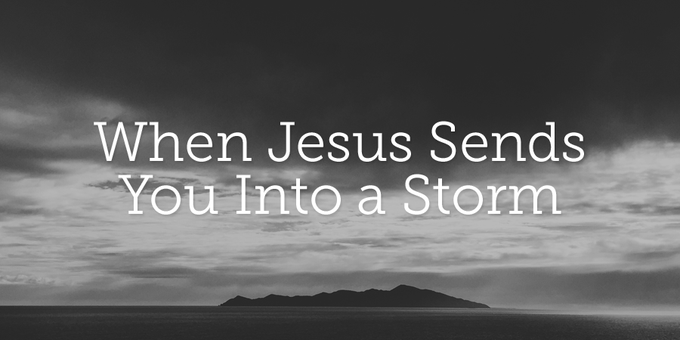 When my son was ten, he was diagnosed with a rare skin disease, literally an hour before we left on vacation. That morning he had pulled up his basketball shorts to show me the sores on his legs, which he hadn't thought to mention earlier. But now they were hurting enough to keep him from playing soccer with the neighbors and big enough to cause my jaw to drop.

I rushed him to an urgent care facility, where a doctor told us that Cole had a rare, autoimmune skin disease. He prescribed enough medicine to get us through the week, then we left town with more questions than answers. As my husband drove, I searched on my phone for information about the disease. As the Internet swung wide the gates of data, dread flooded our hearts. This would be our life now. His life.

I kept glancing at my son in the rearview mirror. I hid my tears from my precious boy whose carefree childhood seemed to have been snatched away in an instant. Rather than heading on vacation, it felt like we were driving into a storm.

Matthew 14 tells the story of Jesus sending the disciples across the Sea of Galilee without Him. He gave directions, and they obeyed. But when evening came, a storm kicked up. Verse 24 says, "The boat by this time was a long way from land, beaten by the waves, for the wind was against them."

From inside a boat, wind is your enemy. Wind causes waves. Waves create uncertainty. They push away any security, predictability, or assurance you thought you had. The disciples may have expected smooth sailing, but what they got was a dreadful night of terror, exhaustion, and uncertainty. All because they followed Jesus' instructions.

This is hard for me. I like to picture Jesus calming the storm, not sending me into it. I don't like to face dark nights of uncertainty. I despise being whipped by waves of uncertainty or pitched about by struggle. But as a follower of Jesus, I must recognize that sometimes my Lord leads me into storms rather than out of them. Sometimes He disrupts my smooth-sailing vacation and positions me to face wind and waves.

The Darkness of Uncertainty

By the second day of our vacation, Cole was miserable. His sores were now the size of softballs and terribly painful. He didn't get to swim at the beach that day because of the risk of infection. He wouldn't be up for the canoe trip or the hike we had planned for days following, either.

As I walked Cole to a bench in the shade while the others played in the refreshing water, he said, "Mom, am I going to die?" It hurt that badly.

That night, after everyone else was asleep, I heard Cole's muffled groans and went to crawl into bed beside him. I cried right along with him, terribly distraught over what the future held. There were new sores springing up on his trunk and arms. How far would they spread? We had already eliminated many foods from Cole's diet because of his other autoimmune issues. What other foods and textiles would need to be eliminated? What new side effects were coming? What new diagnoses did the future hold?

Cole was thinking about the future, too. There in the darkness, he said, "Mom, I wanted to be a missionary. I don't know why God is doing this to me."

I'll bet the disciples wondered the same thing during their dark night of struggle. As Jesus' most dedicated followers, they had imagined long lives of service, not death by drowning. As the dreadful night tarried, their strength drained and their stress rose. By the time Jesus showed up walking on the water (sometime between 3 and 6 a.m.), I'm sure they were completely spent and traumatized.

Jesus could have stepped out onto quiet waters, lapping lazily against a dock. He could have unveiled His dignity and power to His disciples on some sunny day with birds chirping in the background. I'm sure they would have still been amazed.

But when Jesus came defying gravity, unaffected by the stormy gales after their dark night of suffering, the disciples saw Him in a completely new way. They saw Him as their Savior. They clung to His words of comfort like a life ring. They welcomed His presence as their only hope. When the whole ordeal was over, they worshiped Jesus and said for the very first time, "Truly you are the Son of God" (Matt. 14:33).

Jesus did not intend to terrify His disciples—not when He sent them into the storm and not when He came walking on the sea. He did intend to use this dark night as a backdrop.

That long night I spent next to my moaning child was one I never want to repeat. But there, in the darkness of uncertainty, my son and I saw our Savior with widened eyes. We talked about heaven, the place sickness is absent. We clung to our Lord's words of comfort like a life ring. And we welcomed His presence as our only hope.

We saw Jesus in a way we never would have on a storm-free vacation.

Very early in the morning, I helped my son to the car (he could hardly walk, he was in so much pain) and drove him several hours back to our hometown to make an emergency visit to a specialist. Within moments, the doctor said, "This was a misdiagnosis. He has a staph infection. We can fix this."

Both Cole and I began weeping, relief flooding our hearts. The infection was an aggressive form of mersa. After only two days of strong antibiotics, Cole's sores had begun to heal and his pain was gone. As he ran down a sand dune, his hair glistening in the sunlight, he called, "Mom, look! I can run and jump like a normal boy!"

I'm so thankful for the sunny days of respite that God allows. But I also know there will be other dark nights when God leads me back into a storm. These prolonged periods of painful uncertainty aren't meant to terrify me; they are meant to set a backdrop. Against the velvety blackness of the storm, Jesus shines most brightly and His comfort and presence are most dear. In the storm, we see Christ's beauty and experience His satisfying presence in a way that we cannot when the birds are chirping in the background.

Are you in a storm? Is your faith being blasted by wind and waves of uncertainty? How has Christ's presence become more comforting in the storm? How have His promises become more dear? Watch for Jesus to reveal Himself—even today—in new and precious ways against the backdrop of your storm.

Do you enjoy these blogs? Throughout May all gifts that come in from our blog readers are doubled. Keep this blog going. Give Now
Previous Post A Game-Changing Perspective of Motherhood
Next Post How the Lonely, Invisible, and Unnoticed Can Glorify God