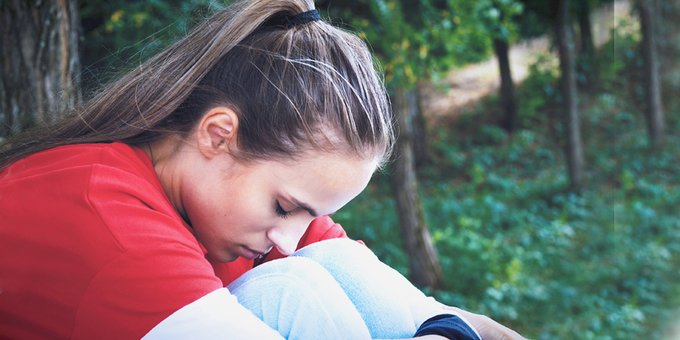 When He Loves Someone Else

It was her brother who first introduced the two of them: Karel and Corrie. She may have been young the day they first met, but when Karel shook her hand, Corrie looked into his deep brown eyes and fell irretrievably in love.1 She instantly knew this man was . . . different.

Two years went by before they saw each other again. Corrie was visiting her brother’s university when a group of his friends stopped by. He began introducing Corrie to them, one by one, until he got to Karel. Karel stopped him, looked straight at Corrie, and asked if she remembered him. Of course she did. Her heart poured out a rapturous reply,2 but it never reached her lips.

Corrie and Karel reunited at her brother’s wedding, and again months later, after they traveled long distances to hear her brother’s first sermon. After she got to town, Corrie answered the door to Karel, who seized her hand and drew her out into the June sunshine.3 From then on, they walked together every day, each time wandering a little farther down the lane.

When it came time for them to go home, Karel pleaded with Corrie to write to him, to share every detail that was happening in her life. She did. He was busy with the demands of his ministry role, but they wrote to each other as often as they could. When Karel’s letters started to come less frequently, Corrie made up for them with her own.

Summer passed, and then fall. The day finally came when Corrie flung open the door, and there was Karel. Beside him stood another woman. Corrie looked at the woman smiling at her, at the woman's hand resting on Karel’s arm.

Karel finally spoke. “Corrie,” he said, “I want you to meet my fiancée.” 4

Somehow, Corrie made it through half an hour with the happy couple. Somehow, she was able to shake their hands and wish them every happiness before she closed the door and fled to her room.

How long I lay on my bed sobbing for the one love of my life I do not know. Later, I heard Father’s footsteps coming up the stairs. For a moment I was a little girl again . . .

But this was a hurt that no blanket could shut out, and suddenly I was afraid of what Father would say. Afraid he would say, “There’ll be someone else soon,” and that forever afterward this untruth would lie between us. For in some deep part of me I knew already that there would not—soon or ever—be anyone else.7

A Fork in the Road of Heartbreak

Stunned. Grief-stricken. Brokenhearted. Angry. Maybe you’ve been in a situation like Corrie’s before. Maybe you’re single today because you fell hard for a guy like Karel:

In one way or another, your “Karel'' led you to believe he would choose you. Friendship with him was a million possibilities. You weren’t aware how many of your dreams were caught up in the idea of him until the day you walked into church and saw him holding another woman’s hand.

It wasn’t a breakup—because technically, you were never together. But how do you convince your heart of that? What do you do with all of the feelings you have for him?

On the night Corrie met Karel’s fiancée, the last thing she needed was for her family to start running through the list of comments people tend to make when they’re trying to be supportive:

When Corrie’s father found her, he didn’t reassure with false words. With gentle wisdom, he gave her a lesson in love that laid a foundation for the rest of her life:

“Corrie,” he began instead . . .“There are two things we can do when this happens. We can kill the love so that it stops hurting. But then of course part of us dies, too. Or, Corrie, we can ask God to open up another route for that love to travel.”5

His advice still rings true. If you're facing heartbreak because the man you love has chosen someone else, you're at a fork in the road. There are really only two ways to respond.

You know how it goes: it hurts too much to think about him. You’re too sad to move on. So you do what you can to bury the feelings through distraction or disdain—whatever it takes to forget you ever cared about him.

The problem is that your normal attempts to heal haven't produced the kind of resolution you hoped would happen. What you need isn't to love him less. You need to love him more.

As Corrie's father told her,

“God loves Karel—even more than you do—and if you ask Him, He will give you His love for this man, a love nothing can prevent, nothing destroy. Whenever we cannot love in the old, human way, Corrie, God can give us the perfect way.”6

When Corrie’s dad gave her this advice, he didn’t know he was teaching her a lesson on love that would follow her into the darkest corners of the globe. He didn’t know the world would eventually know her name: Corrie ten Boom, a heroine of church history, who harbored Jews as part of the anti-Nazi underground movement and endured the horrors of Ravensbrück concentration camp.

In her later years, Corrie would come face to face with brutal guards, sadistic soldiers, and fellow Dutchmen who turned against their neighbors—enemies who she would learn to not only forgive, but to love. Her autobiography, The Hiding Place, could have focused entirely on those she encountered in the later years of her life, but she knew how the lessons learned as a young adult woman prepared her for the future. So she gave Karel his own chapter in the story she wrote about redemption.

When you face heartbreak the way Corrie did, it wouldn't be unusual for you to want nothing to do with the one who hurt you. It wouldn't be shocking if you wished that his part of your story could be rewritten or written out. If he didn't reciprocate your feelings, why would you show any compassion towards him?

If you belong to Christ, it's not because you chose Him first. He chose you, even when he found you pursuing other gods. While you were His enemy, God reconciled you to Himself through the death of His Son (Rom. 5:10). More than anyone else who has ever lived, Jesus knows what it is to love someone and watch them choose another.

More than anyone else who has ever lived, Jesus knows what it is to love someone and watch them choose another.

Jesus is able to sympathize with pain that's felt on this side of heaven. When Corrie was at Ravensbrück, she and her sister Betsie faced frequent humiliation. During a medical inspection, Corrie remembered a detail about the day Jesus went to the cross that had never stood out to her before. When she told Betsie that the guards had taken His clothes, too, she heard Betsie gasp. "Oh, Corrie, and I never thanked Him."8

When you come before Jesus with your broken heart, you'll find that familiar truths about Him come alive to you in ways that you've never felt before. Oh, friend, thank God for these realizations. Thank God that Jesus is empathetic to your feelings of rejection, but that He loves you enough to not let you wallow in them.

Through the power of the resurrection, He makes a way for you to respond as He did: with love. You may never see your “Karel” again—and in wisdom, you may find that strong boundaries need to remain in place. Or you may run into him regularly at church or work or while out with friends. Either way, when he comes to mind, ask God to take all your feelings for him, the good and the bad, and transform them as only He can. Ask God to help you desire the best for him and his future bride. It may feel impossible to pray for them, but what’s too much for you isn’t too much for God. He can enable you, through His Spirit, to love like Jesus.

That very hour, lying there on my bed, I whispered the enormous prayer:

“Lord, I give to You the way I feel about Karel, my thoughts about our future—oh, You know! Everything! Give me Your way of seeing Karel instead. Help me to love him that way. That much.”

And even as I said the words I fell asleep.

He Binds up the Wounds

Four years later, Corrie sat in a pew at her sister’s wedding and thought of her own dreams of such a moment with Karel—and she didn’t feel sadness. She didn’t feel the slightest bit of hurt.

That was the moment when I knew for sure that God had accepted the faltering gift of my emotions made four years ago. . .

“Bless Karel, Lord Jesus,” I murmured under my breath. “And bless her. Keep them close to You.” And that was a prayer, I knew for sure, that could not have sprung unaided from Corrie ten Boom.

One day, you too may look across the aisle at the man you thought you'd end up with and realize the hurt you once felt is gone. When that happens, stop and acknowledge that it's God who heals broken hearts. Recognize that it's God who fills you with the love of Christ. And don't forget to thank Him.

Note: Do you appreciate articles like this one? The Revive Our Hearts Blog would not be possible without the help of a team of dedicated Monthly Partners who provide gifts we count on in order to produce a daily drip of rich, biblically-oriented content. This month we’re asking the Lord to bring hundreds more Partners into the family to help sustain the ministry in the year (and years!) to come. When you join the Partner family this month, you’ll receive an amazing welcome kit including more than $100 worth of Revive Our Hearts resources! Select your level of partnership and join the family today by visiting ReviveOurHearts.com/monthly-partner.