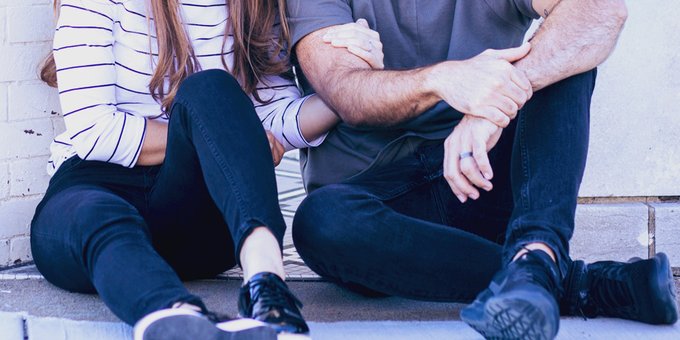 Fight Back Against Cynicism

Hello, my name is Cindy, and I’m a cynic. I assume every holistic health product is a scam. If a deal sounds too good to be true, it most certainly is. And though I hope it doesn’t happen, I just assume my favorite sports team will blow it on the big stage (if they even make it there in the first place). Chances are that you’re a cynic too. Maybe you read my confession and applauded me for having my head on straight. Nothin’ wrong with that, you thought.

Cynicism has become the default setting of our society. From our comedy to our politicians, podcasts and pulpits, being cynical is cool. However, while sardonically assuming the worst about a given situation or person may be socially acceptable, it is diametrically opposed to the character of Christ. A cynical Savior (what an oxymoron!) would have dumped the twelve disciples about two weeks into His ministry. And were He cynical like us, sarcasm, not love, would have flowed from His mouth in rebuking the disciple’s faithlessness. He wouldn’t have taught in the synagogue; He would have caustically declared, “You’re just going to reject me anyway. What’s the point?” Of course, our Lord, humble in heart and meek in spirit, never uttered a cynical word or harbored a bitter thought.

the opposite of cynicism is agapé love.

In 1 Corinthians 13, Paul paints a portrait of Christ through a description of love.By taking a closer look at that portrayal, we’ll find that the opposite of cynicism is agapé love.

Rejoice in the Truth

Paul tells the Corinthians that genuine love rejoices with the truth. Cynics rejoice in poking holes in a case. Maybe this feels like exegetical hair-splitting, so consider this example.

I once saw a video in which a creationist speaker was teaching on the flaws of evolutionary theory. I remember nothing from that video except one phrase which the speaker repeated throughout his presentation: “Evolution is stupid.” His catchphrase likely stuck with me because I, too, am cynical and enjoy such turns of phrase. However, what this apologist did in this video—as well as in his debates against evolutionists—was to rejoice in crippling his opponent. From all appearances, he didn’t rejoice in the grandeur and glory of God. He wanted his audience to convert to his opinion because the other side was “stupid,” not because the Creator revealed in Scripture is an all-glorious, omnipotent, awesome being.

A cynic mocks people who struggle with different sins than he or she does. Love rejoices in the gospel that recreates all sinners.

A cynic looks for tiny theological holes in the pastor’s sermon. Love rejoices in the truth that was preached.

A cynic comments on the flaws in the teacher’s delivery. Love rejoices in the Word of God being faithfully taught.

Are you starting to see the difference? Christlike love rejoices in the truth.

Part of my cynicism manifests itself as a proud lack of gullibility. If you expect me to believe in your “miracle product,” you’ve got your work cut out for you. If you want to recruit a friend into your pyramid, you better try someone else because it won’t be me. Thankfully, Paul is not teaching that love is gullible. In fact, Christ Himself taught that His followers are to be “shrewd as serpents” (Matt. 10:16). Paul is telling the Corinthians that love believes the best about people.

If you’re a cynic (like me), you probably just read that definition and thought of a hundred ways to get out of it:

Love, however, doesn’t look for the exceptions to the rule. Love persists in cheering for others. Love doesn’t assume wrong motives if the motives are unknown. Instead of chalking up a person’s bad attitude at work to a grumpy or snobby disposition or to that person’s dislike of you, love assumes that they had a bad morning and that tomorrow will be better. A cynic looks at the brooding teenager in church and sees a future felon or prodigal. Love sees that same angry teen and wonders what the grace of God might be doing in that young person’s life. A cynic refuses to show hospitality to a neighbor with a criminal record. While still showing wisdom and discernment, love believes that neighbor needs Jesus and looks for a way to build a relationship.

While “believing all things” can feel like naïve gullibility, “hoping all things” may come across as sappy, dewy-eyed optimism. It won’t surprise you to find out that there’s more to it than that. Consider the example of Paul himself and the letter in which we find the “love chapter.”

Paul wrote the letter we call First Corinthians in order to set the church in Corinth straight on a number of issues. From their desecration of communion (chapter 11) to sexual immorality (chapter 5) to disorder and chaos within their worship services (chapters 12–14), this church was a hot mess. Were Paul cynical like me, he wouldn’t have wasted the ink and effort to write to this church about their problems. After all, he’d already tried it once, and it didn’t really work, so he’s writing again (1 Cor. 5:9). Why? Because he loved this church (1 Cor. 1:4) and didn’t allow cynicism to reign in his heart.

In order to fight against the cynicism of our hearts, we must hope for the grace of God to work in a person’s life.

Instead of foretelling gloom and doom about a situation, we hope for the kindness of God to shine through.

Instead of foretelling gloom and doom about a situation, we hope for the kindness of God to shine through. This doesn’t mean that we jettison prayer or that we walk around with our heads in the clouds; but it does mean that we take our cynical thoughts captive and instead meditate on what is true, honest, just, pure, lovely, and praiseworthy (Phil. 4:8) with respect to a given situation.

Finally, love doesn’t quit. Cynics give up on people and become jaded and sardonic. Love persists in forgiveness and self-sacrifice time after time. We have no better example of this than the steadfast love of God toward Israel.

Just a few weeks after a miraculous rescue from slavery in Egypt, the Israelites convince Aaron to make them an idol they could worship since Moses disappeared on Mount Sinai (Ex. 32). God forgave them. Though God promised victory and had defeated the most powerful man on earth (Pharaoh), the people persisted in faithlessness and refused to enter Canaan because of the scary people across the Jordan (Num. 13–14). God punished that generation but still gave the land to the people (see the book of Joshua). After defeating most of their enemies in Canaan, the people rebelled time after time after time, and God continued to send deliverer after deliverer after deliverer (see the book of Judges). Eventually, Israel would reject God as king and demand a broad-shouldered man of their own choosing. When Saul turned out to be a disaster, God gave them the best king in their history—David (1 Sam. 16). Though Israel’s rebellious idolatry would reach such a level that God had to evict them from their promised land, His love still endured. He always left a remnant—a small number of His chosen people from whom would come the Messiah, Jesus Christ the Savior.

We cynics would have kicked Israel to the curb before they got out of the desert. But God’s love persisted because “the steadfast love of the LORD is from everlasting to everlasting” (Psalm 103:17 ESV).

His love persists with you and me as well. Nothing—not even our rebellious, cynical hearts—can separate us from the love of God which is in Christ Jesus our Lord (Rom. 8:38–39).

May we, as followers of Christ, cast off our cynical hearts and put on a heart of love.

Note: Do you appreciate articles like this one? The Revive Our Hearts Blog would not be possible without the help of a team of dedicated Monthly Partners who provide gifts we count on in order to produce a daily drip of rich, biblically-oriented content. This month we’re asking the Lord to bring hundreds more Partners into the family to help sustain the ministry in the year (and years!) to come. When you join the Partner family this month, you’ll receive an amazing welcome kit including more than $100 worth of Revive Our Hearts resources! Select your level of partnership and join the family today by visiting ReviveOurHearts.com/monthly-partner.
Previous Post How to Read the Bible without Missing the Point
Next Post When He Loves Someone Else