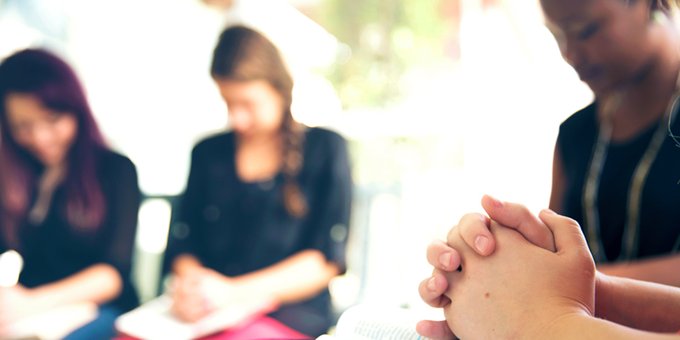 When City Gates Crumble: An Urgent Call for Women to Pray

The times in which we live aren’t for the faint of heart. Increased uncertainty and division threaten our peace with each headline. Add to that the daily barrage of entertainment and media that assault us with profanity, violence, overt sexual promiscuity, and endless variations on evil.

Many people, feeling hopeless and helpless, turn to social media to exchange opinions and express emotions, hopes, and fears. But we’re not helpless, and we have an even better place to turn because we can cry out to a powerful God.

My attention has been captured by the Old Testament story of Nehemiah, a man who grew up as a Jewish captive in the land of Babylon. Nehemiah enjoyed the privileged position of cupbearer and confidant to the Persian King Artaxerxes, until one of his brothers came to Babylon from their homeland in Judah, where a number of Jews had been allowed to return some years earlier. In his account, Nehemiah says:

Hanani, one of my brothers, arrived with men from Judah, and I questioned them about Jerusalem and the Jewish remnant that had survived the exile. They said to me, “The remnant in the province, who survived the exile, are in great trouble and disgrace. Jerusalem’s wall has been broken down, and its gates have been burned.” (Neh. 1:2–3)

This news was cause for grave concern, because the walls and gates of ancient cities provided necessary protection from enemies.

Nehemiah’s immediate response to the troubling report was to cry out to God, seeking forgiveness for the sins that had precipitated this predicament and asking God to make it possible for him to go to Judah to help the Jews rebuild the walls.

For more than thirty years I’ve traveled across America and listened to the stories of women, men, and young people. And I can attest what most know in their heart to be true—that the spiritual walls and gates of our land are in great disrepair. A society that abandons God and his laws, rejects moral absolutes, and sacrifices its families for convenience, careers, and personal happiness is a society whose gates have broken down.

This isn’t news to most of us. The question is, what can we do to make a difference?

In the story of Nehemiah we discover an inspired example of how to respond to broken-down walls and gates.

1. He grieved and mourned.

“When I heard these words, I sat down and wept,” Nehemiah writes. “I mourned for a number of days, fasting and praying before the God of the heavens” (Neh. 1:4).

It’s not enough to feel remorse or bemoan our personal woundedness. God said to the prophet Hosea of the people in his day, “They do not cry to me from their hearts; rather, they wail on their beds” (Hos. 7:14).

It’s one thing to be disturbed over the carnage we see, to wail about grim statistics, or to moan over wounds inflicted by unfaithful spouses or rebellious children.

It’s quite another to cry out from repentant hearts, as Nehemiah did, saying, “O God, we have sinned against you. We have violated your laws. Please have mercy on us.”

2. He cared enough to get involved and was willing to pay a price for that involvement.

Remember, Nehemiah had a secure, well-paying job in the palace. Who would have faulted him for merely feeling sympathy for the struggling Jews 1,500 miles away in Jerusalem and leaving it at that? But no, Nehemiah said, “This is our problem. And I’m going to make it my problem.”

Do we merely feel sympathy for the plight of America’s cities, homes, and schools? Or do we recognize that America’s problems are our problems? Are we willing to risk our positions, comfort, convenience, and security to get involved?

We need men and women of conviction who will stand for what is right, regardless of what it may cost.

3. He humbled himself and prayed.

At every turn, Nehemiah’s response was to lift his eyes to heaven, seeking wisdom and help from above. He knew the task to which he was called was far bigger than himself, that he could not possibly succeed without divine intervention.

The problems facing our nation today are far bigger than mere human programs and efforts can address.

The problems facing our nation today are far bigger than mere human programs and efforts can address. No amount of money we throw at the problems will make them go away. Ultimate solutions aren’t going to be found merely in better schools, tighter gun control laws, or better government.

We are witnessing the clash between two kingdoms. The battle we fight is not physical but spiritual. And it must be fought, first and foremost, on our knees.

Yes, these are difficult days. There’s much we cannot do. But there is one thing we can do. We can pray. And that is the one thing we must do.

A version of this article was originally published at The Gospel Coalition. Used by permission.

Join Nancy at CryOut!, a free, global prayer summit, streamed live from the stage at True Woman ’22, at 9 p.m. (EDT) on Friday, September 23. With worship led by Shane & Shane and opportunities to intercede for your church, your nation, and our world, you won’t want to miss it! Sign up today to receive an email reminder and the link to the livestream. Let’s cry out together!

Previous Post How Is the Old Testament Organized?
Next Post Powerful Reasons to Fast—Even When You Don’t Want To