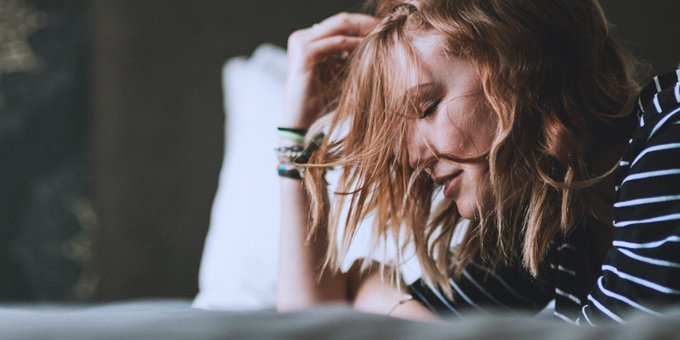 What Does Your Life Teach?

Mentoring has become a popular subject, both within and outside of the church. We love characters like Yoda, Obi-wan Kenobi, Albus Dumbledore, Gandalf, and Mr. Miyagi who shape their protegés into heroes. In real life, young up-and-comers rightly look for a seasoned veteran to teach them the tricks of the trade and traps to avoid on their climb up the ladder. In Scripture, Paul exhorts both Timothy and Titus to engage in mentoring.

What you have heard from me in the presence of many witnesses, commit to faithful men who will be able to teach others also. (2 Tim. 2:2)

In the same way, encourage the young men to be self-controlled in everything. Make yourself an example of good works with integrity and dignity in your teaching. (Titus 2:6–7, emphasis added)

And it’s not just the guys who are called to the ministry of mentorship. Paul says the women should get in on the action as well:

In the same way, older women are to be reverent in behavior, not slanderers, not slaves to excessive drinking. They are to teach what is good, so that they may encourage the young women to love their husbands and to love their children, to be self-controlled, pure, workers at home, kind, and in submission to their husbands, so that God's word will not be slandered. (Titus 2:3–5, emphasis added)

I hope that you have someone in your life whom you are able to mentor, and someone who is mentoring you. That’s biblical. We need each other. Enough said. (Okay, not really, but others have said more and said it much better than I could, so I’ll stop there.)

However, formal mentoring over coffee on Friday mornings or half-price apps at Applebee’s once a month is not all that mentoring involves. Even if you don’t have that standing date with a younger/older believer for a “mentorship meeting” and even if you don’t see yourself as having anything to offer to the generation coming behind you, you are mentoring. Your life itself is teaching someone, whether you know it—and whether you like it—or not.

So, while unpacking Titus 2 in a context of formal mentorship is perfectly legitimate, it should also motivate us to ask one very important question:

What is my life teaching?

What Do My Responses Teach?

Certain aspects of life can be taught the “old-fashioned way,” across the table eating banana bread and sipping coffee. Advice on parenting, marriage, or navigating a tricky relationship at work flows naturally in a formal one-on-one situation. However, mentoring also happens when the phone rings right in the middle of that advice or when your toddler insists on interrupting every serious conversation you begin with your mentee. Your responses to irritations, disruptions, and unexpected challenges teach those coming behind just as much as the formal study you picked out together.

Imagine you’re driving to church one Sunday morning. Time got away from you, so you decide to take your coffee to go, not even bothering to put it in a travel mug. As you’re taking a sip, you suddenly hit an unexpected pothole and now you’re wearing your cuppa instead of drinking it. Why did coffee come out of your cup? If you answered, “Because I hit a pothole,” you’re partially right. Technically, though, the pothole merely gave the coffee the occasion to come out. Let me restate the question: Why did coffee (and not some other liquid) come out of your cup? Now the answer is easier to see: because coffee is what was inside.

Little irritations and disruptions, as well as life-altering trials, are like that pothole. They jolt us and give occasion for what’s in our hearts to spill out—usually all over the people we know and love most. While no one expects perfection from their mentor, we all notice when someone fails to practice what they preach. How you respond to an interruption to your agenda may out-teach anything you had planned anyway.

To help discern what your responses are teaching, consider these questions:

Not only do responses to everyday irritations teach, but so do our responses to bigger things. What sloshes out when you hit the “pothole” of confrontation? Are you quick to get defensive? Do you hold the confronter in contempt until you can get dirt on him and turn the tables? Do you look for truth in what is being said, even if the manner in which it’s communicated lacks grace? Can you communicate about the interaction without painting yourself as a victim and the other person as the villain?

Our responses to situations big and small, even when we think no one is watching, have mentoring power that we’d often rather just ignore.

What do your responses teach?

What Do Your Habits Teach?

Our responses aren’t the only part of our life’s curriculum that can evade our radar. Habits can also teach a protégé as much as any book or formal study.

Spend much time in the book of Titus, and you’ll notice one word pop up over and over: self-controlled. Apparently, this was a problem on the island of Crete because even the Cretans’ own sages called the people of that island “liars, evil beasts, lazy gluttons” (1:12). Paul testifies that such a statement is no exaggeration (1:13). Self-control was a rare commodity then, and nothing has changed. That shouldn’t be surprising. After all, self-control is a fruit of the Spirit, not a fruit of technological advancement. And this fruit separates genuine Christ-followers from the posers because, as Paul says in Ephesians, self-indulgence typifies unbelievers (Eph. 2:2).

On the other hand, negative habits teach too. A person who spends copious time on social media, binge-watching a TV show, or playing Candy Crush until her eyes cross reveals a priority of comfort and escape. Perhaps this woman’s official mentee will never see her spending your time in this way, but her kids—who are built-in mentoring projects—probably will.

What is your family learning from you?

Perhaps time-wasters on your phone aren’t your bugaboo. You’re a driven, “get-er-done” personality. Nothing comes between you and your to-do list. The floor must get vacuumed, the dishwasher must get unloaded, and the laundry must get folded! You mustn’t be interrupted when doing the household chores for the day or paying bills or sending an email. This habit of driven control will teach young minds as well. The priority, in this case, is a list of tasks, not people. Success and accomplishment, not love.

Our habits, like our responses, reveal a lot about our true selves. What do yours teach?

What Do My Failures Teach?

At this point, you may feel crushed under a weight of despair. No one has perfect responses all the time. We all blow it now and again (at least, I certainly do!). And we all have habits that mentor in the wrong direction. Are we all hopeless, having no business mentoring anyone?

While we must grow in these areas of weakness, we also must admit our weakness. No one expects that you’ll get it right one hundred percent of the time. I once heard a pastor say, “God doesn’t expect you to be perfect, but He does expect you to be growing.” Mentoring is about a person who’s a little farther along in the process bringing someone else along with them.

You will fail. That’s just a fact. However, if you point the younger, watching generation to the cross in the face of your failure, you will have gotten something right. Ultimately, we all need to grow. None of us have arrived. And that’s why we need the gospel. We must rehearse the truth of the good news—that I am in Christ and that Christ is in me—over and over until it penetrates the marrow of our bones.

Failures will happen. And when they do, they’ll teach as well. Mentor yourself and the younger crowd to go back to the cross and to cling to Christ.