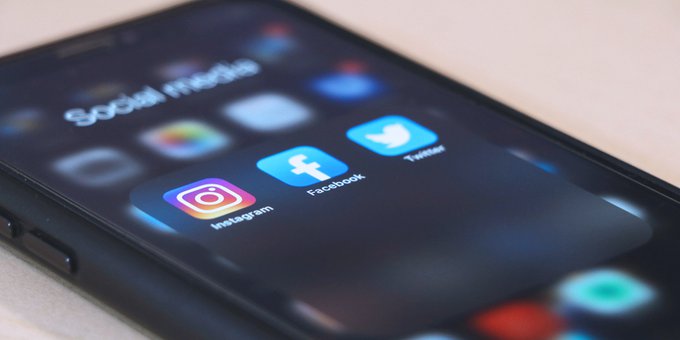 What’s the Loudest Voice in Your Life?

When the voices of talented singers are pumping through the speakers of my car, I’m a pretty good singer. At church, with a strong worship team leading me on stage, my voice blends in well. However, if you were to put a microphone in my hand and tell me to sing a solo, I have no doubt you would wince and cover your ears. Here’s the truth about my singing: I need a strong voice to influence me or it’s not pretty.

Perhaps that’s why my high school choir teacher always put me next to the most dominant singers. I guess Mrs. Note (yes, that was her name) understood something I’m just now figuring out: I am easily influenced. If someone who can’t carry a tune starts singing happy birthday, all I can do is add to the noise. But if Kari Jobe is leading the way, I’m good to go.

My voice isn’t the only thing easily influenced. My mood, motivations, beliefs, and desires are also heavily persuaded by the voices I hear. So if it’s the media that has my ear all day long, eventually, I will start talking like the media. I’ll say what they say. I’ll pick up on their beliefs and their concerns, and eventually I will make decisions based on their convictions.

The same is true for social media. It’s impossible to spend copious amounts of time on something (even if it’s unintentional) without granting it some power over your life. I’m sure you already know this, but the voice of social media is loud. It screams at us to believe what everyone else believes and do what everyone else is doing.

Unfortunately, cruising social media often leads me in the wrong direction. With too much exposure to other people’s lives, my motivations will trend toward selfishness and any contentment I feel will drift away. I know I’m not the only one. Yet, for some reason, we refuse to muzzle that powerful voice. Instead, we continue listening like an addict unable to cut the cord, and as a result, we grant social media the coveted spot of the most dominant voice speaking into our life.

The Most Dominant Voice Will Win

The truth is that there are all kinds of voices contending for our attention. And the more we tune into worldly chatter, the less we will listen to God. Have you ever tried to listen to two people talking at the same time? It’s nearly impossible to hear them both. My kids do this to me all the time, and unless I tune one out to focus on the other, I won’t hear either one.

We cannot give an ear to both God and the world simultaneously. One voice will emerge more dominant than the other, and our thoughts and actions will be impacted by whichever one we give precedence to. It’s called the power of influence, and here’s what the Bible has to say about it:

You’ve probably heard the saying, “You are what you eat.” That’s the concept behind these verses. It doesn’t take much to sway us in one direction or another. We will become what we consume. On our own, we are not strong enough to withstand sin’s enticing influence. It doesn’t just matter a little who we hang out with and what we listen to. It matters a lot.

So what’s the strongest voice speaking into you? Is it social media? Is it the news, a friend, an organization, a podcast? Are you spewing out things you’ve heard on television (or read on the internet) because that’s what you give precedence to? Or are you speaking the truth in love because Scripture is the loudest voice in your life?

Let God Be the Dominant Voice

Practically speaking, this means I have to spend time in God’s Word. I need to read it and know it and listen to it. I need to soak in it and meditate on it. The Bible can’t just be that book I read for a few minutes in the morning so I can do the good Christian thing before going on my way. It needs to be the voice I hear the most, or before long, I’ll be singing off-key.

How much time do we give Scripture on any given day compared to everything else? Are we basing decisions on something God said or something the world says? What or who is leading us? Is it actually the Bible?

Let’s think about my singing example a little bit more. When someone with a beautiful singing voice is standing behind me in church, a beautiful noise will usually come out of my mouth, too. But when someone who can’t carry a tune is singing loudly behind me, it’s going to be difficult for me to sing on key. Like it or not, what comes out of my mouth is a result of what’s going into my ear.

So how about a bit of inventory? The beginning of a new year is always a good time to evaluate and adjust. Think about the words and phrases coming out of your mouth lately. What kind of tune have you been singing? Are your conversations filled with faith or fear? Are you fixated on people, politics, and pandemics, or is your mindset on things above (Col. 3:2)?

I’m not saying we should be ignorant or passive when it comes to the direction of our society. It’s a good thing to be informed and prayerful. But who’s got your ear? That’s the question we need to evaluate because we are easily influenced.If God’s Word is not prominent coming from your mouth, then it’s likely not prominent in your ear.

We choose who or what we give precedence to, and it matters. Depending on who’s leading us, we will or won’t be in tune with God. One voice will emerge as dominant over every other noise. The question is, whose voice will it be?

God’s voice may not be the loudest one out there. We may have to tune out a lot of other influences to listen to it, but His is absolutely the best voice to follow. He will never lead us off-key, and every tune He sings is beautiful. So this year, give God’s perfect and powerful Word precedence over any other. Let Scripture be the dominant voice leading you. A joyful noise will come out of your mouth, too.