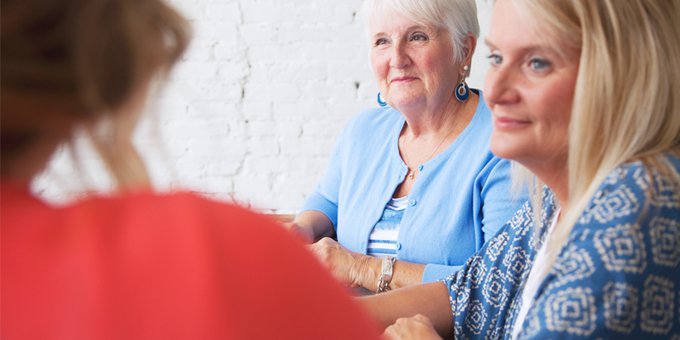 Prudence. While the word may sound unfamiliar to some, we’ve all come across the concept in one way or another, either because it was taught to us at home since we were children (as it was in my home, though I never applied it), because we learned it through the study of God’s Word, or because life has taught us its meaning as a result of multiple mistakes (also me). Prudence is a wonderful trait, one that applies to us regardless of age or marital status: whether we are young, old, single, married, divorced, or widowed, it is something God calls us to exhibit.

Titus 2:5 says that the older women are to teach the younger women “to be self-controlled, pure, working at home, kind, and submissive to their own husbands, that the word of God may not be reviled.” The word “prudent” or “self-controlled” in Greek is sophron and is used as a guideline for younger women in the church. But beware, this also applies to men—we see it in Titus 2:2, Titus 1:8, and 1 Tim. 3:2.

In Scripture, this word means confident, wise, self-controlled (moderate as to opinions or passions); other dictionaries translate sophron as discreet, sober, or sensible.

By personality, background, and upbringing, if there is one behavior I default to, it’s being very opinionated. I say what I think, and I don't hold back. In other words, I tend to be determined or stubborn . . . uh . . . yes, the opposite of prudent. One thing I’ve been learning as God has worked in my life regarding this issue is that I don’t innocently “tell it like it is." On the contrary, I give my opinion knowing very well what I mean and how I intend it to come across. Some might think that I speak without thinking, but no, that is not the case.

In the secular world, being opinionated is a characteristic to be applauded, and for many years I understood it to be a good thing. After all, doesn't the Bible say that your yes should be yes and your no should be no? This reminds me: there are many ways to justify being a reckless woman, but the more I delve into God's Word, the more I realize how fruitless those justifications are.

As a child, I remember being punished precisely for “telling it like it is.” Add to that years of sin, knowledge, pride, and a latent feminism, and ouch! What came out of my mouth was not going to have a fragrant aroma, even if I said it with flowers. The world today promotes and applauds brashness, but it is diametrically opposed to what God calls us to be in His Word:

A tender and serene spirit that is precious in the eyes of God does not describe women who are shy or do not speak. It refers to women who are aware of how, when, and where they should speak and how to conduct themselves when they do.

Imprudence Does a Lot of Harm

For years I have seen the damage a foolish person can cause in another person’s life. I’ve seen the damage such a person can do to a family, a marriage, and an entire church congregation. God's Word is full of examples of both wise and unwise women, and while they have ministered to me, mostly they’ve rebuked me.

Have you ever been in a situation when after “messing up" you think to yourself, What did I say that for? I have! At one point I decided it was better for me to remain mute because when I opened my mouth it was blunder after blunder. But God, in His mercy, has been leading me as the psalmist describes in Psalm 32:8–9:

I will instruct you and teach you in the way you should go;
I will counsel you with my eye upon you.
Be not like a horse or a mule, without understanding,
which must be curbed with bit and bridle,
or it will not stay near you.

Being opinionated is not something I am proud of. On the contrary, far from showing off how much I know, it has made me look like a fool. The book of Proverbs is full of examples of being foolish, which is the opposite of being wise. Being unwise is synonymous with being foolish because foolishness is not a matter of intelligence or knowledge but a matter of the heart.

When we do not count the cost of our words, when we act out of self-righteousness, we harm others. As Nancy DeMoss Wolgemuth explains in her book Adorned, a foolish woman does not measure the consequences, does not calculate the cost because instead she is consumed with the desire to look good or to be right, which leads to a downward cycle of mistakes. It’s as if you put a car on a slope and suddenly realize the car has no brakes. It will take down everything in its path, only stopping when it hits something firm and immovable.

The first time I came across the word sophron while reading the Adorned book I was amused to realize that I, too, am a lot like a volcano in its most fiery moments. But reading it again, I’m grateful to be reminded that sophron is a state of mind that has to be developed, not something we are born with.

A sophron lifestyle, Nancy tells us, is one that begins with a sophron state of mind, a way of thinking that affects our entire way of living. It’s a sound, sane, and prudent mindset which will result in sound, sane, and prudent behavior. Likewise, irrational, impulsive, and undisciplined behavior without self-control is evidence of a mindset that is not sophron or sound.

There is a relationship between what is in our minds and how we conduct ourselves; hence, we must actively seek to have this kind of sound mind. Being prudent is like putting a restraint on ourselves—a limit. God's Word tells us that “the prudent sees danger and hides himself, but the simple go on and suffer for it” (Prov. 22:3). To be prudent is to be aware of the consequences and not to go ahead. It is to stop and think about whether what I am going to do or say is going to bring glory to the name of God.

Being prudent has nothing to do with being old-fashioned or weak. Quite the contrary: it speaks of great strength, wisdom, and the knowledge of a holy God; it speaks of wanting to please Him more than winning an argument or being right; it speaks of desiring to live in a way that points to Christ.

The reward of prudence is a sweetness that gladdens the soul. We must learn that sometimes it’s better not to say anything, that the goal is not to win a battle with a highly-developed argument. We must learn that sometimes it’s better to care for the relationship than to be right. When we understand that, we become instruments of goodness and grace in the lives of those around us.

Only when we are rooted in and saturated with God’s Word can we have a life controlled by Him. Let’s treasure prudence as one of the most important characteristics to exhibit as believing women. God, help us in this walk on this side of glory—may we learn to develop a sophron state of mind!