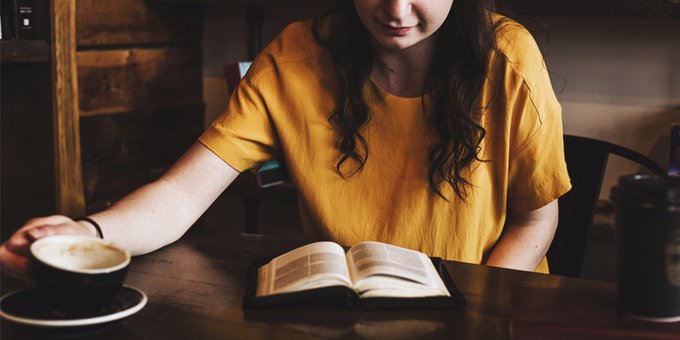 How to Respond to a World Gone Mad

Why do the nations rage
and the peoples plot in vain?
The kings of the earth take their stand,
and the rulers conspire together
against the LORD and his Anointed One:
"Let's tear off their chains
and throw their ropes off of us." (Psalm 2:1–3 CSB)

The psalmist had the craziness of his own time in mind, but since we’re not given specifics, we can easily apply the same words to our own chaotic world. Thankfully, the psalm goes on to reassure the God-fearer with hope, giving a vision of the “one enthroned in heaven” laughing at the futile attempts of the earthly kings to stage a coup.

Then suddenly, His laughter turns to wrath, and He speaks: “I have installed my king on Zion, my holy mountain” (v. 6).

We learn that this King is His Son who will rule the nations with an “iron scepter” and break them “like pottery.” The true King has true power.

This is good news, the assurance our hearts need in the midst of the turbulence of today’s headlines. But let’s not stop there. Psalm 2 goes on to give the proper response to the coronation of the King of Kings as well (vv. 10–12). The psalmist writes specifically to the kings and judges of earth, but we’d do well also to take his words to heart.

So now, kings, be wise; receive instruction, you judges of the earth. (Psalm 2:10)

It’s hardly a modern phenomenon not to like being told what to do. Read through the book of Proverbs, and you’ll quickly find that one mark of a fool and a scoffer is a refusal to receive instruction. The wise, however, listen to parents, mentors, and teachers, taking their words to heart.

While refusing to listen to wisdom is hardly new, the internet has taken this trademark of a fool to new heights. Anything we want to know we can find out in a matter of seconds. Is this rash poison ivy? What are the treatments for a burn? What can I substitute for tomato paste? How do I reset my smart watch? We don’t have to call a help line, a doctor, a chef, or the Geek Squad. The answers are right there. Likewise, we can Google more personal topics—depression, suicide, eating disorders, or anxiety—and find a blitzkrieg of information in seconds without ever confiding in anyone.

Not only has the internet made information accessible, it’s also allowed us to share our “expert opinions” with anyone who will listen. From masks to guns to impeachment to police officers, we’ve all got opinions, and with the tap of a finger, we can share them with the world.

Voices shout at us from every screen in our house, every billboard on the highway, and every magazine in the checkout line. How will we discern which voices to listen to? You probably already know the answer. We must listen to the voice of the King.

"I am the vine; you are the branches. The one who remains in me and I in him produces much fruit, because you can do nothing without me. (John 15:5)

Fear the Lord: Rejoice with Trembling

Serve the LORD with reverential awe and rejoice with trembling. (Psalm 2:11)

It’s no surprise that this command comes in tandem with one to be wise; for the fear of the Lord is the beginning of wisdom (Psalm 111:10; Prov. 9:10). We will never receive the wise instruction of the King as we should if we don’t revere Him.

Psalm 2 alone gives reason to fear the King. (Remember the iron scepter and the shattered pottery?) But perhaps we’re too used to adoring the Man of Sorrows to truly appreciate this King for who He is. Revelation 19 depicts this King as He comes to wage war on the nations. Perfectly just, He condemns no innocent man and exonerates no guilty ones. His eyes are like a fiery flame—likely a reference to this perfect justice before which no one may hide. He’s crowned with many crowns, the consummate and ultimate Ruler. His robe has been dipped in blood, a reminder of His bloody sacrifice for sinners as well as the gory battle He will wage (and decisively win) with those who refuse Him as King. The Word of God, as He is called, needs only speak, and the nations will fall like a house of cards before Him as He tramples the winepress of the fierce anger of God.

We who bow before this King will rejoice in His victory, but this rejoicing must not come without trembling. C. S. Lewis captures this balance in The Lion, the Witch, and the Wardrobe:

“Don’t you know who is the King of beasts? Aslan is a lion—the Lion, the great Lion.”

“Ooh!” said Susan, “I’d thought he was a man. Is he—quite safe? I shall feel rather nervous about meeting a lion.”

“That you will, dearie, and no mistake,” said Mrs. Beaver; “if there’s anyone who can appear before Aslan without their knees knocking, they’re either braver than most or else just silly.”

“Safe?” said Mr. Beaver; “don’t you hear what Mrs. Beaver tells you? Who said anything about safe? ’Course he isn’t safe. But he’s good. He’s the King, I tell you.”

Take Refuge in the King

We worship the victorious King of Kings. He demands absolute allegiance, and all pretenders must be deposed. However, while we must not forget His awesome and terrifying power, we will find true joy only by finding refuge in Him.

God has used the upheaval of the last year to expose our cardboard refuges. Perhaps we once hid behind things that He stripped away in the closures of the pandemic: a busy calendar, an active social life, or a hectic work schedule. Or, perhaps refuge facades made themselves known with greater prevalence as you stayed at home for weeks (or months?) on end. Food. Television. Books. Internet shopping. Exercise. Our hearts are on the constant quest for safety, but they almost always look in the wrong places. Often what we’re searching for is an escape from our circumstances, even if just momentarily.

Making our King—our Savior, Shepherd, Redeemer, and Friend—our refuge is more than escapism. More than hiding. More than denial. He who holds the stars in place, calms the storm with His words, and knows each sparrow that falls holds all my tears in His bottle. He cares for each of my fears. He shoulders each one of my burdens. He knows the end of each mystery. He is the King. And He provides shelter in the midst of the storm.

Jeremiah, in the middle of his Lamentations, puts it this way:

Remember my affliction and my homelessness,
the wormwood and the poison.
I continually remember them
and have become depressed.
Yet I call this to mind,
and therefore I have hope:
Because of the LORD's faithful love we do not perish,
for his mercies never end.

They are new every morning;
great is your faithfulness!
I say, "The LORD is my portion,
therefore I will put my hope in him." (Lam. 3:19–24)

The world may feel like it’s spinning out of control, but the King is on His throne, and His steadfast love is as unfailing as ever.