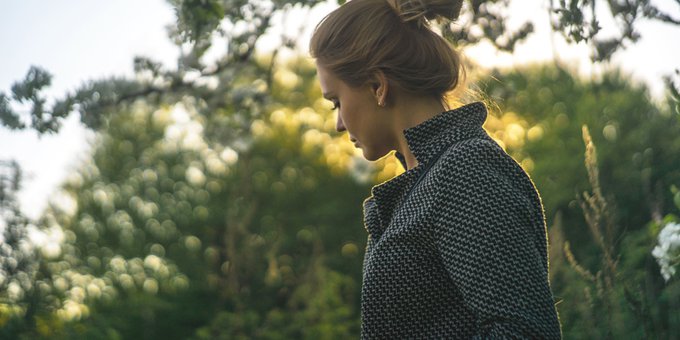 No Compromise: 3 Times to Always Stand Your Ground

As a mother of four, I’m often negotiating terms of compromise between my children:

If your sister rides in the front seat on the way there, then it’s your turn on the way home.
If he gets the green cup today, then you can have it tomorrow.
If you pick the Andy Griffith episode this time, then she can pick it next time.

It’s like a continuous dance where neither partner can figure out the steps, and they constantly step on each other’s feet, scream and holler, and have not the slightest clue how to make it work until the dance instructor comes over and reminds them:

Compromise is sometimes described as a dance of give and take, but there are certain times when the Bible says we should never compromise. Any guesses as to what they are? (Hint: if you’re thinking of sin, Satan, and Scripture, you’re on the right track.)

Any agreement with sin is like voluntarily jumping into a canoe without paddles. At first, you may think you’re fine. Perhaps the stream is gentle, the sun warm. But eventually, the stream will lead to more turbulent waters, and since you have no paddles, those waters will carry you into deeper, rougher waters still. The winds of worldliness will blow, and you’ll be caught in the current, tossed about by torrential waves of idolatry, all the while unsure how you got there.

Sin does not play nice. We may think we can live next door to sin (or even invite it inside) and remain unaffected, but the riptide is too strong. If we compromise even a little, sin will eventually carry us under.

James 4:4 says, “Do you not know that friendship with the world is enmity with God? Therefore whoever wishes to be a friend of the world makes himself an enemy of God.” It’s impossible to extend friendship to both God and the world when the two remain in opposition to one another.

The Christian life is not a picnic; it’s a war. We’re soldiers in desperate need of the armor of God that we might stand against the devil’s enticing schemes. Our greatest enemy is not staring us in the face but skillfully luring us with spiritual compromises, tempting us to give in to our convictions . . . just a little.

The devil isn’t looking to make friends; his goal is to capture prisoners of war. Destruction is the name of his game, and unfortunately, it looks as though he’s gaining ground even among the Church.

Can the devil persuade us into thinking homosexuality is not a sin? Can he trick us into thinking we’re racist for adhering to God’s definitions of right and wrong? Can he distract us with worldly incentives and surface-level problems? Can he steal our joy and keep us focused on ourselves? Unfortunately, in many cases, the answer is yes.

The devil’s arguments often sound good. Their outer shell often looks like truth, but their insides are like a ticking time bomb, set to detonate within anyone who swallows Satan’s lies. So what does God tell us to do in response? Flee temptation and cling to Christ. Only Jesus has the power to defeat the spiritual forces of evil.

We will lose if we seek to resist temptation on our own. Apart from Jesus, we can do nothing to fight back. Compromise with Satan is impossible. If we give him an inch, he’ll take a mile, so that’s what he’s looking for—a little tiny crack in our convictions. A small accommodation that just might be the gateway to suppress our righteousness and demolish our faith.

A rapidly growing sinkhole for Christianity is our willingness to compromise when it comes to Scripture by either not adhering to it, not knowing it, or not believing it. But the Bible is not optional for the Christian faith. We don’t get to vote on whether or not we like what it says. As Christ-followers, we carry the task of upholding every chapter.

The reason we compromise with Scripture is because we think we know an easier way, a better way, or a more satisfying way. But compromising with God’s Word will not lead to satisfaction; it will only lead to sadness. The moment we step away from Scripture, we step away from God since Jesus Christ is the Word manifested into flesh (John 1:14).

This is why I’m thankful for ministries like Revive Our Hearts, whose leaders are unwilling to compromise with God’s Word no matter the cultural pressures. Anytime we change, suppress, or misuse Scripture, we create a false god and open the door to widespread idolatry.

Time alters many things, but time cannot change the relevance, accuracy, or legitimacy of God’s Word. “The grass withers, the flower fades, but the word of our God will stand forever” (Isa. 40:8).

Christ Is Our Example

There are certainly occasions when compromise is an effective tool, like when my kids are fighting over the front seat or when my husband and I differ on where to put the mini barn. But there is never a valid reason for spiritual compromise. In other areas of life, we make concessions for one main reason: to keep the peace. But there is no peace with sin or Satan, only turmoil. Peace resides with God.

Jesus never once compromised with sin, and He told the devil to be gone (Matt. 4:10). He didn’t negotiate with the enemy; He conquered the enemy so we could be free to do the same.

So don’t hesitate to put your foot down when it comes to right and wrong, truth and lies, sin and righteousness. It’s not our job to ease biblical boundaries, apologize for them, or manipulate them so people like them more. Our job is to hold fast to the Word of life (Phil. 2:16), resilient, steadfast, and confident in the gracious God we serve, unwilling to compromise our relationship with Jesus Christ.

Previous Post I Wish Someone Had Told Me: 3 Messages to a Younger Me
Next Post The Gospel Is the Power of God