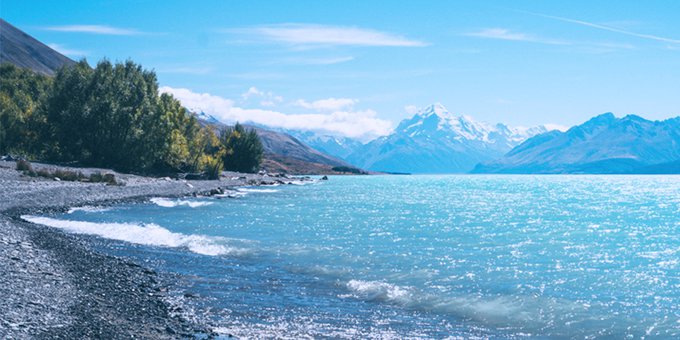 The Gospel Is the Power of God

I sing the mighty power of God
that made the mountains rise,
that spread the flowing seas abroad
and built the lofty skies.
We sing the wisdom that ordained
the sun to rule the day;
the moon shines full at his command,
and all the stars obey.1

Mountains, sky, and seas certainly proclaim the omnipotence of our Creator. Who among us hasn’t stood under a blanket of stars and trembled at our own smallness? To think that the Almighty God spoke each of the billions of stars into existence with a single command should make our hearts quaver in awe of the One with such power. Knowing that He calls each one by name and holds it in its place ought to humble our arrogant minds and turn us from our love of the creation toward devotion to the Creator. As awe-inspiring as these displays of God’s power are, however, Scripture never equates any of them with “the power of God.” Only one thing in the Word of God receives that name: the gospel itself.

For I am not ashamed of the gospel, for it is the power of God for salvation to everyone who believes, to the Jew first and also to the Greek. (Rom. 1:16, emphasis added)

For the word of the cross is folly to those who are perishing, but to us who are being saved it is the power of God. (1Cor. 1:18, emphasis added)

Walk with me down the streets of Philippi as we consider a few aspects of what this power can accomplish.

Paul, along with his new ministry partner Silas, has recently set out on what is known today as his Second Missionary Journey. Luke, the historian of this trek, doesn’t give many details, but it seems that Paul had planned to go north into Asia Minor (modern-day Turkey), but the Holy Spirit repeatedly prevented him. Instead, Paul is commissioned to go west. Obediently, the apostle crosses the Aegean Sea and ends up in Philippi. Acts 16 records how the church there got started.

After ministering to a group of women at the riverside, Paul sets out to find “the place of prayer” (v. 16). On his way, he meets an interesting character: a slave girl, possessed by an evil spirit, who makes money for her masters by telling fortunes. This unfortunate young woman follows Paul around for the better part of a week shouting, “These men are servants of the Most High God who proclaim to you the way of salvation” (v. 17). Though she’s speaking the truth, her demon-influenced manner was probably not too helpful to the team’s evangelistic efforts. Though he puts up with it for days, Paul eventually snaps and exorcises the demon: “In the name of Jesus Christ . . . come out of her!” The demon obeys immediately.

The gospel has the power to defeat Satan.

You probably don’t see demon possessed individuals any more often than I do, a fact that can make an account like this seem distant. However, we are under constant attack from our enemy, who lurks and prowls, just waiting for the opportune moment to pounce (1 Pet. 5:8). In his letter to the Ephesians, Paul warns the church not to forget that they’re at war, not with flesh and blood, but with “the spiritual forces of evil in the heavenly places” (6:12). Our battle and our enemy are real. But the gospel has defeated them.

When Christ rose from the grave, he disarmed Satan, robbing him of his most powerful weapon: the grave itself (Col. 2:15). Because of the gospel, we fight against an unarmed opponent, fierce and vicious though he may be.

John puts it this way: “Little children, you are from God and have overcome them, for he who is in you is greater than he who is in the world (1 John 4:4).”

Rejoicing in the Dark

In exorcising the demon from the young girl, Paul cost her masters a lot of money—and they want revenge. To that end, they drag Paul and Silas before the city’s authorities and accuse them of what might be described as “rabble-rousing” (Acts 16:19–21). As a result, Paul and Silas are repeatedly beaten with rods and thrown into jail where they’re secured in the stocks. However, through bloodied lips and with bruised ribs, they sing together hymns of praise to their God throughout the night (v. 25).

Because of the gospel, we can praise God, even in the dark.

The gospel doesn’t make believers impervious to trouble. It never promises us a life free from pain and disappointment. Instead, it guarantees something better, to which we look even when our hearts are breaking.

Writing to the Romans, Paul explains it this way:

Not only that, but we rejoice in our sufferings, knowing that suffering produces endurance, and endurance produces character, and character produces hope, and hope does not put us to shame, because God's love has been poured into our hearts through the Holy Spirit who has been given to us. (Rom. 5:3–5, emphasis added)

Peter, in his letter to a group of suffering believers, agrees:

Blessed be the God and Father of our Lord Jesus Christ!
According to his great mercy, he has caused us to be born again to a living hope through the resurrection of Jesus Christ from the dead, to an inheritance that is imperishable, undefiled, and unfading, kept in heaven for you, who by God's power are being guarded through faith for a salvation ready to be revealed in the last time. In this you rejoice, though now for a little while, if necessary, you have been grieved by various trials. (1 Pet. 1:3–6, emphasis added)

What do we have to rejoice in? Peter calls it a living hope, an imperishable, undefiled, unfading inheritance, guarded by a God from whose love and power we can never be severed.

We rejoice, even in the black of midnight, because of the Gospel.

As Paul and Silas sing their praises, an earthquake rattles the prison and causes their chains to fall off, effectively freeing them and every other prisoner in the building. The jailer rushes in, expecting to find an empty dungeon, and he’s ready to kill himself. But he’s stopped by Paul’s booming voice: “Do not harm yourself, for we are all here!” (vv. 25–27).

This man, just hours ago, had been the enemy of Paul and Silas. Charged with their incarceration, he made no effort to make them comfortable (though they’d just been beaten). He put them in the stocks. He was, at the very least, hindering the work of the gospel. Why should Paul have been concerned about this man who was devoted to the very system trying its best to stamp out the message of Christ?

The gospel allows us to love our enemies.

As stones were hurled at him from every direction, Stephen’s final words before entering the presence of his Savior were these: “Lord do not hold this sin against them!” (Acts 7:60) How could he possibly hope that his executioners would find rest in Christ?

That’s exactly what the gospel has done for us.

But God shows his love for us in that while we were still sinners, Christ died for us. . . . For if while we were enemies we were reconciled to God by the death of his Son, much more, now that we are reconciled, shall we be saved by his life. (Rom 5:7–8, 10)

The gospel transforms us from God’s enemies to His precious children and reforms our hearts as well. How can we, who have been forgiven so much, withhold forgiveness from those who seek to harm us? Their sins against us, heinous though they may be, cannot compare to our high treason against the almighty God.

Because of the gospel, we can extend the hand of forgiveness to the bitterest of enemies.

Because Paul loves his enemy and wishes him good instead of ill, the jailer and his family become some of the first converts in Philippi and charter members of the church there.

The good news of Jesus’ death, burial, and resurrection once more flexes its muscles by transferring a lost soul from death to life, from the kingdom of darkness into the marvelous light of Christ. It cancels “the record of debt that stood against us with its legal demands. This [Christ] set aside, nailing it to the cross” (Col. 2:14).

As terrifying as a hurricane, tsunami, earthquake, or tornado may be; as much as our jaws may drop at the awe-inspiring pictures sent back to earth from the Hubble Telescope; as far as the depths of the ocean and heights of the mountains may humble us, nothing displays God’s power more vividly than the rescue of a lost soul from the clutches of death.

And you were dead in the trespasses and sins in which you once walked . . . But God, being rich in mercy, because of the great love with which he loved us, even when we were dead in our trespasses, made us alive together with Christ—by grace you have been saved” (Eph. 2:1–5)

With all due respect to Isaac Watts, perhaps I could add a verse to his hymn:

I sing the mighty pow’r of God
that triumphed o’er the grave!
He gave His one and only Son,
His enemies to save.
I sing the sovereign rule of Christ
that the enemy obeys.
My Savior fills my soul with hope;
my mouth bursts forth with praise!

1 “I Sing the Mighty Power of God” by Isaac Watts