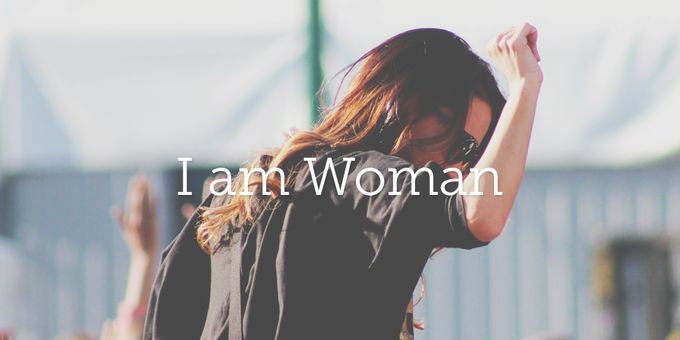 “I am strong! I am invincible! I am WOMAN!” I remember striding down the school hallway with a couple of girlfriends, belting out the words of Helen Reddy’s chart-topping song. We were determined to show the world that we were in control. The words of the song summed up our resolve. “I am woman hear me roar—in numbers too big to ignore—no one’s ever gonna keep me down again!” We were perched on the verge of womanhood. And we were confident that we would be the first generation to get the meaning of womanhood right.

We tried. We really did. We embraced education, careers, prominence. We despised all relationships and responsibilities that would hold us back. We moved marriage, mothering, and homemaking from the top of our lists to the bottom–or crossed them off altogether. After all, we were so much more enlightened than our fore sisters were. The world had revolved around men, but it was our turn now. We would make it bow to our demands. We decided that the role of a housewife was totally passé. Charlie’s Angels seemed so much more exciting.

So we redefined boundaries. We changed the rules of male-female relationships. We boldly pushed back against traditional definitions of gender and sexuality. We claimed our freedoms. We bought into the feminist promise that woman would find happiness and fulfillment when she defined her own identity and decided for herself what life as a woman was all about. How very wrong we were. For ultimately, who we are is a matter decided not by us, but by the One who in the beginning created us male and female.

The creation of the sexes was not something God did impulsively or arbitrarily. His plan existed from eternity past, before the foundation of the world. On the final day of creation, “God created man in his own image, in the image of God he created him; male and female he created them” (Gen. 1:26-27).

We don’t fully understand what the image of God is all about, but two things are clear. First, bearing His image gives us enormous dignity, privilege, and responsibility. He has crowned us with honor and glory and has given us dominion over the earth. It’s a breath-taking charge to go about the business of daily life and all-the-while reflect the image of the Almighty. And that leads to the second thing: What a mess we’ve made of this awesome dignity! The image of God in humanity is badly marred; sometimes even beyond recognition. It begs for redemption. Transformation. A type of re-creation. And stunningly enough, God stamped this vision and hope onto human beings in the very beginning, before they had even sinned. When God created male and female, He provided an object lesson—a parable, as it were—of His entire redemptive plan.

Before the ages, God had a plan, but it remained hidden (1 Cor. 2:7; Col. 1:26). It wasn’t until Christ died that God’s eternal purpose—and the purpose of manhood, womanhood, and marriage—became clear. Paul connects all the dots in Ephesians. In chapter 3 he explains that the mysterious plan came to light when Jesus Christ died for the church (v. 7). In chapter 5, he correlates the mystery of redemption to male-female sexuality and marriage. “Husbands, love your wives, as Christ loved the church . . . ‘Therefore a man shall leave his father and mother and hold fast to his wife, and the two shall become one flesh.’ This mystery is profound, and I am saying that it refers to Christ and the church.” (Eph. 5:25-33)

The profound mystery, hidden from eternity past, was that God intended to display the glory of His grace and covenant-keeping love through Jesus Christ, His Son, who laid down His life to redeem and purify His Bride. I stated it in an earlier blog, but it cannot be said often enough: When God created male and female, He had the relationship of Christ and His Bride in mind. Men are to reflect the strength, love, and self-sacrifice of Christ. Women are to reflect the character, grace, and beauty of the Bride He redeemed.
The song got it wrong. Womanhood is not about displaying my own strength and invincibility. It is for the praise of God’s glory that I am woman.

Here are a couple questions for you:

Have you been sucked into the feminist idea that it’s important for you to display your own strength and invincibility?

Would your behavior change if you focused on reflecting the character, grace, and beauty of the Bride of Christ instead?