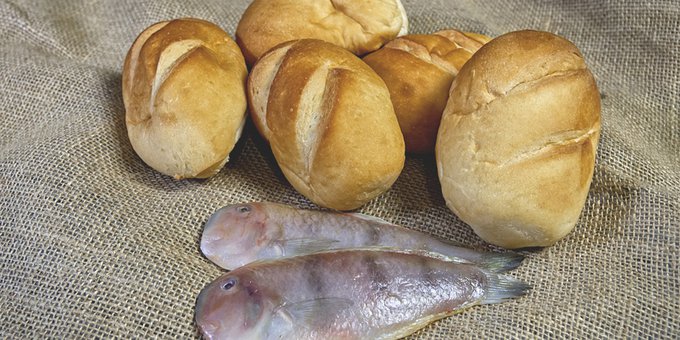 God sent His Son to show us what love looks like.

He touched the leper, extending His hand out toward rotted flesh of the shriveled limb and the very core of his soul. His love sliced through humans’ dust-originated, earthly wrappings to reveal just how powerful His love is for them—and for us.

God sent His Son to be ravaged and torn.

Though that Son possessed the power to breathe out and snuff out the very lives that were tearing at His flesh, He came willingly. He spoke tenderly to the woman who believed all the shameful and humiliating words spoken to her. He would cover them. He would erase them. He would speak words of life and purpose. He would cover her shame, and it would be no more.

He fed them with bread that had multiplied at His command, and He poured brimming-over, living manna into their wanting and wasting hearts.

God sent His Son to compassionately speak to those who were despised and rejected.

He welcomed those who were told they deserved being called “the worst of sinners.” He spoke to them about life rather than bondage. He valued them, because of His love, not their pasts, possessions, or positions.

God sent His Son not so we might parade around as if we had “earned” the right to be more important, better, seen, heard, but so we could be simply and humbly redeemed.

There’s nothing that man could do to position himself before a holy God. So Jesus came to make right the curse that came when Eve twisted fruit off a branch and placed it inside her mouth. He came to take back the life that had been turned abruptly towards death. The countdown to His coming began the moment the serpent slithered towards her and spoke his cunning lie, “Did God really say . . . ”

God sent His Son at the appointed time.

All of creation strained to see the unfolding of ultimate love, stretched out upon the very trees He had created, given to the people He had woven. He bridged the gap between what had been lost and what He had intended all along—intimacy with His children.

God sent His Son because His love for us was greater than the death that Satan wished upon us.

Majestic hands that fashioned the starry sky out of nothing willingly became tiny coiled fingers of a helpless baby confined to a womb. He surrendered His place beside His Father so that Immanuel, God with us, might be fully known and fully seen.

God sent His Son to reveal His compassion.

He looked right at our needy selves when He spoke to the woman at the well. He revealed His compassionate provision when He fed the 5,000. His arms, which rose towards the heavens in thanks to His heavenly Father, were offered to us when they were pulled out of their sockets and spread wide upon the rugged wood of the cross. He presented the flesh on his back that it might be stripped and savagely ripped in order that we might be healed.

God sent His Son to reach toward, touch, and heal the diseased, twisted, and broken.

The Lamb of God held the cup at the Last Supper and received and bore the cup of suffering in Gethsemane—He willfully gave his hands so they could be crushed and pierced for our sake.

He became one of us so that we might have the way to know the intimacy with Him He created us for.

He came because He was sent.

He died because He loved.

He arose because His power and reign will never cease nor wane.

God sent His Son. Jesus willfully came. The Spirit was given.

God has fully done and accomplished what man could not do.

God sent His Son, in order that whoever shall believe and call upon Him shall be saved.