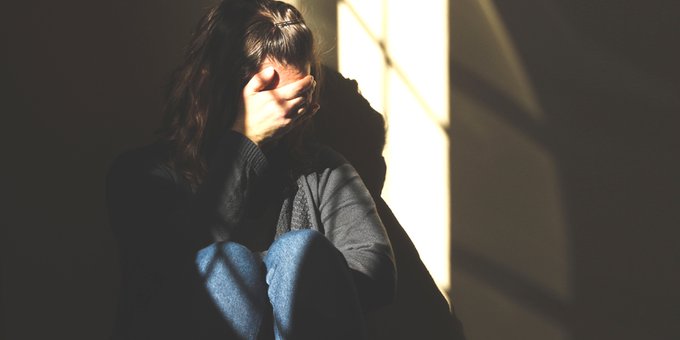 In the early days of the pandemic, I saw a video of a tween girl weeping. She was on a sofa in her living room, watching the news. As she witnessed what was happening around the world, she was overcome with genuine sadness and began to weep. There was nothing staged about it. Genuine grief over what was happening rose up in her heart. It was uncommonly innocent and pure.

I suspect that is what made her mother grab her phone and capture the moment.

Her tears quickly turned to intercession as she urged her mother to pray with her.

From the mouths of babes.

A Permission Slip for Tears

These past few weeks, I’ve been encouraging you to join the Cry Out! Prayer Challenge And then, I’ve been asking you to use it as a training tool for your True Girl. This week, I’d like to ask you to give her permission to cry about what’s happening in our world.

As I’ve pressed into the prayer challenge this month, I’m surprised at the number of verses in our daily devotions that urge us to “cry out.” And I think that’s literal.

Don’t you think that if we did that as a regular part of our faith experience it would not seem so unusual when we see a single tween girl do it? Is it possible that we train our children out of a righteous and holy response to sin, brokenness, and evil in our world? We often rush to tell them “it’s all going to be ok” and wipe away their tears. Is that the right thing to do, or should we be nurturing the sensitivity that causes them to cry over the things that break God’s heart?

The Tears of a Prophet

The book of Habakkuk is a lament about the broken condition of the world. I think this prophet probably had the heart of that girl I saw on social media. His heart easily entered into crying out to God. And it was emotional.

As our nation careens toward an election and both sides of the aisle feel frustrated with leadership, I can't help but see all the parallels in the book of Habakkuk. Can I share one that might motivate us to unleash tears in our children?

Though not all scholars agree, many believe that Habakkuk would have begun his ministry to Judah sometime during King Josiah’s final years and then wrote his message during the reign of Josiah’s son Jehoiakim, who was not only a very poor leader but an evil one.

In the history of the nation of Israel, it is rare to find a king who obeyed God completely. Josiah stands out as a glaring exception. He was only eight years old when he began to reign, so was likely guided by godly influences for the beginning of his rule. By the time he was twenty-six, he decided to repair the temple of God. During the repairs, something was discovered that had been long forgotten. It was found in the rubble and dust of the clean-up.

It’s believed that Josiah found either the book of Deuteronomy or Jeremiah. With just one reading of God’s Word, his heart was broken. He tore his robes in despair and wept when he realized that the nation was not obeying God.

God’s Word Is the Catalyst

Many people today own a Bible but are unaffected when they read it. Every time we crack ours open, it should cause us to take immediate action to reform our lives. It should also be the catalyst that causes tears to burn our eyes when we see sin and evil in our world.

Let me point this out: Josiah was a child when he began to reign and someone—perhaps even a woman in his life—kept his heart soft toward God and innocent enough to cry authentic tears. May we be the women who keep the girls in our lives soft towards God. May we give them permission to cry out to Him not because they are told to, but because their hearts are poised to do it naturally.

And the next time you open your Bible, ask God how He wants you to respond and reform your life? Give Him permission to break your heart with the things that break His.

Previous Post Crying Out with the Multitude
Next Post Ask an Older Woman #26: Singleness: When Jesus Doesn’t Seem to Be Enough

Praying with the Audacity of a Child