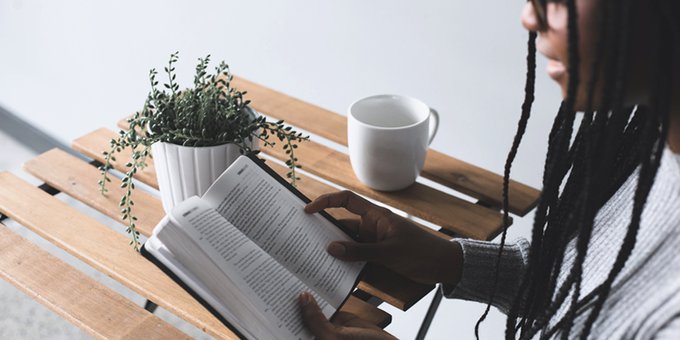 Forgiveness Is Not about Me

When it comes to topics discussed in church and lyrics sung in worship, forgiveness in Christ tops the charts—and for good reason. The forgiveness of the gospel is knock-your-socks-off good news, and we shouldn’t be able to get enough of it. However, is it possible that we’ve skewed the emphasis of this glorious truth? Many bestselling Christian books and hit songs on the radio turn the focus from the Forgiver to the forgiven, making me feel as if I’m getting a warm hug when I consider God’s forgiveness. If this is my response, I wonder if I’ve turned the end-goal of forgiveness on its head. Forgiveness isn’t about me; it’s about a righteous God who made a way for depraved sinners to abide in His presence without compromising His holiness.

Forgiveness must to lead us to fear of the Lord.

But with you there is forgiveness, that you may be feared. (Psalm 130:4)

It All Starts with Holiness

One of the fundamental attributes of God (perhaps even the fundamental attribute of God) is His holiness. We cannot fear God if we don’t understand this all-important facet of His character. Perhaps the most basic reason that the fear of the Lord has atrophied in many churches today is that we undersell God’s holiness. Of course, as with most of God’s attributes, we will never be able to plumb the depths of all that God’s holiness means (and certainly won’t do so in a short article like this one); however, taking the smallest of sips from this divine ocean, as we’re about to do, can help us realign our focus when we reflect on gospel-forgiveness.

Holiness literally means “set apart,” a definition which, in the case of God, has two prongs: He is set apart from His creation, and He is set apart in His moral purity. The first of these is more difficult to understand. All that exists in heaven, on earth, under the earth, and in the cosmos falls into one of only two categories: created or Creator. Obviously, one of those groupings is much smaller than the other. God and God alone is uncreated. He is not His creation; He is Creator. He is not only high above humanity; He is entirely separate, or “other than” even the crowning glory of His creation. Isaiah describes His throne as “high and lifted up” (Isa. 6:1), a picture of the Holy One’s transcendence over all that is created. Words cannot adequately describe Him. No human imagination could conceive of Him. Only He could conceive of us. This first prong of holiness should make our jaws drop in wonder and our knees knock in terror. But we can’t stop our discussion of holiness there.

The second prong of His holiness means that God is set apart in moral purity. Perhaps you’ve known someone with a severe peanut allergy or some other substance that will send them into anaphylactic shock if they allow it to enter their presence. My former pastor used to say that God is “allergic” to sin. He cannot be around it.

Of course, this analogy can only take us so far: God won’t stop breathing if He’s in the presence of a sinner (God doesn’t breathe; He’s spirit). Actually, the consequences are much more dire. If God were to allow His presence to be tainted by sin, He would cease to be God. For Him to wink at even one sin from an otherwise perfect human would mean that He is no longer holy—which would mean that He is no longer God. He is eternally set apart from all evil. He has never acted in any way except pure, unadulterated uprightness. God’s pristine moral purity should cause us to cry out with Isaiah, “Woe is me for I am ruined!” (6:5).

Isaiah realized humanity’s problem. The psalmist puts it this way: “If you, O LORD, should mark iniquities, who could stand?” (Psalm 130:3). Paul puts it even more simply: “There is none righteous, no not even one” (Rom. 3:10). This leads us to a question of eternal consequence:

How can God possibly forgive my sin and allow me to enter His presence without compromising His holiness?

The Answer: Union with Christ

Perhaps the most important gospel truth is also one of the most misunderstood and most neglected. However, once your eyes are opened to its beauty, you will never want to turn away from it. I’m talking about union with Christ.

Since the concept of union with Christ can be a bit tricky to pin down, here’s a helpful explanation from a good book on the topic:

When we are in Christ, every part of Christ’s life, not only his death, has significance for us. We share in his life and obedience, his death and his resurrection, even his ascension! We participate in another’s victory. All that is his becomes ours.1

We find this concept throughout the New Testament:

Therefore, if anyone is in Christ, he is a new creation. The old has passed away; behold, the new has come. (2 Cor. 5:17, emphasis added)

I have been crucified with Christ. It is no longer I who live, but Christ who lives in me. And the life I now live in the flesh I live by faith in the Son of God, who loved me and gave himself for me. (Gal. 2:20, emphasis added)

I’m sure that by now you’ve picked up on how our union with Christ connects to our holiness problem. Because we’re united Christ, His holiness has become ours, while our wickedness became His for three hours one Friday afternoon as He hung on the cross. The fancy theological term for this is imputation. You probably don’t need to remember that word (though why not try?), but you will want to hang on to the beautiful truth it teaches, found plainly in 2 Corinthians 5:21:

For our sake he made him to be sin who knew no sin, so that in him we might become the righteousness of God.

Did you notice the switch? He became sin so that in Him (Paul’s shorthand for union with Christ), we would become righteous.

So how can God remain holy and still forgive our sins and allow us into His presence? The answer is simple yet beautifully mysterious.When I come to the Father seeking forgiveness, He sees the righteousness of His Son that has been transferred (imputed!) to me. He looks on me not only as if I had never sinned but as if I had kept every precept of the Law perfectly, both inwardly and outwardly. It’s not that God is fooled and thinks that His Son is asking forgiveness. But when He looks at me, desperate sinner though I am, He sees the robe of His Son’s righteousness covering my depravity and—faithfully, justly, and without compromising His holiness in any way—grants me forgiveness.

To ponder forgiveness and walk away feeling good about myself is to miss the mark entirely. Even to be moved merely to gratitude is to fall short of the bullseye. Forgiveness must lead me to revere the Lord, to cry out with the seraphim, “Holy, holy, holy is the LORD God Almighty!” And to bemoan my sin with Isaiah. Finally, it must result in worship to God the Father:

Blessed be the God and Father of our Lord Jesus Christ, who has blessed us in Christ with every spiritual blessing in the heavenly places . . . In him we have . . . forgiveness. (Eph. 1:3, 7)

The next time you hear or sing about forgiveness, don’t think about yourself. Marvel at your union with Christ and fearfully worship an uncompromisingly holy God.

Learn how to stay grounded in the gospel at Revive ’21: Grounded, a conference from Revive Our Hearts. We’d love for you to join us in Indianapolis for the in-person event October 8–9. Visit Revive21.com to register today, and let’s get grounded together!

Previous Post Become a Modern-Day Psalmist: Personalizing the Psalms for Your Actual Life
Next Post What Does It Mean to Be Filled with the Spirit?
Store Donate Now My Account
Stay Informed via Email