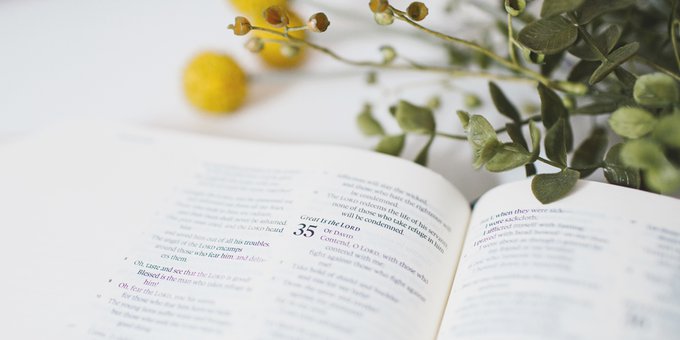 27% 27%
Give Today Give Today
Editor’s Note: Here at Revive Our Hearts, we are passionate about getting quality content into the hands, minds, and hearts of our readers. We also recognize that there is no shortage of Christian books in the marketplace today, so many that just making a selection can be a daunting task. While we can’t choose your next read for you, we’d like to do what we can to help. That’s why we’ll be featuring book reviews from our very own “Reader in Residence” Cindy Matson today and in the months to come. Here’s what you can expect: honest reviews of Christian living, theology, and even fiction selections to help you navigate the “shelves” of your favorite bookseller. We hope this new feature blesses you (I should mention, this first one’s weighty, but with John Piper at the pen, should we expect any less?). Happy reading! —Laura Elliott, Managing Editor, Revive Our Hearts

The literary term is theodicy: a human attempt to explain God’s actions. The world of literature contains many examples of theodicies, with some even found in Scripture (think Habakkuk and Job). Perhaps the most famous example is John Milton’s masterful epic Paradise Lost. Milton states in the opening verses that his purpose is more than telling the story of the Garden of Eden; rather, he is endeavoring to “justify the ways of God to man.” The more recent work Why Do Bad Things Happen to Good People by Harold Kushner also tries to offer an explanation for why God does what He does. Clearly, we humans have an insatiable desire to understand the purposes behind God’s actions.

Crossway has released a new book by Pastor John Piper that, in its own way, deals with this topic; however, the author’s goal is more than to “justify God’s ways to man.” In Providence, Piper sets out to explore every nook and cranny of God’s divine providence, not just so we can understand why God would allow something bad to happen, but “for the intensifying of true worship, the solidifying of conviction, the strengthening of embattled faith, the toughening of joyful courage, and the advance of God’s mission in this world.”

As is typical of both Piper’s writing and preaching, Providence is the product of copious hours studying God’s Word as it relates to the topic. Piper breaks his book into three main parts, two of which contain multiple sections.

Part 1: A Definition and a Difficulty

In these two introductory chapters, Piper takes a cursory look at providence throughout church history to help the reader understand the concept. He also takes time to explain the difference between providence and fate. Surprisingly, Piper does not give his own definition of providence; instead he uses a preponderance of definitions from other sources with which he agrees in order to help the reader arrive at a robust understanding of the term. Piper also offers a chapter of explanation for “why divine self-exaltation is a good thing.” For anyone who has ever wondered why it’s okay for God to demand that everyone glorify Him, this chapter is helpful.

Part 2: The Ultimate Goal of Providence

Here, Piper demonstrates his skill at biblical theology, a discipline which traces one element of theology from Genesis to Revelation, showing how the progressive revelation of Scripture informs our understanding of that particular idea. Piper begins with God’s providence before creation and then moves on to how God demonstrates His providence in creation. The next several chapters unfold God’s providence in the history of the nation of Israel, from Abraham’s call to the nation’s exile from the Promised Land. Finally, Piper offers four chapters of exploration of God’s providence in the New Covenant, that is the work of Christ and the glory of the Gospel.

Piper does not take his reader on a whirlwind tour of providence through Scripture just for its own sake. He does so in order to show the reader what he believes to be the purpose of God’s providence. If you’ve read any of Piper’s works, the purpose he expounds is not surprising: “This universe is designed in God’s wisdom—and governed by God’s providence—to be a theater for the glory of God, manifest consummately in the glory of his grace, enacted through the glory of Christ, which shines most brightly in his suffering for undeserving rebels.”

Part 3: The Nature and Extent of Providence

Comprised of eight sections and thirty-one chapters, this section covers the bulk of the book. In it, Piper explores many questions you probably have regarding God’s providence, and likely a lot more that you have never thought to ask. He deals with difficult questions, such as providence over Satan and demons, kings and nations, life and death, and even sin. Piper does not shy away from these enigmas, and he uses Scripture to arrive at the very best answer he can for them. However, while he shows no fear in tackling the hard stuff, he’s also not hesitant to leave a mystery what the Bible leaves a mystery. Remember, Piper’s goal is not to answer our every question. His goal is to move us to worship.

This section also covers God’s providence over conversion. Piper, a staunch Calvinist, believes strongly in the sovereignty of God in the salvation of souls. This firm belief shines brightly in this section. However, even if you hail from a differing theological view, I think you will appreciate the winsomeness and kindness with which Piper addresses the issue. And I know you will be moved to worship as you consider the gospel and your acceptance into God’s family from a variety of angles, a few of which may feel new to you. I know I was!

I appreciated many things about Providence, but chief among them is how scriptural it is. By that I mean, Piper does not offer anecdotes to support his points; he doesn’t offer merely his own opinions; he doesn’t even really offer much in the way of other people’s opinions. He offers what the Bible says. Yes, in doing that, he is offering his interpretation of Scripture, but he is clearly doing so after a lifetime of soaking in God’s Word. The providence of the Almighty shows up on every page of Scripture, and I don’t think Piper has missed a single reference. What was once said of John Bunyan is true of this book, and obviously, its author: “Prick him anywhere—his blood is bibline.”

Second, I appreciated the breadth of this work. When I heard that Piper was working on a book about God’s providence, I expected it to be excellent. What I didn’t expect (though perhaps should have) was that he would hold providence up like a diamond and with his jeweler’s loupe examine every single facet of the jewel. In order to even begin to grasp God’s providence, this has to be done. Because the sovereign providence of God touches literally every single inch of our lives, a work examining it must, by necessity, be thorough. The deeper you go into the book, the more you will be moved to worship the God who orchestrates the universe and all that is in it.

I really have nothing negative to say about Providence, but I must offer one caveat. This book is 700 pages long. (Like I said, it’s thorough!) I know that its sheer size will be off-putting to many. Frankly, if I hadn’t been planning to review it, I probably would have waited a while to tackle it! Of course, not every book is right for every reader, and even a book that is right for you someday might not be right right now. However, I’d like to exhort you to not be run off just because the book is long. I believe that reading one book of high quality is superior to reading ten of lower quality. So maybe your reading goal this year should be just to make it through this one long book. If you do, you will not regret it.

John Piper first published Desiring God in 1986. Over the past three decades, that book has influenced countless people and will probably always be the seminal work with which people associate John Piper. Written early in his ministry, Desiring God taught us that God is most glorified in us when we are most satisfied in Him. Providence creates the perfect bookend to the writing ministry of John Piper (not that I’m saying this is his last book!). I doubt that anything could supplant Desiring God from being the defining book of Piper’s career, but Providence may just be his finest published work. I heard his editor say on a podcast that she felt Piper had poured his heart and soul into this book. I couldn’t agree more, and I enthusiastically commend it to you.

Carry the message of Providence into your year with the new 2021 Heaven Rules calendar, yours when you give to Revive Our Hearts this month. It’s not too late to hang this important, daily reminder in your home.
Previous Post Heaven (Still) Rules
Next Post Church: Let’s Help Single Moms Choose Life