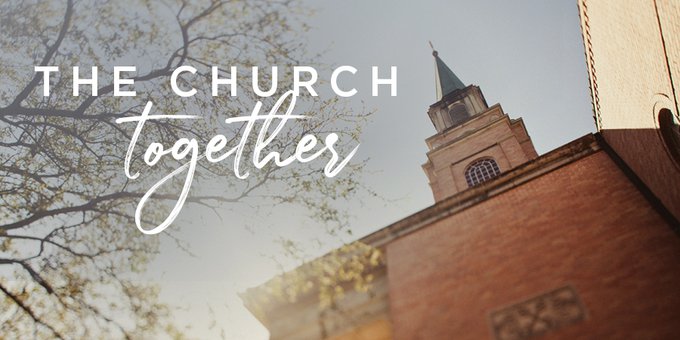 Erin Davis | Church & Worship,  The Enemy | Comments
Editor’s Note: Today marks the last installment in our series The Church Together, in which we’ve celebrated things that unite us as members of the Body of Christ. Erin Davis closes us out with a precious reminder that while we have plenty of differences, we, the Church, have one common enemy. As this series comes to an end, we’re also celebrating something new from one of our favorite heroines of the faith, Susan Hunt! Together with Sharon W. Betters, Susan has written Aging with Grace: Flourishing in an Anti-Aging Culture. Check it out in the Revive Our Hearts store! —Laura Elliott, Managing Editor, Revive Our Hearts

It’s called the fog of war—a unique form of confusion that occurs among soldiers in the heat of a battle. In it, warriors become disoriented, forget their training, and, most perilously, misjudge the enemy’s location and intent.

As God’s people, we are called to be warriors. The Spirit helps us in our daily battle against sin and the flesh. We fight for righteousness in public spheres. We carry the banner of gospel Truth to our lost neighbors and friends. As we battle against the darkness, the fog of war is a real and daily threat.

Consider the Garden of Eden. Picture the moment when our truest enemy, Satan, first attacked mankind. When he slithered toward Adam and Eve with temptation in his arsenal, death by destruction was his mission. Our fallen world is proof that he succeeded. Because Satan’s attack hit its mark, sin entered the world, turning Eden into a battlefield.

Division has made headlines in recent months, but it isn’t new, nor is it isolated. Division slithers its way into our homes, into our churches, into our hearts. Division disorients us about what is truly worth fighting for or who the real enemy is. How can we choose differently than our fallen foreparents?

Fight the Fog with One

Perhaps you are familiar with the apostle Paul’s battle cry, recorded in Ephesians 6: “For we do not wrestle against flesh and blood, but against the rulers, against the authorities, against the cosmic powers over this present darkness, against the spiritual forces of evil in the heavenly places” (v. 12).

In other words: know your enemy.

What prompted Paul to rally the troops in this way? Why did the believers in the church in Ephesus (and the believers in every church) need to be reminded whom they were fighting? The answer is found in Ephesians 4.

I therefore, a prisoner for the Lord, urge you to walk in a manner worthy of the calling to which you have been called, with all humility and gentleness, with patience, bearing with one another in love, eager to maintain the unity of the Spirit in the bond of peace” (4:1–3).

Ephesians 4 reoriented me during the 2020 presidential election, when political tensions made every conversation feel like a grenade with the pin removed. Ephesians 4 reassured me when some of my most precious friendships became embattled by disagreements about social distancing. Ephesians 4 convicted me as my church (and the Church) fought through tough questions about mask mandates, gathering protocols, and how to respond to government regulations. Ephesians 4 steadies me when it feels like I’m at war with a Christian brother or sister because Ephesians 4 is a call to fight ferociously for Christian unity.

It’s a beautiful chapter full of meaningful words, but the essence of Paul’s message is this: one.

Finally, there is one trophy of God’s grace—the Church, Christ’s bride.

Paul was teaching about unity in the Body of Christ when he warned us two chapters later to know our enemy. The fog of war almost always leads to friendly fire. When we forget we are one in Christ, the shrapnel starts to fly from within.

The call of Scripture is to be a Church united against our one common enemy, the enemy of our souls and his generals, Sin and Death.

Stay alert! Watch out for your great enemy, the devil. He prowls around like a roaring lion looking for someone to devour (1 Pet. 5:8 NLT).

Let’s picture an alternate ending to the fall of man. What if Adam and Eve had unified against their common enemy? What if they’d stood together for Truth? What if they’d been so fiercely committed to the oneness God had gifted them that they fought back against the lies Satan hurled at them like missiles?

Of course, they didn’t. But we can stand unified against our common enemy (rather than turning on each other). Paul’s words in Ephesians 6 aren’t just for you or me. They’re for us, the Church, a reminder to stand together against the prince of darkness who wars against the family of God.

Finally, be strong in the Lord and in the strength of his might (v. 10).

Stand. Unified against the one enemy we have in common.

Put on the whole armor of God, that you may be able to stand against the schemes of the devil. For we do not wrestle against flesh and blood, but against the rulers, against the authorities, against the cosmic powers over this present darkness, against the spiritual forces of evil in the heavenly places. (vv. 11–12)

Jesus, lift the fog of war from our hearts. Help us to fight together against our common enemy for your glory. Amen.

Previous Post Ask the Best Questions When Life Is Too Hard
Next Post Ask an Older Woman #27: How to Handle a Woman Who Flirts