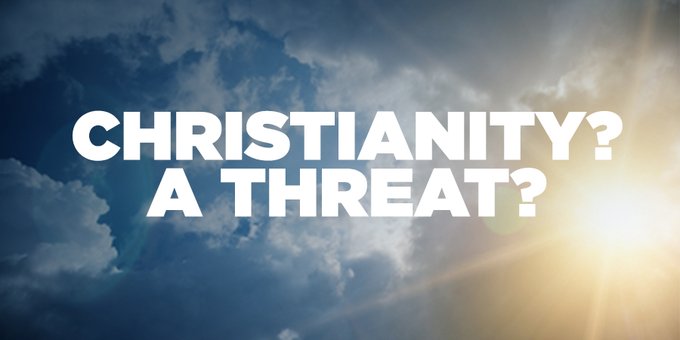 “The last century and a half have seen more converts, and more martyrs, than the first eighteen centuries combined.” –D.A. Carson

Jesus told us this would happen, so we shouldn’t be surprised:

Hostility toward Christians comes not from a physical enemy but from one who has stood in opposition to God’s plan and His children since the beginning of time. That’s why he opposes us—because he is God’s enemy. We are in a battle with the spiritual forces of evil (Eph. 6:12) . . . so conflict and hatred should come as no surprise.

Hostility toward Christians validates Scripture. But what I really want us to sit up and take notice of is the fact that hostility against Christianity proves Christianity’s threat to the kingdom of darkness. Persecution confirms God’s reality.

I mean, think about it for a minute . . . Does it even make sense that world powers, rulers, dictators, and religions would see Christianity as some kind of threat?

That little batch of fisherman—a threat?

How does this encourage you today as you experience opposition as God’s child?