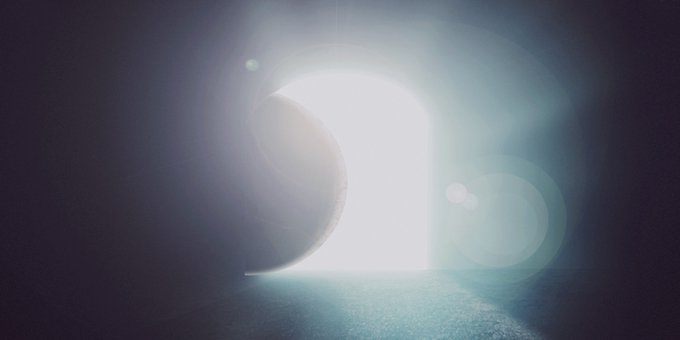 Close your eyes for a moment and imagine Jesus. What do you see? Maybe you see Him as He’s often represented in flannelgraphs and Sunday school papers, or maybe you picture Jim Caviezel as he portrayed the Man of Sorrows on the big screen. While our images may not be entirely accurate, they generally do a good enough job of capturing the earthly ministry of the Suffering Servant. The problem comes when that image remains in my mind’s eye when I think of Jesus as He is today. Scripture paints a very different picture.

And among the lampstands was one like the Son of Man, dressed in a robe and with a golden sash wrapped around his chest. The hair of his head was white as wool—white as snow—and his eyes like a fiery flame. His feet were like fine bronze as it is fired in a furnace, and his voice like the sound of cascading waters. He had seven stars in his right hand; a sharp double-edged sword came from his mouth, and his face was shining like the sun at full strength. (Rev. 1:13–16 CSB)

The Son of Man

First, John tells us that the One he sees is “like the Son of Man.” That title probably rings a bell, but maybe not for the right reasons. This name of Christ does not merely indicate His humanity. This is a title used of Jesus by the prophet Daniel, not in relation to His first coming, but His second.

I continued watching in the night visions,

and suddenly one like a son of man
was coming with the clouds of heaven.
He approached the Ancient of Days
and was escorted before him.
He was given dominion,
and glory, and a kingdom;
so that those of every people,
nation, and language
should serve him.
His dominion is an everlasting dominion
that will not pass away,
and his kingdom is one
that will not be destroyed. (Dan. 7:13–14 CSB, emphasis added)

While the term “Son of Man” is used at times to refer to Jesus’ humanity, here in Revelation, it’s referring specifically to Jesus as Daniel pictures Him—not as the one lacking majesty or human attractiveness (Isa. 53:3), but as the Lord who will receive glory, dominion, and an everlasting kingdom.

This is the Resurrected Christ.

The Lord, Holy and Glorious

John goes on to describe the Son of Man’s appearance. First, He’s wearing a robe with a golden sash. His head and His hair are described as “white wool” and “white snow.” It’s as if John is grasping at words to communicate just how white His hair is. I suppose this reference could seem confusing. After all, when we think of white hair, we don’t generally think of power and glory. However, the white hair of Jesus is anything but a sign of old age. This, along with much of the rest of the description, is meant to communicate holiness, absolute purity in every sense.

This is not a change from His first advent; He was just as holy as an infant in Mary’s arms, the miracle worker at the wedding in Cana, and the bleeding, gory “criminal” on the cross. While on earth the first time, Jesus chose to cloak the radiance of His holiness in His humanity. To look upon Him was to look upon any human male. You wouldn’t die because you looked at his face or walk away glowing like Moses did when he beheld the glory of the Lord (Exo. 34:35). However, the resurrected Christ is not so. While still a human being, His holiness and glory are on full display.

Not only are they on display in his hair, but on his face as well. John says it shines like the sun. On August 21, 2017, a wide swath of America experienced a total solar eclipse. Droves of people flocked to the Pacific Northwest and lonely towns in Wyoming and Nebraska to witness the once-in-a-lifetime event. However, while the sun was to be totally eclipsed, we were still told by the experts not to look directly at the sun without eye protection—and it was covered up! I have no idea what kind of sunglasses I would need to stare directly into the sun, but I’m guessing I can’t buy them from Walmart or Amazon. Looking into the face of Christ, John says, is like looking into the sun at full strength. No dinky veil covering the face of Christ would be able to protect the viewers from seeing its glory. He’s that radiant and that glorious.

Not only is the resurrected Christ whom we celebrate on Easter Sunday perfectly holy, but He’s also the perfect judge.

John pictures the Son of Man’s eyes as “a fiery flame.” While this sounds like something from a horror movie, it really tells us that nothing will be hidden from the eyes of the returning King. He is the perfect Judge who knows every single fact of every single case. Likewise, the description of His feet as “burnished bronze” refers to the coming judgment. “The altar of burnt offering was covered with brass and its utensils were made of the same material (cf. Ex. 38:1–7). Glowing hot, brass feet are a clear reference to divine judgment.”

Our resurrected Savior is the all-seeing Judge; nothing escapes His view.

The Communicator of Absolute Authority

As we continue, John’s description is once again at odds with our Sunday school picture of Jesus. While His voice doesn’t come across in the illustrations, I imagine Him as soft-spoken most of the time. However, John tells us that His voice is like “the sound of cascading waters.” If you’ve ever been white-water rafting or visited Niagara Falls, or some other powerful waterfall, you understand the authority of water. The water and its noise capture your full attention and drown out most other noise. This is the power of Christ’s voice.

Not only does His voice command attention, but Christ’s words will pierce like a sword. We’re familiar with the “two-edged sword” from Hebrews 4:12:

For the word of God is living and effective and sharper than any double-edged sword, penetrating as far as the separation of soul and spirit, joints and marrow. It is able to judge the thoughts and intentions of the heart. (Heb. 4:12 CSB)

It makes perfect sense that Jesus, the living Word of God, would pierce like Scripture with every word He says. This is nothing new. We learn in Genesis 1:3 that the power of the Word as God commanded light to exist, and it did. As at the beginning, so at the end. Jesus, when He returns to earth, will literally wipe out nations with just His Word. What once existed will cease to exist just because He says so (Rev. 19:15).

This is the authority of the risen Savior.

You may be wondering why all of this matters. This picture of Jesus certainly doesn’t jibe very well with the bunnies and lilies. Does this really have anything to do with Easter? We need only to keep reading in Revelation 1 to answer that question:

When I saw him, I fell at his feet like a dead man. He laid his right hand on me and said, “Don't be afraid. I am the First and the Last, and the Living One. I was dead, but look—I am alive forever and ever, and I hold the keys of death and Hades.” (Rev 1:17–18 CSB)

Our first response to what we see must be all-out, on-your-face worship, as John demonstrates. However, don’t miss Christ’s words to the prostrate apostle: “I am alive forever, and I hold the keys of death and Hades.”

We’ve heard so much about death in the past twelve months, and rightfully so. But this Easter behold the risen Savior—perfect in holiness, righteous in judgment, and glorious in authority—and remember that He and He alone holds the keys to death.

He is the living One, alive forevermore.

And so shall we be.