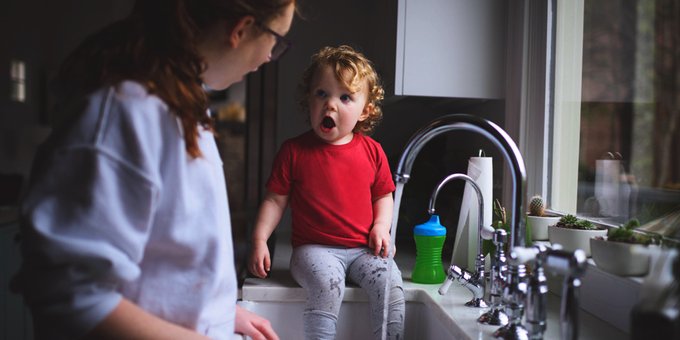 Back to Our Roots: The Counter-Revolution

Nancy DeMoss Wolgemuth | Womanhood | Comments
Editor’s Note: Today on the Revive Our Hearts blog, we’re taking an end-of-summer road trip—back to our roots—with this article that has been adapted from the introduction to a book edited by Nancy titled Becoming God’s True Woman. While the book was originally published in 2008, Nancy’s words are still, or perhaps even more, relevant today.

In 1990, TIME magazine devoted an entire issue to the subject of women.1 The managing editor’s column began:

As roughly half the world’s population, women would hardly seem to need to struggle for attention. Yet struggle is precisely what they have been doing in the final decades of the 20th century. Their endeavors deserve no less a word than revolution—in expectations, accomplishments, self-realization and relationships with men. It is a revolution that, though far from complete, promises over time to bring about changes as profound for men and women as any that have occurred in Eastern Europe or the Soviet Union in the past year.2

The eighty-six-page Special Issue included articles on such revolutionary developments as “the road to equality,” the psychology of growing up female, changing roles of women in the workforce, women as consumers, changing views on marriage and family, and the hurdles women face in pursuing political careers.

One section featured profiles of “10 tough-minded women” who have combined “talent and drive” to become “successful” in their careers: the police chief of a major metropolitan police force, a baseball owner, a rap artist, an AIDS activist, a rock climber, a bishop in a mainline denomination, a fashion tycoon, a saxophonist, an American Indian chief, and a choreographer. These women were lauded chiefly for their success in their chosen vocations.

Conspicuous by its absence throughout the issue was any recognition given to women who have succeeded in ways not tied to careers—women who have successfully stayed married to the same man or who have succeeded in bringing up children that are making a positive contribution to society. Not surprisingly, no bouquets were handed out to women for being reverent and temperate or modest and chaste or gentle and quiet, for loving their husband and children, for keeping a clean, well-ordered home, for caring for elderly parents, for providing hospitality, for acts of kindness, service, and mercy, or for demonstrating compassion for the poor and needy—the kind of success that, according to the Word of God, is what women should aspire to attain (1 Tim. 5:10; Titus 2:3–5).

I was struck by the fact that, though TIME’scoverage featured women in many different roles and settings, there were precious few references to home. The few references to marriage and family highlighted “single women who are choosing to be unmarried . . . with children,”3 stay-at-home dads, divorced moms, lesbians, and working moms—all evidence of the pervasiveness of this revolution that recognizes all lifestyles as equally valid choices, except, perhaps, those women who choose to center their hearts and lives around their families. Women readers who have chosen a career as a “homemaker” could easily have been shaken by the solitary sidebar article on “Wives” entitled “Caution: Hazardous Work.” The subheading read: “Looking for lifelong economic security? Don’t bank on homemaking.”4

My intent in this context is not so much to address the issue of women and careers, as to point out the extent to which the identity and value of women has come to be equated with their role in the community or in the marketplace. That is how their “worth” is defined, measured, and experienced. By contrast, relatively little priority or value is assigned to their role in the home.

As I read commentaries such as that provided by TIME, I feel deep sadness over what has been forfeited in the midst of this revolution—the beauty, the wonder, and the treasure of the distinctive make-up, calling, and mission of women.

The Revolution Comes to Church

It should come as no huge surprise that the secular world would be confused and off-base about the identity and calling of women. But what I find distressing is the extent to which the revolution described above has taken hold within the evangelical world.

We see the fruit of that revolution as prominent Christian speakers, authors, and leaders promote an agenda, whether subtly or overtly, that encourages women to define and discover their worth in the workplace, in society, or at church, while minimizing (or even at the expense of) their distinctive roles in the home, as daughters, sisters, wives, and mothers—as bearers and nurturers of life, as caregivers, as those privileged and responsible to shape the heart and character of the next generation.

The feminist revolution was supposed to bring women greater fulfillment and freedom—it was supposed to make us feel better about ourselves—after all, “You’ve come a long way, baby!” But we see the poisoned fruit of the revolution in the eyes and the pitiable cries of women who are drowning in the quagmire of serial divorce and remarriage and wayward children; women who are utterly exhausted from the demands of having to juggle one or more jobs, function as single parents, and be active at church; women who are disoriented and confused, who lack a sense of mission, vision, and purpose for their lives, and who are perpetually, pathetically shrouded in woundedness, self-doubt, resentment, and guilt.

Yes, the revolution has come to church. And when you add up all the gains and losses, there is no question in my mind that women have been the losers—as have their husbands and their children and grandchildren—as has the entire church—as has our lost, unbelieving culture.

Waging the War: A Counter-Revolution

Some years ago, a fresh sense of mission began to stir within my heart. Since that time, the sense of pessimism and hopelessness, of being swallowed up by the revolution, has been replaced by rich hope and excitement.

A study of the development of modern feminism (feminism itself actually dates back to the Garden of Eden) impressed me with the fact that this massive revolution did not begin as a massive revolution. It started in the hearts of a relatively small handful of women with an agenda, women who were determined and intentional in their efforts. It started with a few seminal books and speeches; it spread throughout the living rooms of America (which is where women were at the time) until it became a groundswell; it spread by painting for women a picture (deceptive as it was) of their plight and creating a vision of how things could be different; it ignited indignation, longing, and hope in women’s hearts; it sparked a refusal to be content with the status quo.

As I pondered these things, I began to wonder what might happen in our day if even a small number of devoted, intentional women would begin to pray and believe God for a revolution of a different kind—a counter-revolution—within the evangelical world. What would happen if a “remnant” of women were willing to repent, to return to the authority of God’s Word, to embrace God’s priorities and purpose for their lives and homes, and to live out the beauty and the wonder of womanhood as God created it to be?

I have come to believe that the measure of success is not whether we “win” the war , but whether we are willing to “wage” the war.

Of course, I realize that such women will always be in the minority (as were the early feminists). But as this inner compulsion has grown, I have taken courage from the promise that “one man of you shall chase a thousand, for the LORD your God is He who fights for you” (Josh. 23:10 NKJV). I have come to believe that the measure of success is not whether we “win” the war (for we know that in the end, this battle has already been won), but whether we are willing to “wage” the war.

You need to understand that I am not a fighter by nature. The older I get, the more I crave a simple, uncomplicated, anonymous lifestyle. I had a natural reluctance to jump into what I knew would be a lifetime of going against the flow (even in the church)—I didn’t relish the idea of being politically incorrect all the time. But greater than my fears and reservations is a passion for the glory of God. And God is glorified through thankful, trusting, obedient, compassionate, serving, virtuous, joyful, feminine women who reflect to our world the heart and character of the Lord Jesus Himself. As we are filled with His Spirit, we radiate His beauty and we make the gospel believable.

Unlike most revolutions, this counter-revolution does not require that we march in the streets or send letters to Congress or join yet another organization. It does not require us to leave our homes—in fact, for many women, it calls them back into their homes. It requires only that we humble ourselves, that we learn, affirm, and live out the biblical pattern of womanhood, and that we teach the ways of God to the next generation. It is a revolution that will take place on our knees.

As I have come to accept His call to be a part of this counter-revolution, I have discovered that I am not alone. Everywhere I have shared this vision, I have found that “deep answers to deep”—the call to return to biblical womanhood resonates within Christian women who have tasted the bitter fruit of the feminist revolution and who know within their hearts that God’s ways are right.

These women join me in inviting you to become a part of this counter-revolution—waged not with the weapons of anger, discontent, rebellion, and rancor, but with humility, obedience, love, and prayer—believing that in God’s time, the changes that result will indeed be more profound and on a higher order than any of the massive socio-political changes our world has experienced in this generation.

A hymn text by John Greenleaf Whittier has been running through my mind today. Though not written in the context of the topic at hand, this prayer captures something of the heart of the movement we are believing God to birth anew in our day:

Dear Lord and Father of mankind,
Forgive our foolish ways!
Reclothe us in our rightful mind;
In purer lives Thy service find,
In deeper reverence, praise.

In simple trust like theirs who heard,
Beside the Syrian sea,
The gracious calling of the Lord,
Let us, like them, without a word,
Rise up and follow Thee.

Drop Thy still dews of quietness
Till all our strivings cease.
Take from our souls the strain and stress,
And let our ordered lives confess
The beauty of Thy peace.

The first feminist revolution began in the Garden of Eden when Eve believed the Serpent’s lies. Since that day, women (men and children too) have fallen prey to the lies of this world. That’s why Nancy DeMoss Wolgemuth has written Lies Women Believe: And the Truth That Sets Them Free. Now in softcover, this book is the perfect primer for a woman who is ready to learn to recognize—and fight against—the lies we’re all prone to believe.
September 4 is the last day to request your copy when you make a donation of any amount to Revive Our Hearts. Want to engage the lies facing your whole family? Upgrade your gift to $70 or more, and we’ll send you the entire Lies family of books!

Previous Post Boost Your Prayer Life with 10 Tips for Successful Fasting
Next Post How is the New Testament Organized?