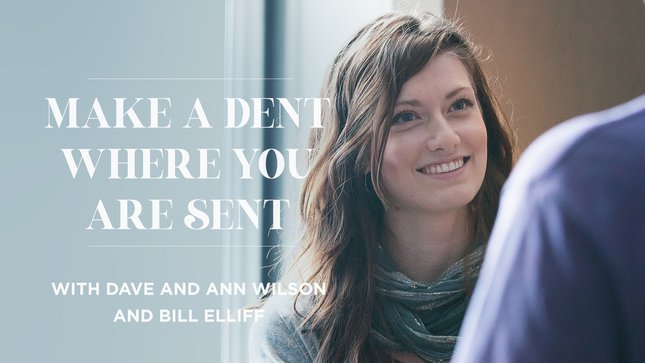 Make a Dent Where You Are Sent, with Dave and Ann Wilson and Bill Elliff

We could all use a little (or a lot) more hope this year. Did you know that you can spread hope this Christmas season, right where you are? Dave and Ann Wilson talk about ways to share gospel hope in the places God has sent you. Bill Elliff joins the conversation with encouragement to look for opportunities to boldly declare the gospel. Be inspired to shine the hope of Jesus whether you’re in the kitchen, your neighborhood, or the drive-thru lane.

Connect with Dave and Ann:

Darkness. Fear. Uncertainty. Women around the world wake up hopeless every day. What if you could play a part in bringing them freedom, fullness, and fruitfulness instead? Your gift ensures that we can continue to spread the message that Christ is King and that the way to know Him is through His Word. Spread gospel hope! Donate now.

(Un)remarkable
Previous Episode The Season of Giving
Next Episode Why Christmas Traditions Matter Even When We Cannot Gather, with Donna VanLiere and Robyn McKelvy