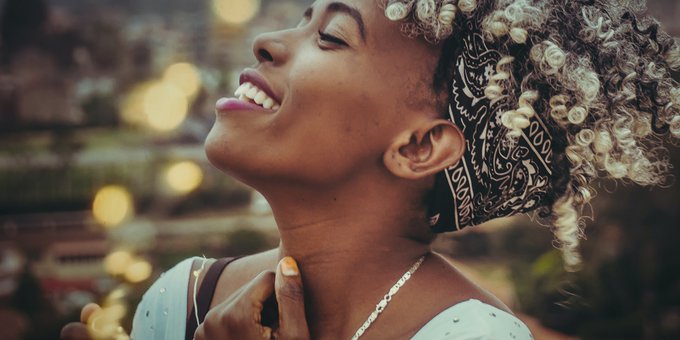 Your Redemption Has a Purpose

Have you ever noticed when reading the story of Israel’s exodus from Egypt that every time Moses says to Pharaoh, “Let my people go,” there’s always a reason? For example, in Exodus 8:1 God instructs Moses to declare, “Thus says the LORD, ‘Let my people go that they may serve me.’” (Or maybe your version says, “worship me.”)

Israel’s redemption had a purpose, and not surprisingly, so does ours. 2 Corinthians 5:15 says Jesus died so that “those who live might no longer live for themselves but for him who for their sake died and was raised.” Christ gave his life as a ransom, not so we could say, “Hey, thanks,” and then run off and live however we want. Rather, Christ has redeemed us so we can be His, a people for his own possession, ready and willing to serve him (Titus 2:14).

We’ve Been Saved to Work

For fear of legalism or teaching a works-based salvation, we often set the concept of purpose aside, burying it under a beautiful pile of grace. We enjoy flashing our eternal security badge way more than we like displaying our gold engraved God’s kingdom employee name plate—because that might cost us something.

I see it as a clever tactic of the devil to make us so fearful of preaching a message of works, that in the end, we preach no works at all. But it’s for service that we’ve been saved! “We are his workmanship, created in Christ Jesus for good works, which God prepared beforehand, that we should walk in them” (Eph. 2:10). We aren’t saved by our works (Eph. 2:8), but unto works, so “we may bear fruit for God” (Rom. 7:4).

We’ve Been Saved to Testify

But this is not just Israel’s story. This is the story of every believer. We once were lost, but now, we’re found. We once had insurmountable piles of debt, but now in Christ we have none. Instead, we have eternal blessings beyond comparison. According to Ephesians 2:1–3, we’ve been brought from death to life, and that’s a story worth telling.

We aren’t seated with Christ in the heavenlies because of anything we’ve done, but because of God’s great love lavished upon us. We’ve been given a story to tell so that we can testify of God’s goodness. We verify the truth of Scripture as we live free of sin and shame and in a right relationship with God. But how will they know if we don’t vividly and repeatedly express joy over our salvation? How will they see if we don’t adore our God?

We’ve Been Saved for Righteousness

God’s hope for Israel was to be a nation of priests, holy unto the Lord, pointing the rest of the world to God. Likewise, God’s hope for us is to be a “chosen race, a royal priesthood, a holy nation, a people for his own possession,” who proclaim the excellencies of the God who called us out of darkness and into the light (1 Peter 2:9).

Living in the light means living according to the light. As a people who are set apart for God, we have a responsibility to holiness. First Peter 1:14–15 says, “As obedient children, do not be conformed to the passions of your former ignorance, but as he who called you is holy, you also be holy in all your conduct.” We aren’t saved by our works, but that doesn’t mean we aren’t supposed to be obedient.

The world takes notice when we obey God. When we choose God’s ways over the world’s ways, our love for God reflects into a love for others. God who is rich in mercy, uses the righteousness of Christ produced in us to point the world to His own excellencies.

We’ve Been Saved to Glorify

We aren’t saved because we serve, we serve because we’re saved. Romans 6:22 says we’ve been freed from being slaves of sin so we can be servants of God. We are not our own. We’ve been bought at a price (1 Cor. 6:19–20), so that we can bring glory to God and thereby fulfill the deepest longing of our souls.

There is no nothing more gratifying than bringing glory to God by how we live our lives. And honestly, our souls won’t be satisfied until we do. Matthew 5:6 says, “Blessed are those who hunger and thirst for righteousness, for they shall be satisfied.” In doing so, we bring glory to God.

Living according to God’s way is God’s plan, not only for His glory, but also for our good. Grace is not a license to sin; it is the core reason not to! We haven’t been redeemed by the blood of Christ so we can live however we want and still go to heaven. We’ve been redeemed so we can live for God!

Our redemption has a purpose. Israel was saved so they could freely worship God, and so were we. I don’t know about you, but that’s a privilege I want to celebrate.

Redeemed to worship and testify to the goodness of God, filled by the Spirit and gifted with the mind of Christ—we’ve got work to do. There is purpose in our salvation. What an honor it is to be counted worthy of bringing glory to the King.

Previous Post Training Wheels for Your Heart
Next Post Ask an Older Woman #22: Battling Weariness When Your Husband Is Ill