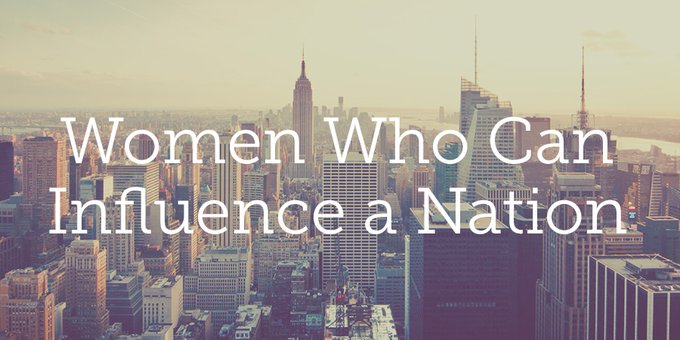 Women Who Can Influence a Nation

Without a doubt, America is in the midst of sweeping change. Healthcare. Same-sex marriage. The economy. A presidential election season. Not to mention the realities and events in the world that surrounds us.

In a nation—indeed a world—that desperately needs to seek God and put their trust and confidence in Him, what will you do?

So what is your response? Observation and opinion come easy. There is a staggering amount of news and information available to us and all kinds of ways we can share our opinions about what we've read, seen, and heard. I'm guessing already today you've either had or shared an opinion about something going on in our country or world. But should we stop at observation and opinion? Will that alone make an impact?

In Isaiah 30–32, we find that the women of Judah were faced with some similar questions. They were part of a nation in the midst of turmoil. The people of Judah, led by King Hezekiah, were being threatened by the Assyrians, and they were seeking help from Egypt instead of from God. They were placing their confidence and trust in man, so the prophet Isaiah charges them to instead seek and trust God. He does this in several ways throughout these chapters with specific warnings, possible consequences, and reminders. Isaiah 30:15 sums things up pretty well:

For the Lord GOD, the Holy One of Israel has said: "You will be delivered by returning and resting; your strength will lie in quiet confidence. But you are not willing."

And then, in his charge to trust God, Isaiah gets real specific with the women of Judah:

While all of Judah, including its king, were seeking help from man instead of from God, it's the women Isaiah specifically addresses in these verses.

So what's going on? Is he picking on the women? Are these "overconfident daughters" the source of the trouble? I believe the answer to both of those questions is "no." Instead I think Isaiah's particular call to these women reveals a trove of truth.

Why the women? Because Isaiah knew women could influence.

In the midst of a fearful nation, Isaiah saw some complacent women who had their trust in the wrong place. They weren't doing anything to affect the people around them, and they weren't trusting God. Maybe they had some opinions, but there was no action. No impact. YET Isaiah knew that if these women were to repent and earnestly, demonstratively seek the Lord, they could influence a nation.

While the people around them are scurrying to another country and men for help, these women had the potential to demonstrate utter trust in God. They could repent. They could pray. They could seek God and lead others to do the same.

While the people around them are scurrying to another country and men for help, these women had the potential to demonstrate utter trust in God. They could repent. They could pray.

I know women who have done these things, and seeing the impact they have had spurs me on. It challenges me to purposeful, intentional action to bring the truth and healing of the gospel to the hurting, lonely, fearful, and lost.

Just like the women of Judah, women today have the potential to make a profound impact.

So here's the charge to us, fellow women. In a nation—indeed a world—that desperately needs to seek God and put their trust and confidence in Him, what will you do? Will you be an example of one who turns from trust in man to trust in God? Will you stand up? Will you find your strength in the quietness and trust of a faithful God? Will you challenge and teach others to do the same? Will you pray? Will you humbly respond in obedience to whatever actions God shows you? Just like the women of Judah, women today have the potential to make a profound impact. May that impact be for God and His Kingdom.