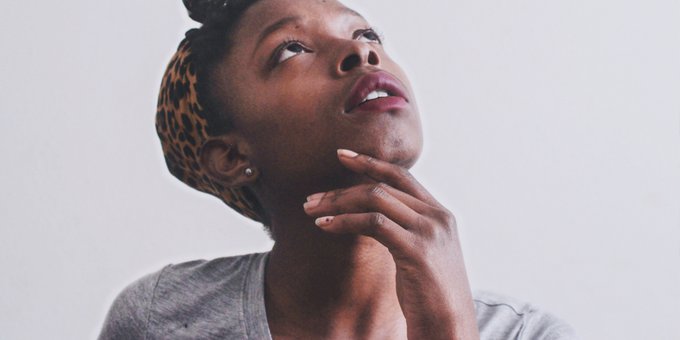 To the Woman Who Is Deconstructing

You’ve been raised with one understanding of who God is, what His Word means, and how you’re supposed to live, but lately the foundation of your faith feels a little . . . fractured. Something you’ve read or experienced or felt has changed you. It’s like you’re wearing a new pair of glasses. Everything you thought you knew about Jesus suddenly looks very different.

Our world loves to label big ideas. It helps us fit them into tiny boxes we can organize. Others with big questions about faith and the Bible have announced they’re “deconstructing.” This could make everyone with big faith questions deconstructionists. Except, it’s not that simple.

Maybe you’ve got a foot in two camps. There’s Jesus and your Bible and your church and your friends. They mean so much to you. Your experiences with Jesus mean a lot to you, too. You’re not ready to walk away. Then, there are those outside the Church’s walls who have questions like you do. Their voices keep speaking to you through podcasts and books and conversations. Do they know something you don’t? Are they enlightened in ways that you should be? You’re feeling stretched. It’s uncomfortable. Where can a woman turn with legitimate questions about God and the Bible?

May I offer five truths to run toward?

Consider Abraham. The very first book of the Bible records the account of God asking Abraham to sacrifice his son as a burnt offering. In response, Scripture tells us, “Abraham rose early in the morning, saddled his donkey, and . . . went to the place of which God told him” (Gen. 22:3–4). Talk about blind faith! Except, it wasn’t.

Hebrews 11:19 states that Abraham, “considered” (some translations say he “reasoned” or “concluded”) that “God was able to raise [Isaac] from the dead.” It wasn’t until after Abraham weighed the facts and considered what he knew to be true about the character of God that he took the first step of faith and obedience. If “Father Abraham,” through whom God birthed His chosen nation, could contemplate the character of God before responding to the Word of God, so can you.

Romans 1:19–20 is a favorite passage of mine. My mind circles back to it often when big questions start to bubble up inside of me.

For what can be known about God is plain to them, because God has shown it to them. For his invisible attributes, namely, his eternal power and divine nature, have been clearly perceived, ever since the creation of the world, in the things that have been made. So they are without excuse.

The world around us is filled with clues about who God is. His intention is that we look, perceive, and think.

There Is No “Question Not”

Open your Bible to the Ten Commandments found in Exodus 20. Find the “Question not . . . ” command. It’s not there, of course. No such command exists on a single page of the Bible. Instead, God invites us to ask Him to grow our understanding.

James 1:5 doesn’t harbor the tone of a totalitarian dictator who stiffens at the slightest question of his leadership. The tenor of this verse reflects the rest of Scripture and sounds more like a gifted teacher who loves to see the light bulbs blink on above his students’ heads as they reach new levels of knowledge.

If any of you lacks wisdom, let him ask God, who gives generously to all without reproach, and it will be given him.

“Without reproach.” Chew on those words for a moment. This is God’s response to your puzzlement. When we have questions, He does not bristle or distance Himself. He will not reprimand or rebuke you for wanting to understand Him. The “wisdom” of the world doesn’t offer the same promise. If you don’t accept the “truth” of the day you’ll be considered ill-informed and small-minded.

Remember Nicodemus. He was a man of faith who was, to use the language of today, “deconstructing.”

Now there was a man of the Pharisees named Nicodemus, a ruler of the Jews. This man came to Jesus by night and said to him, “Rabbi, we know that you are a teacher come from God, for no one can do the signs that you do unless God is with him.” (John 3:1–3)

Presumably, Nicodemus did not come to Jesus under cover of darkness because he feared Jesus’ reaction. He was more likely concerned about the establishment. He was a religious leader, wrestling with the fact that what he’d always believed about God didn’t line up with what he saw in Christ. We don’t know how his fellow Pharisees reacted. God didn’t find it necessary to preserve that in Scripture. We do know how Jesus responded: He listened. He answered Nicodemus’ questions. He patiently revealed the mysteries of salvation.

It reminds me of what God said to the prophet Isaiah, “Come now, let us reason together, says the LORD: though your sins are like scarlet, they shall be as white as snow” (Isa. 1:18).

In other words: let’s talk about this.

From the major prophets to the Gospels to the Epistles, God’s response to our questions is consistent: “Come,” “Ask,” “Seek.”

Learn to Love Your Whole Bible

I’m sure you’ve experienced the frustration of having something you said taken out of context. It’s true, you did use those words, but not in that way, and the end result was not what you intended.

Are there parts of your Bible that you understood one way but now understand them another way? Good! You’re growing. Have you seen God’s view on a topic or idea through a narrow lens and now you want to see it in panorama? Go for it. But don’t stop reading your Bible. Don’t swap out the inspired Word of God which has stood for millennia for a compelling podcast host. The Bible is big. It’s complex. There are parts of it that are hard to understand. There are parts of it that are easy to understand but hard to live out. The problem isn’t the Bible; it’s us. We are deeply flawed and desperately broken. When something seems off about the Scriptures, the lens is broken, not the Bible itself.

Take what you think you know about God’s Word and put it under a microscope. Look for what you’ve missed. Grow. Mature. But don’t stop reading your Bible. What other source can make (and keep) promises like this?

The sum of your word is truth,
and every one of your righteous rules endures forever. (Psalm 119:160)

Stick with the Saints

My husband and I were once in the middle of an epic fight—one for the ages. He was angry. I was angry. He was crying. I was crying. We talked ourselves in circles again and again and again. The root issues were the same ones we’d fought about a thousand times before. It seemed like we’d be stuck in the vortex of our frustration forever. Then he looked me in the eye and said, “You’re going to need to decide that I am not your enemy. I am for you.”

I did. Right then and there I decided he was on my team. It didn’t make our marriage perfect, but we’ve stopped the knock-down-drag-outs. My feathers don’t ruffle as easily when I know he is on my side. He gets frustrated less because he knows we’re playing on the same team.

I bring this up because many who are deconstructing have a complicated relationship with other Christians. There have been genuine hurts and grievous sins. If the church feels like a battlefield, it’s easy to question the kindness of the God we represent. On our best day, the Church is a group of sinners. We stumble and fall in many ways and very often there is collateral damage. But we are bound together by an unbreakable chord: the grace of Jesus. Because of His work in our lives we are the keepers of a commission so great that it keeps changing the world. Come close, dear reader. Picture me holding your face in my hands. We are for you.

I’m so sorry if we’ve hurt you. The pain of interpersonal conflict has a bad habit of distorting how we see everyone and everything. But just like I learned to lay down my weapons in marriage by choosing to see that my husband and I are on the same team, I invite you to see that the Church is not your enemy. I say it again, we are for you. You are a valued and valuable member of the flock of Christ.

If Job was on Instagram today some would label him a deconstructionist. Suffering caused him to ask big questions about the ways of God. I expect God’s answers to those questions weren’t what Job expected (Job 38–41). We cannot force God to answer us our way in our timing. Still, in his wrestling, Job reached a conclusion about God that is essential for all who wrestle.

Do we humbly approach knowing God and His Word, fully convinced that we are finite and (this side of heaven) will always have gaps in our understanding? Or, do we question God when He doesn’t fit into our preconceived notions? From our limited view on earth, we can only see the fringes of Him. There is always more to discover. If you’ve got questions, get lower, not higher. Humility is the only posture from which we can rightly wrestle with God’s character and God’s Word.

The New Testament records many examples when the expectations of a Messiah held by first century Jews were challenged by who Jesus was. Seeking Jesus forced them to deconstruct everything they thought they knew about God and faith. They were stretched to grow their understanding as the mystery of Christ was made known. Those who humbly surrendered their preconceived notions were changed by the Living God. Those who approached their questions and concerns about Jesus from a posture of pride, trying to fit Him into a box of their own making, missed Him completely.

Ask questions. Dig deeper. Grow. Stretch. Change. But approach faith humbly, not as a riddle you or anyone else can solve but as a gift into which you get to keep growing.

Previous Post Did I Fail as a Christian Mom? Five Ways to Succeed
Next Post Are You a Noble-Minded Student of the Word?
Store Donate Now My Account
Stay Informed via Email