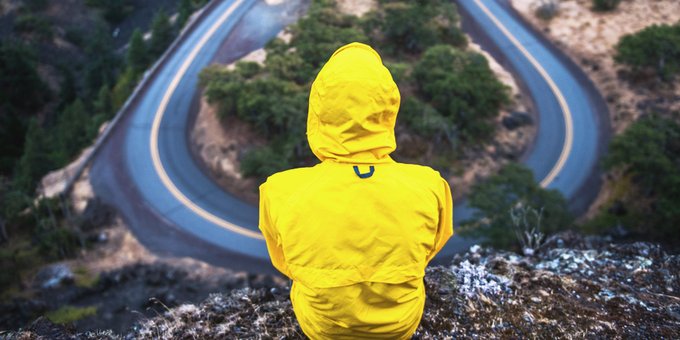 When Your Ministry Takes a U-Turn

Could this be your story?

The women you’re teaching at church are stirred with hunger for the Word. Each week the two-edged sword of Scripture is convicting women of sin and drawing them into deeper love for Jesus. The revival you’ve prayed for is happening right before your eyes. Then, you’re blindsided by an unexpected jolt: your husband loses his job which requires moving across the country. Instead of selecting new Bible study material in anticipation of another fruitful year, you’re packing boxes and saying goodbye. You’ve not only become a churchless vagabond overnight but your ministry is dying along with it. You whisper desperate prayers that only the Lord hears: Why now? What did I do wrong? Will I serve you again?

Perhaps it’s not a move but serious health issues that dealt a surprising blow to your ministry opportunities. Or a loved one suddenly needs a caretaker and you’re the only family member who can help.

My ministry has taken a U-turn over the past year. Before it happened, I was energized by the ways in which the Lord was moving in women’s ministry; I was as committed as ever. Then my life entered a hairpin curve which meant I was no longer able to serve in the same ways I once did. Crippling grief consumed my soul. My insides ached as the reality of a different future than the one I planned became reality.

Over the years, my failures have taught me to trust my wise King to determine where I serve, how I serve, and for how long.

Have you ever wished ministry was predictable like tracing point A to point B on a road map? If you answered yes, I’m in your camp. Like you, I’m not exactly fond of detours and obstacles. But when I try to chart my own course, the plans rarely work out the way I think they will. Over the years, my failures have taught me to trust my wise King to determine where I serve, how I serve, and for how long. As painful as it is, I’ve learned to trust Him even when He chooses to use someone else instead of using me.

God alone determines our route for ministry service. Ministry friend, whether we’re stalled on the highway in this season of life or cruising in the fast lane, we can be prepared for a U-turn when we’re submitted to God’s use like Philip the evangelist, whose story is found in Acts 6 and 8.

Stay Connected to the Holy Spirit while Waiting

We don’t know much about Philip until the time when he was commissioned by God as one of the first deacons in the early church. At that time, he was among the seven lay leaders chosen to resolve the issues creating conflict among a diverse group of believers in Jerusalem. His main job was to make sure the Hellenistic widows received their fair share of food.

These ordinary men didn’t step forward to volunteer, nor were they selected for their charismatic personalities and skill sets. The Lord tapped these servants because their lives demonstrated they were men “of good reputation, full of the Spirit and wisdom” (Acts 6:3).

While we wait for opportunities to serve, let’s not give in to grumbling or doubting or feeling sorry for ourselves but rather set our minds on the Spirit, which is life and peace, in order to be prepared when God calls (Rom. 8:5–6).

Philip lived under the training of the Holy Spirit and was ready when God called.

Roadblocks in ministry are frustrating.Leaders often don’t appreciate anything that slows them down in doing the Lord’s work. We can assume Philip and the first century deacons had thriving ministries in the midst of the Jerusalem revival. But when Stephen, one of Philip’s close brothers in the faith, was tragically stoned to death, persecution intensified. Ministry changed overnight. Philip’s role as a deacon in Jerusalem hit a dead end because God had a new purpose for Philip. He was to become the good news messenger to Samaria where the gospel would soon explode just as Jesus said in Acts 1:8. Like us, I suspect this Spirit-filled man grieved and questioned God a thousand times, yet he remained obedient to the Spirit.

Philip trusted God’s plan when his ministry was upended.

Be Willing to Go Wherever God Sends You

When God said go to Samaria, Philip went (Acts 8:5). He couldn’t have anticipated that Samaria (of all places!) would become a hotbed for the gospel to take hold. Seeds of the gospel had been planted there when Jesus took a detour to Samaria in John 4:1–26. The harvest was ready!

The Samaritans, who were considered half-breeds and detested by the Jews, were open to Philip’s preaching since he was a Greek-speaking Jew. He, too, understood what it felt like to be treated as second class in religious circles. God sent the right man for the job. As Philip shared Christ, they received the gospel with joy (Acts 8:8).

Philip learned the route of ministry always leads to places that need the gospel.

Remain Flexible and Obedient to the Lord’s Calling

Philip’s next phase of ministry came out of nowhere—perhaps when he least expected it. An angel told him in Acts 8:26–27, “‘Get up and go south to the road that goes down from Jerusalem to Gaza.’ (This is the desert road.) So he got up and went.” Say again? Philip was the lead man in Samaria. Did he pound his head in confusion, “Lord, surely You don’t want me to leave the gospel explosion in Samaria for a desert?” Did he argue that his people skills couldn’t be effective in the desert where there were no people. I would have. Not Philip. He was submissive to the Holy Spirit and didn’t clench his ministry role. He wasn’t enamored with big-time ministry because servants of God love Jesus more than a ministry assignment. Philip was willing to lay down one ministry calling to take up another.

Philip didn’t resist when God moved him to a new assignment.

Stay Alert to the Unexpected

God wasn’t finished with Philip. He didn’t send him to the desert to die. God’s plan was much bigger than any of us could have imagined. An Ethiopian court official happened to be traveling home on the desert road after a 1,000 mile pilgrimage to Jerusalem. The Holy Spirit instructed Philip to go over to his chariot. So Philip ran and heard him reading from Isaiah. He asked, “‘Do you understand what you’re reading?’ ‘How can I,’ [the Ethiopian eunuch] said, ‘unless someone guides me?’ So he invited Philip to come up and sit with him” (Acts 8:30–31).

Philip hailed the good news that Jesus was the Lamb of God that took away the sins of the world. This Spirit-led preacher then baptized the eunuch. What happened next can only be explained by God:

When they came up out of the water, the Spirit of the Lord carried Philip away, and the eunuch did not see him any longer but went on his way rejoicing.Philip appeared in Azotus, and he was traveling and preaching the gospel in all the towns until he came to Caesarea. (Acts 8:39–40)

Philip discovered that ministry to one solitary person who needs Jesus is paramount to God.

Philip had the God-given privilege to spread gospel joy wherever he went—in Jerusalem, Samaria, Azotus, Caesarea, and even briefly on a dusty desert road. His ministry was effective because he was tethered to the Holy Spirit and obeyed God’s call. Rather than leading by his gifts, ambitions, or strategic evangelistic plans, Philip was a servant who was led by the Holy Spirit in whatever he did and wherever he went. The evidence is seen in the Spirit’s power flowing through him to heal the lame, deliver the demon-possessed, break a sorcerer’s spell, and lead the first Ethiopian Christian to faith (Acts 8:6–7, 9–12, 35–38).

Twenty years later, Philip was esteemed as an evangelist (Acts 21: 8–9). His faithful life included raising four daughters who also loved Jesus and told others about Him. When Philip’s ministry took a U-turn, he didn’t flinch; he remained flexible and willing to serve wherever and however the Lord desired. Friends, may the same be said of us as we travel zigzag roads of ministry and purpose to spread gospel joy where we are right now.

We’re so grateful to see Leslie Bennett back in action on the Revive Our Hearts blog! Wish you could hear more of Leslie’s wise teaching? Sign up for the True Woman ’22 All-Access Livestream pass and get exclusive access to an audio recording of Leslie’s breakout session as well as every other breakout session and video of every session on the main stage. Or better yet, it’s not too late to join Leslie in person in Indianapolis September 22–24! Get all the details and register today at TrueWoman22.com.

Previous Post How Can You Be Sure?
Next Post I Know I Should Read More Books. But I’m Not Sure How.