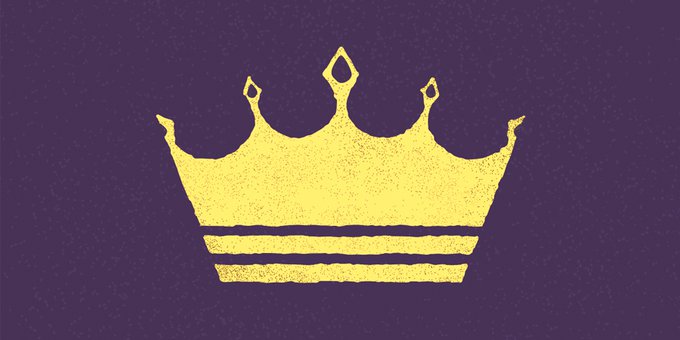 41% 41%
Give Today Give Today
Note: Want to see more glimpses of Jesus in the Old Testament? Check out Erin Davis’ new study, 7 Feasts: Finding Christ in the Sacred Celebrations of the Old Testament, yours this month when you make a donation of any amount to Revive Our Hearts.

“I just want to be like everyone else!” It’s the plight of every middle-schooler at one time or another. It’s also a tale as old as time.

In 1 Samuel 8, the elders of Israel unite to ask Samuel to appoint a king over them in hopes of being more like the other nations. Until that time, various judges had ruled over Israel, resulting in tribal rivalries, disunity, and a severe lack of godly leadership. So Israel’s request for a king wasn’t necessarily a bad idea.

God had promised Abraham that kings would come from him (Gen. 17:6), and God repeated the same to Jacob (Gen. 35:11). Provisions for Israel’s kings are even prescribed in the law (Deut. 17:14–20) long before Israel ever made their request.

And yet, when Israel’s elders make their appeal to Samuel, it displeases both Samuel and the Lord. And here’s why: the elders were not asking for the King God had promised—a king to lead them in the ways of the Lord. They were asking for a king like all the other nations. In other words, they weren’t asking for a king to help them follow God; they wanted a king to rule over them instead of God.

Did you catch the trend? A king—like the other nations—would take and take from the people until he enslaved them. But Israel doesn’t care. The nation insisted, “No! But there shall be a king over us” (1 Sam. 8:20).

Let’s not forget, Israel’s calling as God’s chosen people was to be set apart (distinct) from the other nations so that God could reveal himself to the world through them. So their request for a king is a rejection of their calling: No thanks, we’d rather be like everyone else.

As a result, God gives them what they asked for in Saul. Saul’s name even means “asked for.” Saul does not lead Israel in the Lord’s ways but is, in many ways, a king just like those of the other nations. He takes what he wants whenever he wants it. He is self-centered, narcissistic, and rebellious toward God’s will.

But God is gracious to Israel and decides to give Israel a king of His choosing. A king who desired to do God’s will: King David. If you’re familiar with Scripture, then you probably already know that David wrote many of the psalms we cherish today. David’s heart for God is evident through the outpouring of worship He offers God even in difficult circumstances.

David was not perfect, but David loved the Lord, and therefore God chose David as King of Israel. In many ways, David is a picture of God’s ultimate choice as King: Jesus Christ, who reigns eternally from heaven today. And perhaps nowhere is this comparison better seen than in 1 Samuel 30.

At first glance, 1 Samuel 30 is not a chapter where you would expect to catch a glimpse of Jesus. David and his men have returned home to Ziklag (their home away from home in Philistine territory) only to find their wives and families carried off by the Amalekites. David and his men are distraught over their missing loved ones; they weep until they can’t weep anymore (1 Sam. 30:4).

But then David inquires of the Lord, and God tells him to pursue the Amalekites, “for you shall surely overtake and surely rescue” (1 Sam. 30:8). So David sets out to regain those who belong to him, and it’s no contest. David destroys the Amalekites and makes a complete rescue.

David recovered all that the Amalekites had taken . . . nothing was missing, whether small or great, sons or daughters, spoil or anything that had been taken. David brought back all. David also captured all the flocks and herds, and the people drove the livestock before him, and said, “This is David’s spoil.” (emphasis added)

Three times in two verses, the text emphasizes David’s complete recovery; nothing that belonged to him was missing. In the same way, Jesus also came to earth to rescue us from captivity, losing none who belong to Him. Jesus said in John 6:39, “And this is the will of him who sent me, that I should lose nothing of all that he has given me, but raise it up on the last day.”

There is no one Christ can’t save; His rescue is perfect and complete every time.

God’s King Is the King Who Gives

But what’s more, the spoils of victory were great for David, and the spoils of victory are even greater for Christ, including (but not limited to) pastors, elders, and church leaders (Eph. 4:8); every spiritual blessing in the heavenly places (Eph. 1:3); redemption through His blood and reconciliation with God (Eph. 1:7); an eternal inheritance (Eph. 1:11); and the Holy Spirit (Eph. 1:13) just to name a few of Christ’s gifts to us.

Then David proceeded to send gifts to his friends throughout Judah. Why is that detail so important? In contrast to Saul and the kings of the other nations who take and take, David is a portrait of Christ: the King who gives and gives.

Jesus Christ is indeed the King of kings, but He is not a king like all the other nations; His kingdom is not even of this world (John 18:36). Jesus doesn’t take from us but gives to us. “For even the Son of Man came not to be served but to serve, and to give his life as a ransom for many” (Mark 10:45).

Jesus is the King who gave His very life.

Praise the Lord that Jesus is not a king like those of all the other nations. He alone rules with a scepter of righteousness (Heb. 1:8–9). He doesn’t incessantly take from us but incessantly gives to us. To follow Christ is to live a fulfilling life. But when we allow anyone (or anything) other than Christ to rule over us, it will drain us, just as it drained Israel.

To make anything other than Christ the King of your heart will leave you feeling empty, for Christ alone is the King who gives. What’s more, if King David (a man after God’s own heart) knew how to give good gifts to men, how much more does King Jesus (who is the heart of God)?

If you’re discouraged today remember: as Christ-followers, we don’t serve a king who takes. We serve the only King who gives.