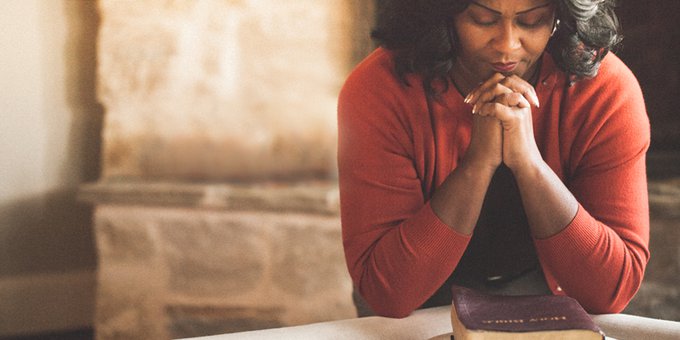 As a teacher of high schoolers for over a decade, I saw many types of responses from students as I did my best to teach them the finer points of the English language. Some checked out to some other planet in their brain; some fell asleep; some listened begrudgingly; and some blessed students looked like they were enjoying whatever riveting lesson I was presenting that day. While many students asked many things of me over the years, never once did any of them come to class, sit down, and say, “Teach me.”

I’m sure they thought that was implied by my job. They shouldn’t have to ask—and that’s true. They shouldn’t. However, as students of God’s Word, we should bring that very request to the Father.

The psalmist of Psalm 119 clearly loved and meditated on Scripture. He had stored it in his heart, likely had vast portions of it memorized. From what we can tell, he knew it backwards, forwards, and upside-down. However, he still implored God to teach him His statutes. And you and I should as well. Here’s why:

While we may think of the psalmist as a superhero of the faith, a man who ate Scripture for breakfast and washed it down with a glass of meditation, a closer look at the psalm reveals a man in pain. Yes, he loved God’s Word and spent copious time in it. However, he was suffering. Verse 25 opens with this line of desperation: “My life soul clings to the dust.” I picture a weary traveler walking through the desert (something Jews would have been quite familiar with). Perhaps this traveler is lost and has run out of water and has no means of conveyance besides his own blistered feet. He’s utterly exhausted, and his only hope of survival is that another traveler will come along and find him and restore him to life.

Whatever circumstances in the psalmist’s life led him to say that he is “clinging to the dust” must have been quite severe. He follows that image with the urgent request, “Give me life according to Your word.” He realizes that only the refreshing, reviving water of the Word of God will restore him. The next verse continues the idea.

“When I told of my ways, you answered me.” The psalmist, the weary traveler clinging to the dust, has cast his burden on the Lord and not been disappointed. God answered him. However, he does not seem to be in better circumstances. So, he turns again to the power of Scripture, praying, “Teach me your statutes!”

The first reason that you and I need to cry out to God to teach us His Word—even if we’re lifelong learners of it—is that we need to be revived. The psalmist didn’t have the attitude that he had mastered Scripture or that it would no longer help his problems. Instead, he begged God to teach him the Word, to help him see the wonders revealed there. This is the canteen full of cool water that his soul was searching for.

Are you weary? Ask God to teach you His Word and to revive your soul.

We not only need God’s teaching because we need revival, but also because we need to renew our minds. One consequence of sin on humanity is what theologians call the “noetic effect.” I once heard a pastor and biblical counselor explain this technical-sounding theological term as simply this: “Sin makes you stupid.” Admittedly, this may sound harsh, but if you’ve ever thought back on a poor decision you made and thought, What was I thinking? you understand this principle. Even after salvation, our minds, like the rest of our flesh, must be renewed and conformed to the image of Christ (Rom. 12:2).

The psalmist must have understood this to some degree, for he prays in verse 33, “Teach me, O LORD, the way of your statutes; and I will keep it to the end” Later in this same stanza, he prays, “Incline my heart to your testimonies, and not to selfish gain! Turn my eyes from looking at worthless things; and give me life in your ways” (vv. 36–37). The poet realized that without the work of renewal through the Word, his fleshly mind would rationalize sin and justify going his own way.

Are you prone to wander? Ask God to teach you His Word to renew your mind.

A common refrain in our postmodern, post-truth, post-Christian world, is “Live your truth.” While this phrase gives more evidence that sin does in fact make us stupid, its dangerous philosophy can seep into our minds and hearts if we’re not on guard. “Live your truth” essentially means that you get to do what you feel like doing when you feel like doing it and in the way that makes you feel the best. Of course, we’re painfully aware of the ever-widening consequences of this philosophy in our world, but perhaps we’re less aware of how it might show up in our own hearts.

We believe lies like, “I won’t ever change. This is just how I am.” Or, “I had to react that way. I really had no other choice.” Or, maybe, “I just really feel like this is the right choice to make.” Regardless of what the lie sounds like in your head or mine, we need to say along with the psalmist, “Teach me good judgment and knowledge, for I rely on your commandments” (v. 66).

Our enemy wants nothing more than for us to rely on our own wit, wisdom, and discernment. He wants us to think that our “truth” is the truth. And he never wants us to hold it up to Scripture to see whether it’s accurate. The longer he can keep us away from the plumb line, the farther away from “plumb” we’re likely to drift.

Do you need real discernment and judgment? Cry out to God to teach you His truth (the only truth there is).

The psalmist had enemies, and they were out to get him. He describes his circumstances as entrapment (vv. 61, 110) and subversion (v. 78), and says that the wicked “hope to destroy” him (v. 95). Verse 69 tells us that they’ve forged a lie against him. We don’t know what that lie was, but it seems that he didn’t have a lot of recourse to fight it. However, he did have his theology. Just one verse earlier, the psalmist prays, “You are good and do good, teach me Your statutes.”

I love this simple declaration of God’s goodness, and it comes from a person who would have had good reason to doubt. If I were the target of a conspiracy and had enemies out to ruin my life and livelihood, I might find it difficult to sing “God Is So Good.” Not so for the psalmist. If that children’s song had been written in his day, he would have belted it from the rooftops. Even in his affliction, the psalmist declares God’s goodness. But notice what follows that statement: “Teach me your statutes.” Why follow the bold statement of faith with such a request?

The psalmist knew that in the midst of affliction, he needed God’s Word to recalibrate his thinking. The psalmist wasn’t content with what he had already learned and declared. He knew that if he didn’t cling to Truth and depend on the Teacher of Truth, his sinful mind would be tempted to abandon Truth altogether.

I’ve heard it said that suffering is a fight for faith. This reminds me that faith is never automatic when trials strike. Suffering wages war on even simple truths—like the goodness of God. If I don’t keep coming back to God and asking Him to teach me His Word, I’m likely to lose the fight.

The psalmist realized this. Do you?

Friends, I hope that you love the Word and desire to spend a lifetime soaking in it. Maybe you already have. Whether you’ve read it cover to cover a hundred times or never gotten past Genesis so far, may you always cry out to God, “Teach me Your statutes!”

Previous Post Do You Tell Yourself the Truth?
Next Post Week 8: Trusting Jesus Leads Us to Truth
Store Donate Now My Account
Stay Informed via Email