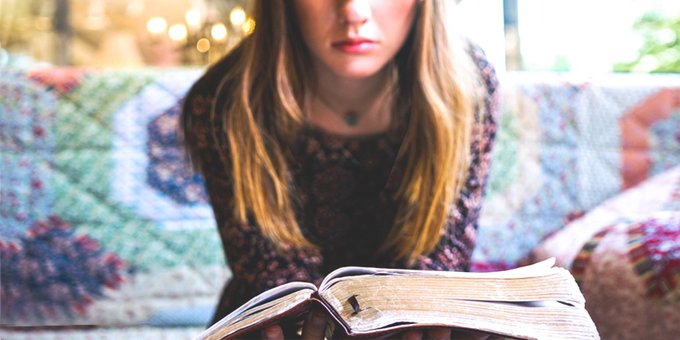 Nothing makes a jury’s job easier than eyewitness testimony that corroborates circumstantial evidence. An overwhelming majority of the time, an eye witness will sway the jury to his or her point of view. However, while many eyewitness testimonies rightfully identify the guilty party, other times the “star witness” turns out to be mistaken.

The human memory, while absolutely amazing, is not as reliable as we’d like to think. We’ve all had the experience of thinking we remember something so clearly only to find out that our memory was inaccurate. The same happens sometimes to eyewitnesses. It turns out the culprit didn’t have a mustache or didn’t drive a white truck. Or it happens that the perpetrator’s coat was actually red instead of black. Unfortunately, many innocent people have been wrongfully incarcerated because of a well-intentioned, but mistaken, witness.

We humans are fallible, but Scripture tells of the True and Faithful Witness.

We humans are fallible, but Scripture tells of the True and Faithful Witness.

In the opening chapter of Revelation, John designated Jesus Christ as the Faithful Witness:

And from Jesus Christ, the faithful witness, the firstborn from the dead and the ruler of the kings of the earth.

To him who loves us and has set us free from our sins by his blood. (Rev. 1:5, emphasis added)

This title was reiterated in Christ’s letter to the church in Laodicea:

“Write to the angel of the church in Laodicea: Thus says the Amen, the faithful and true witness, the originator of God's creation.” (Rev. 3:14, emphasis added)

This name of Christ reminds the Church that her Lord sees her and will testify about what He sees. Let’s take a whirlwind trip through the seven letters in Revelation 2 and 3—they’ll demonstrate both the comfort and conviction that knowing Christ as the Faithful Witness can bring.

He Sees Your Lovelessness

We begin in Ephesus with a church that had a lot going for it. Christ commended the Ephesians for all of their great works: their labor and endurance and refusal to put up with false teaching (Rev. 2:2). In the eyes of the city and anyone who walked into the doors of their church, that would be enough. This church did everything right. They dotted every I and crossed every T. And Jesus testified to that.

But that’s not all.

He also saw that they’d lost their love. To put it in the words of Paul, they had become a “noisy gong” or a “clanging cymbal” (1 Cor. 13:1). The True and Faithful Witness testifies to our lovelessness as well.

He sees the Christian servant going through the motions of ministry.

He sees the fake smiles and the superficial conversations during fellowship time.

He sees the sermon that’s doctrinally sound but lacking a shepherd’s loving heart.

He sees the pews filled with people attending church out of rote duty.

He sees the songs sung with tuneless hearts.

He sees the petty argument on social media over theological minutia.

He sees. He testifies.

He Sees Your Compromises

The churches of both Pergamum and Thyatira thought they were keeping it together. They hadn’t denied the name of Christ. In fact, in Thyatira, their service was getting better all the time. Both churches showed perseverance and spiritual grit. But Christ, the True and Faithful Witness, saw more.

He saw their compromise as both churches had allowed false teachers to infiltrate their ranks. Thyatira to a greater extent, but Pergamum was well on its way.

Compromise always starts small. Of course it does. Satan is no fool. He knows he can’t ask for a mile all at once, so he takes it an inch at a time. The Faithful Witness sees every inch surrendered. No compromise, whether philosophical, moral, theological, or physical escapes His notice.

He sees every video played of a charismatic and popular, but unbiblical, teacher.

He sees every page of a gripping, but over-the-line, novel.

He sees the extra few minutes stretched out of every lunch and coffee break.

He sees the flirtatious interactions at work.

He sees and He testifies.

His message to the compromiser: repent while there’s still time.

He Sees Your Self-Sufficiency

The church at Laodicea was infamously “lukewarm,” a term that was often used to mean that the believers there were tepid in their passion for God. They weren’t opposed to Him, but they weren’t on fire for Him either. While that message preached well (and was perhaps a better picture of the church in Ephesus), the problem in Laodicea was actually much worse. They were self-sufficient.

For you say, “I'm rich; I have become wealthy and need nothing,” and you don't realize that you are wretched, pitiful, poor, blind, and naked. (Rev. 3:17)

They thought they were just fine the way they were. But Jesus didn’t want to leave them there:

He sees our ill-fated self-sufficiency as well.

He sees our efforts to make ourselves holy outside of the power of the Holy Spirit.

He sees our toil to keep all the plates spinning by our own energy.

He sees the candles we’re burning from both ends to get all the things done.

He sees when we neglect prayer because we think we have too much to do.

He sees, and He testifies. And because of His love, He disciplines:

As many as I love, I rebuke and discipline. So be zealous and repent. (Rev 3:19)

Don’t get disheartened! The Faithful Witness doesn’t see just the hidden faults. He sees the hidden graces as well.

He Sees Your Suffering

One entire letter was dedicated to a suffering church. Christ said nothing about the believers at Smyrna except that they were suffering and were about to suffer more. So why did John waste the paper and ink to send this letter? Among other reasons, perhaps the Shepherd wanted to let His dear lambs know that He saw them. They were not forgotten.

Like the believers in Smyrna, perhaps you feel defined by suffering in this season of life. Everything in your sphere seems to orbit around your valley of despair, and yet you feel left behind, neglected, and forgotten by God. Take heart, my friend. The Faithful Witness sees you, and He holds out hope to you.

His message to this church and to the suffering saint is simple: “Be faithful to the point of death, and I will give you the crown of life” (Rev. 2:10). Or, if I may paraphrase, He says, “Endure, dear one. Be faithful, for eternity awaits, when I will personally crown you with eternal life, eternal glory, eternal joy.”

Be faithful, and remember: He sees and He testifies.

The one who conquers will never be harmed by the second death. (Rev. 2:11)

He Sees Your Hidden Faithfulness

Christ had some harsh words for the various churches He addressed. He threatened to remove the church at Ephesus (2:5), to bring a sword and make war against the church in Pergamum (2:16), to cast the compromisers in Thyatira into great affliction (2:22), and to spew the lukewarm, self-sufficient posers in Laodicea out of His mouth (3:16). However, in the midst of those ominous warnings, Christ didn’t overlook those in the churches who remained faithful to Him.

To the faithful in Thyatira He said that He put no burden on them (2:24).

To the righteous ones in Sardis, He promised robes of white (3:4).

And to all the overcomers—all genuine believers in Christ—He promised unimaginable gifts, such as eating from the tree of life (2:7), protection from the second (and eternal) death (2:11), authority over the nations (2:26), and a seat with Christ Himself on His throne (3:21).

You or I may, at some point, have fifteen minutes of fame. But most of our lives will be spent in relative anonymity doing mundane and repetitive work. Our ministries won’t be flashy, our hospitality won’t be extravagant, and our obedience will be nothing outstanding. By God’s grace, though we stumble often, we’ll get back up and keep heading in the right direction. And most of the time we’ll feel that no one sees and no one cares.

But the Faithful and True Witness sees it all. His testimony before the Father will be to commend such simple acts of obedience and faith. When we enter His glory, He will clothe us in white and welcome us into His presence with a simple testimony:

“Well done, good and faithful servant. I saw you every step of the way. Enter into the joy of my presence!”

Previous Post Is There an Easy and Transformational Way to Study the Bible?
Next Post Looking for Contentment? It’s Not What You Think